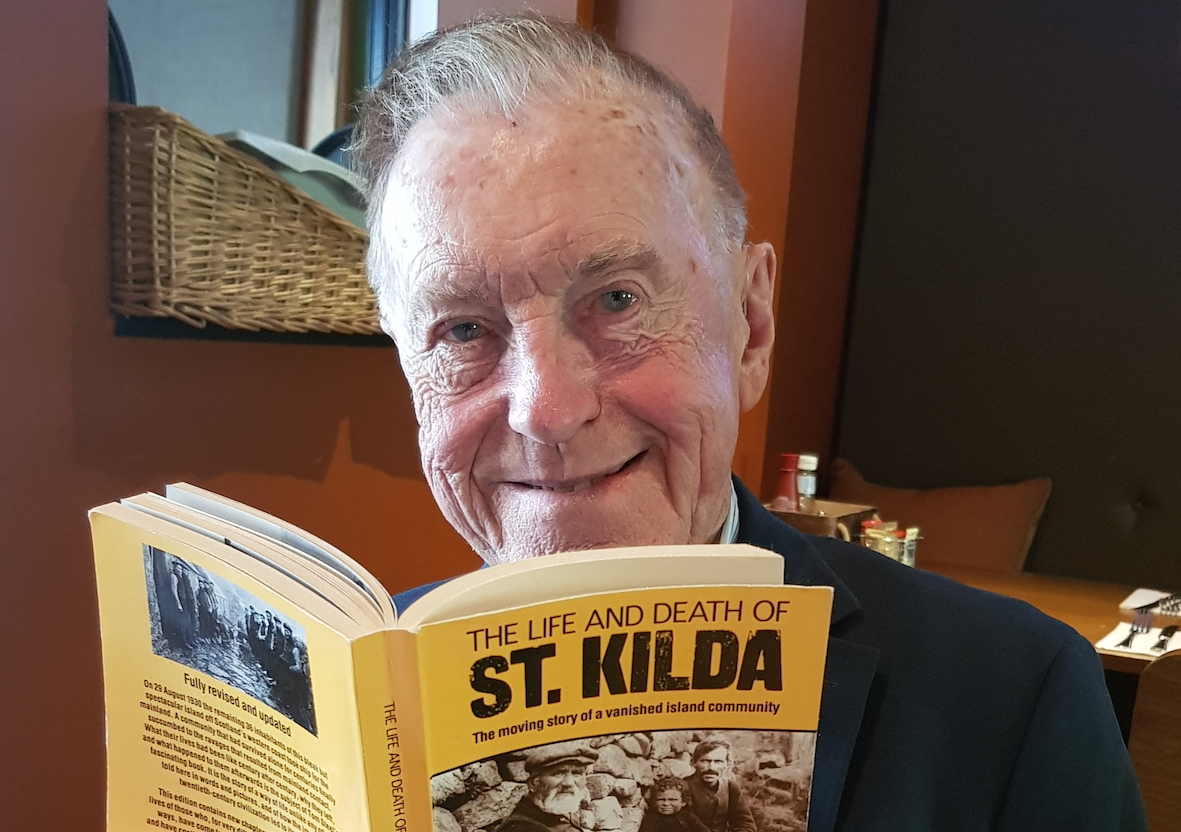 The world’s most travelled man is in the Western Isles this weekend, as he hopes to add Stornoway and St Kilda to his list.

Robert Bonifas, who is aged 82, is Number One on the ‘Most Travelled People’ website’s Hall of Fame.

He’s visited 862 of their specially-assigned global locations, and has 29 more to go.

Illinois-based Robert made his fortune in the detection-alarm industry, and his firm has a workforce of more than 300.

Since starting out on his globetrotting adventures almost 20 years ago, he has set foot on some of the most uninhabited and unforgiving places on earth.

“I had to hire a Russian nuclear submarine to get to the North Pole,” said Robert . “That was a lot of fun.”

When alerted that Stornoway had been added to the global destination challenge list, Bonifas immediately rerouted from the Netherlands, via Frankfurt, and Oslo.

“I had no idea St Kilda was so close to Stornoway,” he laughed. “When I checked Google it threw up the province of St Kilda in Melbourne, Australia, so I was all set to go there.

“When I realised it was right beside me, geographically speaking, it was a real bonus.”

The Most Travelled People challenge website attracts thousands of members each year.  On Christmas Day 2018, the website added 19 new locations, picked from all over the globe.  Among them were Stornoway and St Kilda.

Having set foot in so many places, Robert is used to being asked which is his favourite destination.   “Dubai, no question,” he said.  “It’s just staggeringly impressive.”

And his worst?  “I don’t like to say, but I wouldn’t feel comfortable going to Iran these days, given the current political climate.  And North Korea is gorgeous, but again, unstable at the moment given the breakdown in talks with the US, and then Kim Jong Un meeting Putin only this week.”

With today’s (Saturday) weather looking favourable, it now looks as if Robert will be able to reach number 864 on the Most Travelled People list, with Stornoway and St Kilda both successfully negotiated.

But the latter did give him a scare, as he admitted: “I was supposed to get to St Kilda on Friday and the weather turned nasty. I need to be back in the States on Sunday, so if I hadn’t got to go on Saturday I would have missed out.

“That would have been beyond frustrating, but I’d have come back to do it soon, no question.”

(Article and photograph contributed by Iain A Macsween ©)