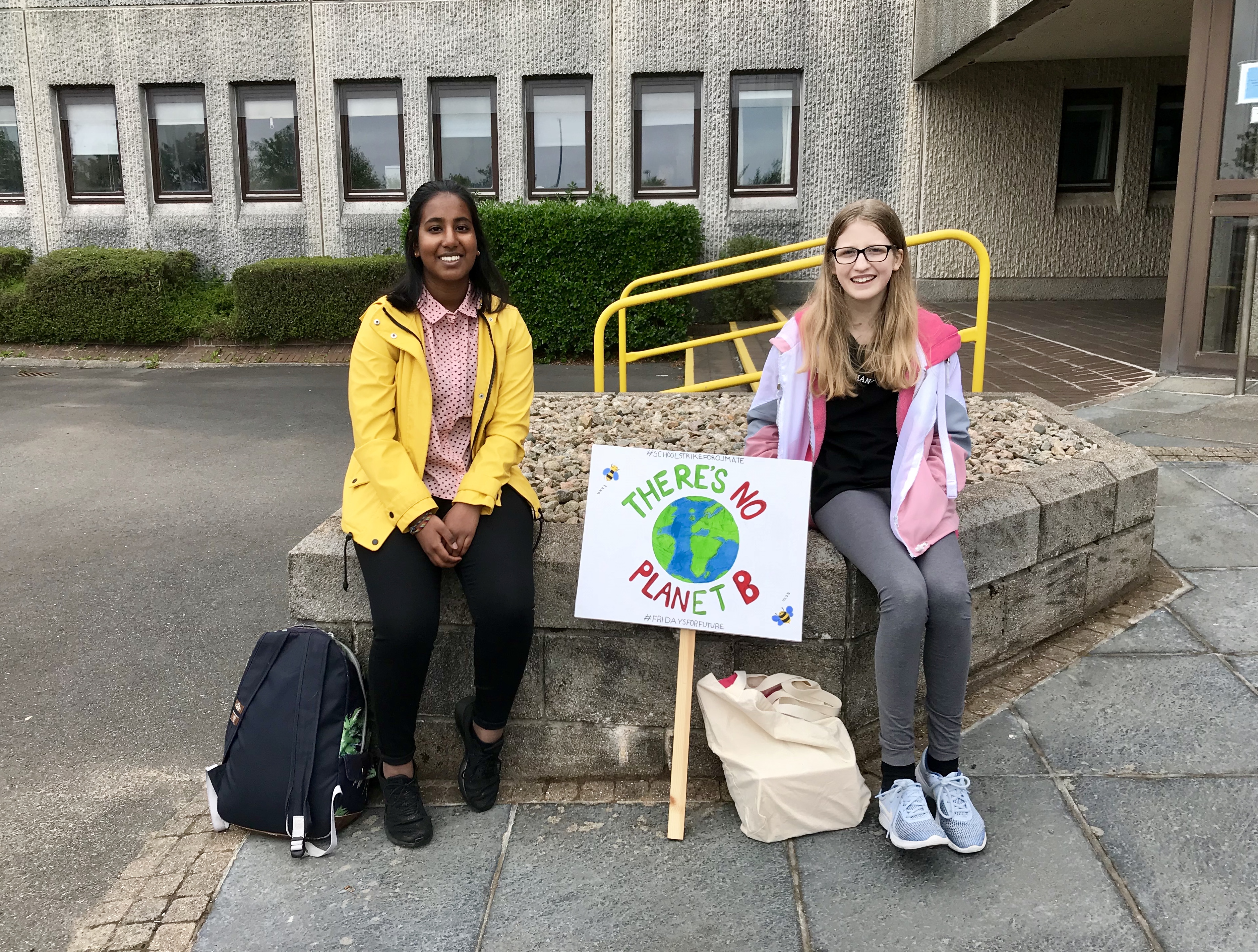 “There is no Planet B” – standing in front of the council headquarter in Sandwick Road, Stornoway, today (Friday May 24th)  in the message from Sakshi (S4) and Gabi (S1) is clear now is the time to tackle climate change head on.

Sakshi who has aspirations to study product design at university talked of her dismay at the future for her generation “I understand the importance of a good education and want to go to university but that will be meaningless if we don’t tackle climate change now.  Our planet is dying and that is something we can’t ignore. The government has declared a climate change emergency which we must take seriously.”

Gabi continued by urging the people of the Western Isles to act, “In the Western Isles we are very lucky; the majority of us are in a position to take steps to positively impact the environment. It is our responsibility to make changes to the way we live however small. If we fail to do so it will be the poorest people around the world who suffer first.”

Gabi who has only just come to the end of her first year of Secondary education said, “I always thought that climate change was just something for scientists to discuss but having done some research I’ve realised that we all must act now. It is down to us all as individuals to make small changes to our day-to-day lives.”

Bernard Chisholm, Director of Education and Children's Services said, "The pupils protesting today are sharing their views about the effect of climate change on our planet. They are showing initiative and making arguments which are every bit as educated as our politicians, whilst being respectful to their fellow peers sitting exams today.  They are part of a global movement, with over a million children protesting worldwide and we are very proud of their efforts to raise awareness of this issue."

Speaking on the climate change demonstration Alasdair Allan MSP said, “A number of school pupils of different ages in the islands have been in touch with me in recent days about the climate change protests around the world. I am really pleased to see young people in the islands showing such commitment to tackling what is now acknowledged to be a climate emergency. There is a lot that can be done within the islands to tackle some of these issues, and some very direct consequences for us in terms of rising sea levels – to take one example- if rises in global temperature are not checked soon.”

Allan continued discussing what steps can be taken in the Western Isles to tackle climate change, “The development of renewable energy in the islands can play a major role in making Scotland a carbon neutral country, but also smaller efforts such as beach cleans highlight the amount of plastic in our seas and make people think about that issue too. I congratulate young people for making politicians think about all these questions and many more.”

The girls were both inspired by 15 year old Swedish environmentalist Greta Thunberg. Thunberg started the School Strike for Climate movement in August when she held a solo protest outside the Swedish parliament. Since then she has garnered worldwide attention from politicians and fellow pupils alike.

Photograph includes Bernard Chisholm, director of education and children's services who stopped to talk to the youngsters 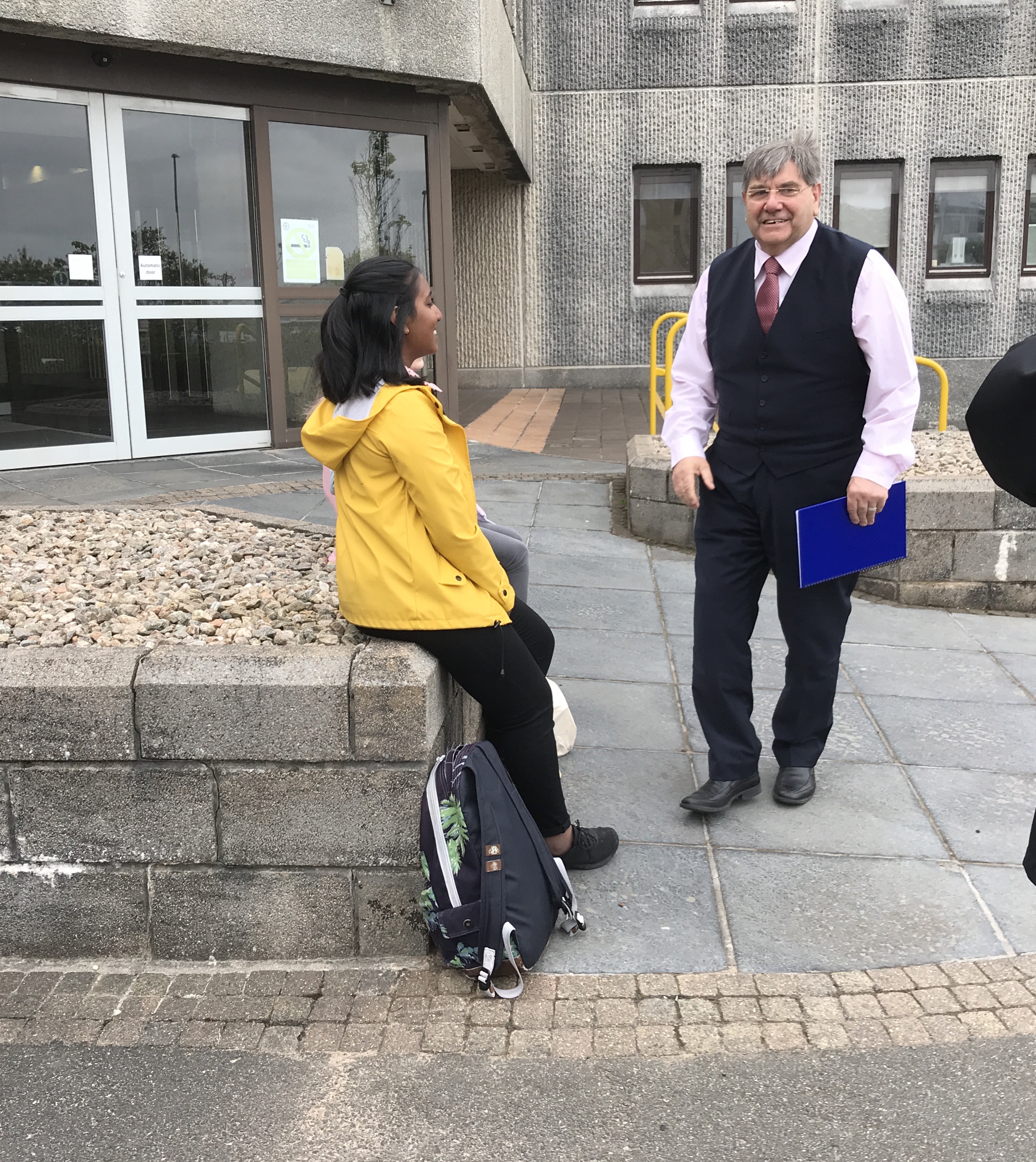