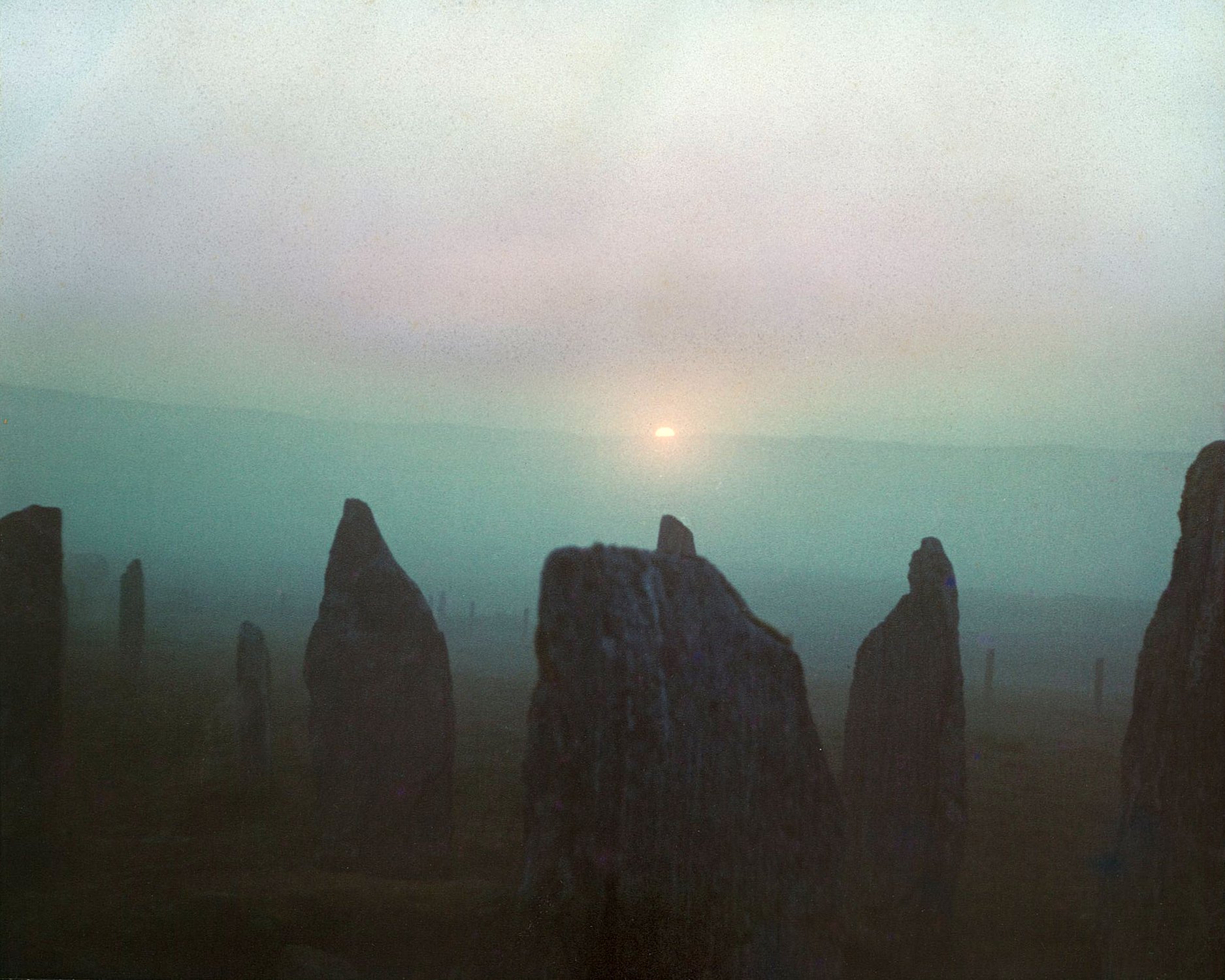 Former Chair of UNESCO Scotland, Malcolm Maclean, who lives in Uig, has challenged Historic Environment Scotland to update their information panel at the Calanais Stones.

He sees the wording on the panel as misleading to the 50,000+ visitors who make their way to Calanais each year and failing to do full justice to the importance of the site.

Calanais is older than Stonehenge and one of the largest, most northerly and most complex archaeological sites in the UK.

The information panel currently reads: “Solar and lunar alignments are confirmed at other standing stone sites. It is unclear whether or not this is the case with Calanais.”

Maclean is very clear that Calanais has solar alignments and has compelling photographic evidence to prove it.  He states:“Forty years ago I was supporting Margaret Curtis in her mapping of the numerous standing stone sites in the Calanais area and looking out for possible alignments.

"Two friends - Jim Macdougall and Dave Toner - were deeply sceptical about the alignments idea but wanted to experience the early morning atmosphere so one misty midsummer morning they accompanied me to the main site. We were the only people there and the 4am mist was so thick we could barely see across the circle.

"Macdougall was an experienced mountain climber and climbed to the top of one of the taller  stones. We had no expectation of seeing the sunrise never mind a discovery.

“Suddenly the mist began to clear and we saw the first flash of the sunrise so I focussed my camera  and handed it up to Jim. He was peering through the viewfinder when the great sceptic said, “That’s funny. Its coming up just behind that pointy stone on the far side of the circle - and there’s another one on this side.”  We were all astonished.

"The hairs on the back of my neck rose up as I realised what we were seeing. If we had two stones and the midsummer sunrise aligned in the viewfinder then the viewing stone formed an indisputable alignment of four points!

"We were perhaps the first people in thousands of years to see a sight designed into the Calanais stones by their original architects 5,000 years ago. The last carrier of that knowledge had died without passing the secret on, and we had stumbled upon it.

“The last of the mist disappeared with the rising sun and we realised these key stones were highly distinctive.   The last stone in the sunrise alignment – Stone 43 - is the only Calanais stone that forms a perfect triangle, an arrow that precisely marks the point on the horizon where the midsummer sun will rise. The first stone – the “Viewing Stone” or Stone 9 - is the only megalith in the Calanais complex that stands alone and does not fit into the cruciform pattern. It was previously thought to be the remains of an outer circle or of a second western arm of the cross. It is in fact this Viewing Stone that is key to a fuller understanding of Calanais.

“Stone 9 is also potentially a lunar marker. It aligns with yet another distinctively anomalous stone at the top of the avenue – Stone 34 – to mark the point on the horizon where the most northerly moonrise is calculated to take place.

"Stone 34 is distinctive on two counts. It is the only stone in the avenue that sits out of parallel with the others towards the middle of the avenue. It is also a very broad stone – approx a metre across by 10 cm wide - that is oddly angled so that only the slim 10 cm edge that is visible from the viewing Stone 9.

“Positioning stones to create accurate lunar or solar alignments would require years of sustained observation and documentation. Tracking the 12 months of the sun’s midsummer/ midwinter cycle across the sky is one thing, but the moon’s cycle is much more complex. The lunar cycle takes 18.6 years and would require generations of scientific observation. Somerville and Curtis have calculated that Stones 9 and 34 align with the most northerly moonrise but visual confirmation will not be  possible until 2025.

“Recently published research by Adelaide University uses extensive statistical analysis of 125 standing stone sites and an advanced 3D astronomy and landscape programme to reveal a remarkable understanding of the connection between the sun and moon and their own world. Their research confirms that Scotland’s ancient island peoples had a highly sophisticated system for observing solar and lunar cycles and there was nothing random in the placement of these stones.

“Public acknowledgement that the architects of Calanais were early astronomers also has a developmental significance. Calanais is well qualified for UNESCO World Heritage status on archaeological heritage grounds and many wrongly assume that it is already a world heritage site. Achieving World Heritage status, however, is a lengthy, rigorous, highly political and intensely competitive process requiring strong support from government and its agencies.

"As a UK delegate at the UNESCO World Heritage meetings in 2013 in St Petersburg  I found myself discussing Calanais with the Chair of UNESCO’s Science Committee. He expressed great interest in the idea of Calanais as an early astronomical observatory and suggested it should qualify for a UNESCO World Heritage Science designation. This would greatly enhance the standing of Calanais and significantly increase its chances of achieving other World Heritage recognition.