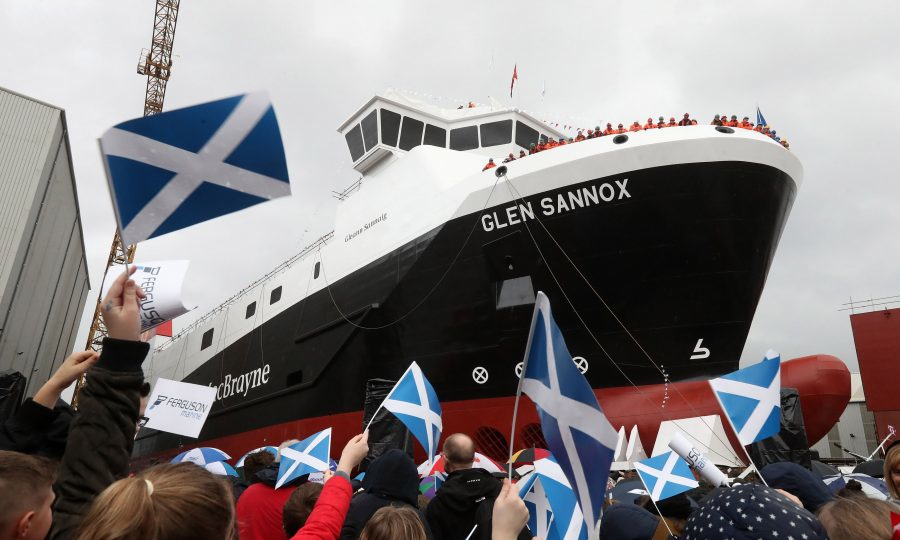 She also demanded a full public inquiry into the scandal and a statement from the First Minister who announced the contract on an impromptu visit to the Ferguson yard during the 2015  election campaign.

Ms MacCorquodale said: “It is now clear to everyone that CalMac and island communities are the victims of a massive political stunt which led to a ferry contract being handed to a yard which did not have the ability to fulfil it.

"This cannot be presented solely as a conflict between the Scottish Government and Mr McColl without regard to the fact that island communities are already suffering consequences from a dispute over which they have absolutely no control.

“The situation may well have been compounded by the role of CMAL. However, the basic questions which must be answered by SNP Ministers concern the diligence that was or was not carried out prior to the contract being announced.

“Nicola Sturgeon was quick enough to appear in Port Glasgow to announce the contract. She cannot now walk away without announcing a solution that finally recognises the rights and interests of island communities. That means dates and assurances about completion of these vessels, or else urgent alternative arrangements."

Ms MacCorquodale also backed calls made earlier by former Labour minister and present chairman of Harris Tweed Hebrides Brian Wilson, for a full non-political review of the whole CalMac situation which would make recommendations on how it should be addressed.

The Scottish Conservative MSP said: “People across the region will have been dismayed by the deteriorating relationship between Ferguson Marine and Scottish Government ministers. While they trade verbal blows, people here are wondering what on earth is happening to their promised ferries.

“I am afraid that the SNP has presided over a litany of failures: they just don’t understand that a resilient ferry service is absolutely fundamental to the communities I represent.

“Without an adequate transport infrastructure, confidence will drain away and we will find it even more difficult to attract investment in new enterprises and retain our young people.

“We need a fundamental review of how we arrived at this crisis as well as the development of a proper, long-term plan that will reassure people here that their concerns are being treated seriously.”

And Ferguson's owner Jim McColl, one of Nicola Sturgeon’s own economic advisers, has accused the SNP of ‘abusing their power’.  He said: ‘We get soundbites from ministers, tweeting about finishing the ferries and saving the jobs in the yard. It’s all PR. There’s no economic sense behind what they’re doing…The way they are acting right now is economically damaging for the local area, and for Scotland.’