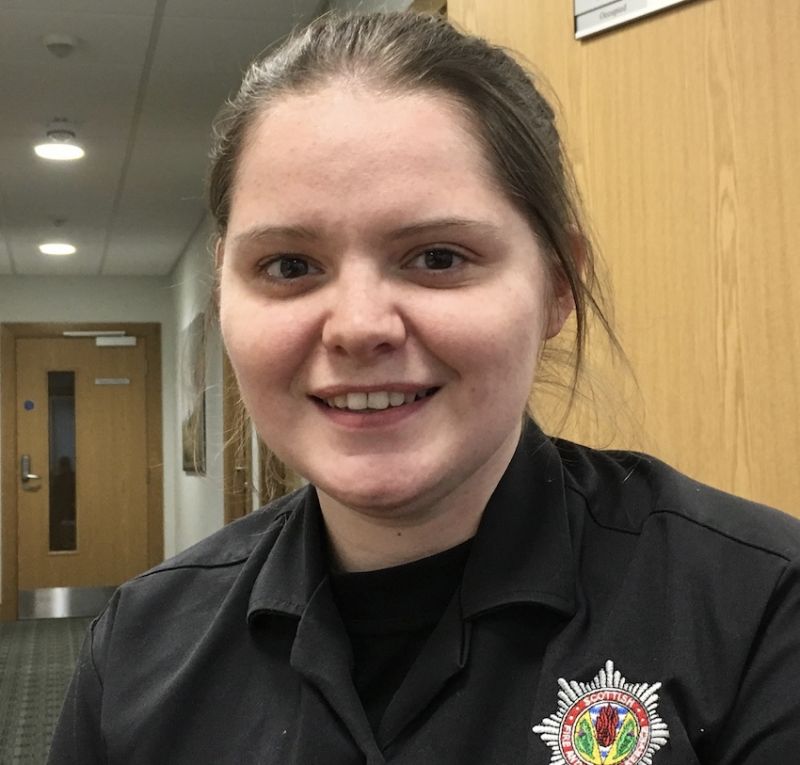 Fire officers in Stornoway have issued a warning to householders over the risk of chimney fires as temperatures drop.

Fire Scotland’s group commander for the Western Isles, Gavin Hammond, said there had been a noticeable increase in calls to chimney fires in recent weeks, with half a dozen incidents since the beginning of October, in Stornoway and in rural areas such as Ness.

He said: “Fortunately there have been no injuries, but a chimney fire is a frightening and messy experience for those involved, and potentially expensive if it involves the need to redecorate afterwards.”

Community safety advocate and firefighter Mairi Macdonald said: “Since I joined as a firefighter I have noticed an increase in calls to chimney fires. There are over 1,000 in Scotland each year.

“Making sure your chimney is swept and checked regularly can significantly reduce your chances of having a chimney fire. Soot and fuel residues slowly build up in chimneys over time and sometimes these leftovers can catch fire.

“If this happens, the chimney could send burning soot into your living room or start fires within the roof space or on other floors of the house.

Fire Scotland recommends using a registered chimney sweep and strongly advises that you don’t light fires using flammable liquids like petrol or paraffin. Don’t overload the fire, use a fireguard and check your loft and roof space for smoke or soot if you are able and it is safe to do so.

Mairi said: “Signs of a chimney fire include burning soot or debris falling down your chimney, a roaring sound coming from the chimney, the chimney breast or upstairs walls being hot and sparks or flames coming out of the chimney.

“If you do have a chimney fire, put up the fireguard if it is safe to do so and, if it is safe, put water on the fire and cut off the air supply by closing vents and blocking the fireplace with a metal plate if you have one.

“Get everyone out of the room, close the door, stay out and dial 999. Ask for the fire service. There is no charge for the fire service to attend a chimney fire and firefighters will ensure it is fulling extinguished before giving advice on further action you may need to take.”

Stornoway fire station can provide free home visits, giving advice on smoke and fire alarms and including testing any alarms you already have. To book a free home safety check, call Gavin Hammond or Mairi Macdonald on 01851 705051.