Sport and recreation in the Point area has received a boost with the news that Point Football Club have raised the money for a new stand, in time for the coming season.

Point FC, who won the league last year and came second this year after losing to Westside in the play-off, are about to order a new 100-seater stand from a company in Sussex after receiving a £20,000 donation for the capital project from community wind farm charity Point and Sandwick Trust (PST) and another £20,000 from the Scottish Landfill Communities Fund. 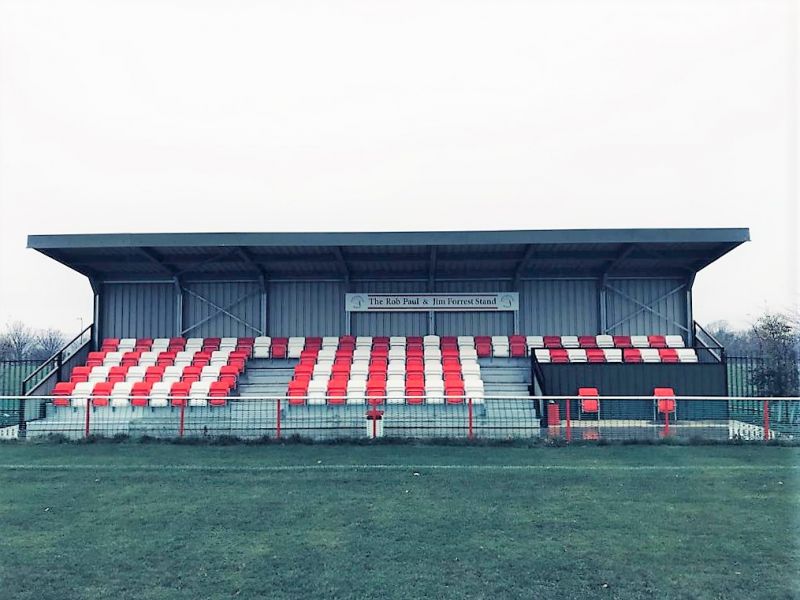 The stand – an example is pictured above – costs £37,000 and the project will cost more than £40,000 once groundworks have been included. The club will also be putting money towards it and are looking forward to having it in place for the 2020 football season, following building regulations approval, as a replacement for their current stand which is rusting badly and “becoming a health and safety issue”.

Iain MacSween is secretary of Point FC and Point Sport and Recreation Association, the charity formed 25 years ago to improve the old pitch and adjacent building. He said the new stand would make a big difference to the Point FC experience – for players as well as supporters – and would complement the Ionad Stoodie community centre, next to the pitch.

He said: “After about 10 years of struggle we managed to get all the money together for what is Ionad Stoodie now. That was in 2007, as part of the improvements to the whole area. As an afterthought, there was some money left over and we bought a 50-seater stand. 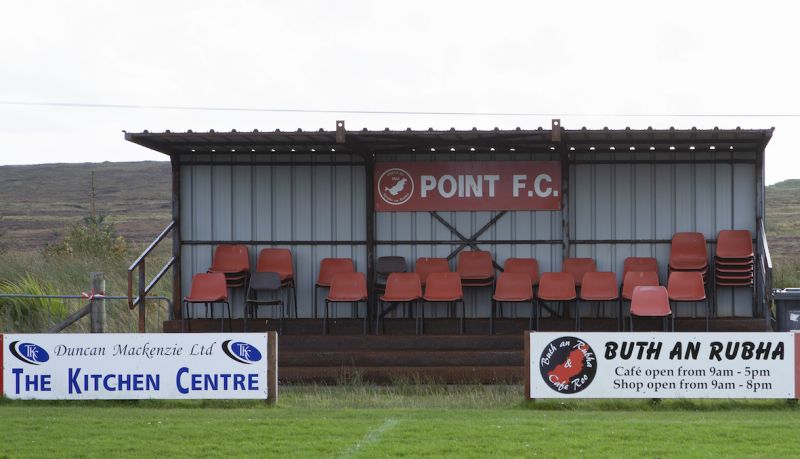 “It was just a standard stand. It wasn’t galvanised which became a major problem over the years with the Lewis weather and lately we had to remove the sides from it and it was becoming a health and safety issue. It was rusting from inside. We knew it had to be replaced and we decided to go a bit bigger, take a step up, and first of all make sure the replacement would be galvanised.

“Since we were going to replace it, we thought, ‘why not increase the number of seats that are available?’ The club is very successful now and we thought a stand with 100 seats would be more useful, so that’s what we are going for.

“We’ll obviously have to put some our own money in and we’ve got funding which will make the whole thing feasible. We’ve been in contact with the stand company for the last eight or nine months. Once we put in the firm order, we hope they’ll be ready to swing into action and we hope the stand will be in place for the start of the season in April 2020.

“It’s going to make the place look really good. It will improve so much people’s enjoyment and comfort at games. It will have perspex ends to it, which is something the old stand didn’t have, and people were always complaining that it was so windy and draughty.”

Iain said: “All we need is to win the league now and that will be a perfect year for us in 2020. We’re hoping that the stand will attract more supporters. It will give a better atmosphere and it’s part of a long-term programme that we have to improve the whole facility.

“We’ve also been planting lots of trees at Ionad Stoodie, which is now a real community centre with lots of things going on in the building throughout the year, and we hope that the place will look really impressive as a sports stadium and community centre.”

Iain said “a huge thank you” to Point and Sandwick Trust and the wind farm charity’s retained community consultants, Alasdair Nicholson and Tony Robson, as well as the Landfill Fund.

The £20,000 capital grant follows other donations to the club from Point and Sandwick Trust, including sponsorship of their summer coaching school and strips for the under 18 squad.

He added: “Point FC have given the community lots of reasons to be cheerful over the past couple of years with some brilliant football and only narrowly missed out on back to back league titles! So it's great that we’re able to help them out with this much-needed upgrade to the stand.

“I help out with coaching the younger group on a Thursday night and I get to see the wealth of really talented young players coming through the junior ranks. There’s lots to look forward to for Reds fans, both next season and in the years to come. And I’m certain we can say the same of Point and Sandwick Trust.”

Point and Sandwick Trust general manager Donald John MacSween said: “We are pleased to help Point FC and we hope they’ll have another successful season next year."

Point FC officially formed in 1934 although Point teams had taken part in one-off competitions before that. A history of the club, ‘Playing for the Red Jersey’, was written by Professor Matthew Maciver and published on the club’s 80th anniversary.

Photos of the current stand at Point FC, pictured by Sandie Maciver of SandiePhotos.

Also, a group photo of the £20,000 cheque being given to Point FC at the Point and Sandwick Trust AGM.

An example of the type of stand Point FC will be ordering.