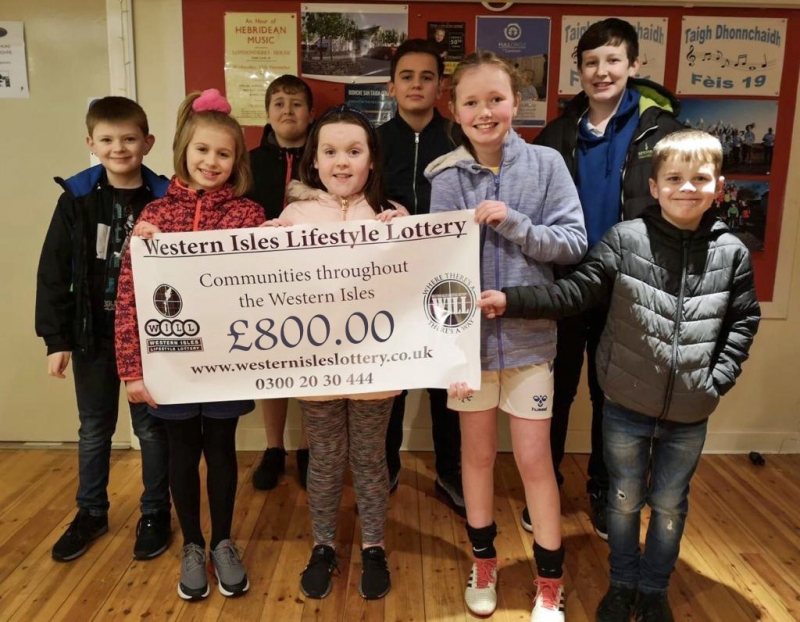 Taigh Dhonnchaidh, otherwise known as Duncan’s House in Ness, Isle of Lewis, is celebrating after receiving a £800 boost from Western Isles Lottery. The funds will be used to purchase new instruments to expand the range on offer to young people in the area.

Taigh Dhonnchaidh once belonged to Duncan 'Major' Morrison who taught music across the Isles and bequeathed his home to Ness Historical Society in 1998. His wish was for the preservation of local, traditional music and culture for future generations, following his death. Restored by volunteers, his home was opened to the Community in July 2000.

Each Easter, Fèis Taigh Dhonnchaidh, a Gaelic Music and Cultural Festival, offers tuition in a multitude of instruments for a week during the Easter holidays as well as Gaelic singing, drama and art. Instrumental classes run throughout the school term. In addition, various ceilidhs, storytelling evenings and other community events are held throughout the year and it is also the base for the Ness Melodeon Band.

Mary Duff, Secretary of Taigh Dhonnchaidh, explained in the application to Western Isles Lottery that, although the group was attended by many primary school children, they tended to move into older groups when they transitioned to secondary school. There was therefore a need to explore how they could be kept involved and their musical skills progressed. The application was for funding to purchase new keyboards and an electronic drum kit to add to the instruments on offer.

Mary Duff said: “We are delighted and grateful to receive this funding from Western Isles Lottery. The funds will enable us to update our musical equipment and help us to provide even more opportunities for our young people. Having a facility like this, which relies entirely on volunteers, it is essential that we gain funding throughout the year.

“Taigh Dhonnchaidh will celebrate its 20 Year Anniversary this July – and we plan to continue for another 20! That is why we are extremely grateful to groups such as Western Isles Lottery for funding.

Janet Paterson, spokesperson for Western Isles Lottery said: “Taigh Dhonnchaidh is a great asset to the Ness community and long may it continue to play its part in the music scene. We hope the new equipment will be well used and particularly enjoyed by the older teenagers within the Community.

“This brings the total amount raised by Supporters in the Ness & Westside Area to £14,000. Proceeds currently being raised will be distributed to Shawbost Community Council who are planning to provide picnic areas in Shawbost, Bragar and Dalmore this summer. The more support they receive from the area, the more they can achieve.”

To Join Western Isles Lottery and support your Community, log onto www.westernisleslottery.co.uk

Pictured are some of the young musicians who attend Taigh Dhonnchaidh.