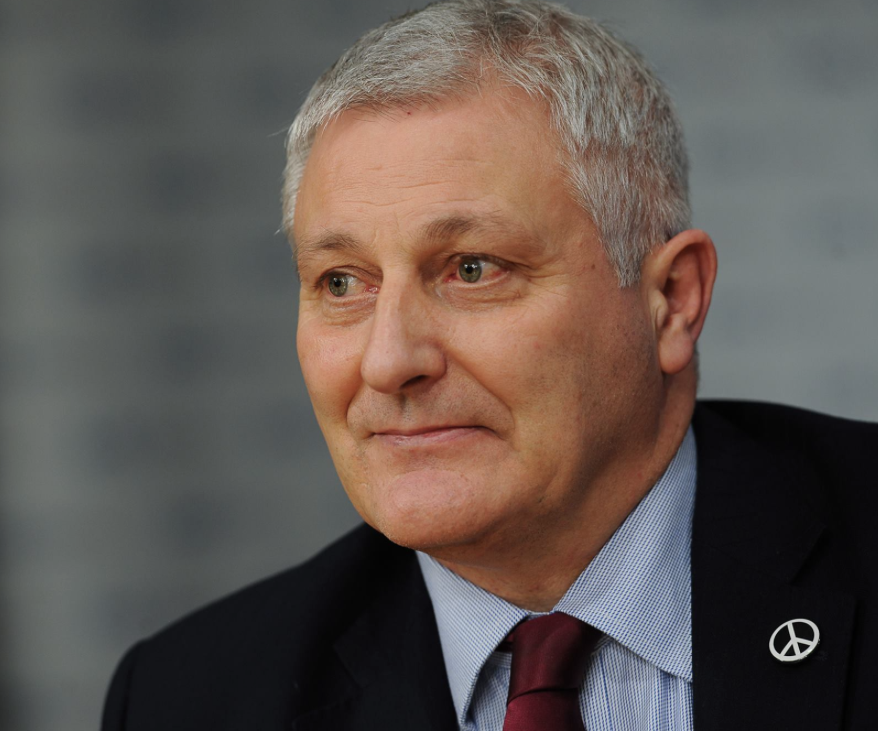 Highlands and Islands Green MSP John Finnie has pledged his support to the crofters who will be facing EDF Energy in the Scottish Land Court next week.

He said: “It’s an easy call, to be honest. Let’s see, local folk or a multinational corporation? It’s no contest, really.”

The four crofting townships of Sandwick North Street; Melbost and Branahuie; Sandwick East Street and Lower Sandwick; and Aignish are making final preparations with their lawyers ahead of the Land Court’s first hearing in their case, being held in Stornoway on December 12 and 13.

It is the first hearing of the Section 19a application from Lewis Wind Power (EDF Energy and Wood Group, with a lease from Stornoway Trust), seeking permission from the Land Court for a 36-turbine wind farm on common grazings land around Stornoway.

There are more than 100 objectors to the plans and the four townships have advanced plans to develop 21 of these sites themselves – all of which are on their four common grazings.

The Crofting Commission had rejected applications by three of the four townships for these developments but the townships are appealing this to the Land Court and it is understood the Land Court will deal with both claims as part of the one issue.

John Finnie acknowledged that big organisations such as EDF have an advantage in planning matters – “a full suite of highly paid corporate lawyers who can lend their weight to any case” – and acknowledged that the planning system was, “unfortunately”, not a contest of equals.

But he was explicitly clear about where his support lay.

“I will be on the side of the local population – the people who live on and use the land, who should be the people who share in the benefits of having that land and that includes the natural resource of wind. And I think communities have every right to be wary of large corporations coming in, purportedly bearing the gifts…

“For a global corporation that makes billions of dollars, it’s not a big deal to them to send a couple of baskets of fruit to the local primary. They are tiny crumbs from a very large table.”

Mr Finnie stressed the necessity of wind-generated power but sounded a note of caution about scale, warning that turbines should be “as unobtrusive as possible”.   Lewis Wind Power are hoping to be allowed to use supersize turbines – the size normally used in offshore locations, reaching to 187m high.

Rhoda Mackenzie, a representative from the four townships, thanked John Finnie for his “constant support throughout the project, adding: “It’s heartening to get an MSP showing his support. It does boost the morale that somebody in his position actually supports you.”

Pressing the crofters’ claim, she stressed: “We are simply trying to replace 21 multinational turbines with 21 community ones. The overall total of turbines will remain the same. The interconnector case is not affected – if anything it is strengthened by having community turbines as part of it.”