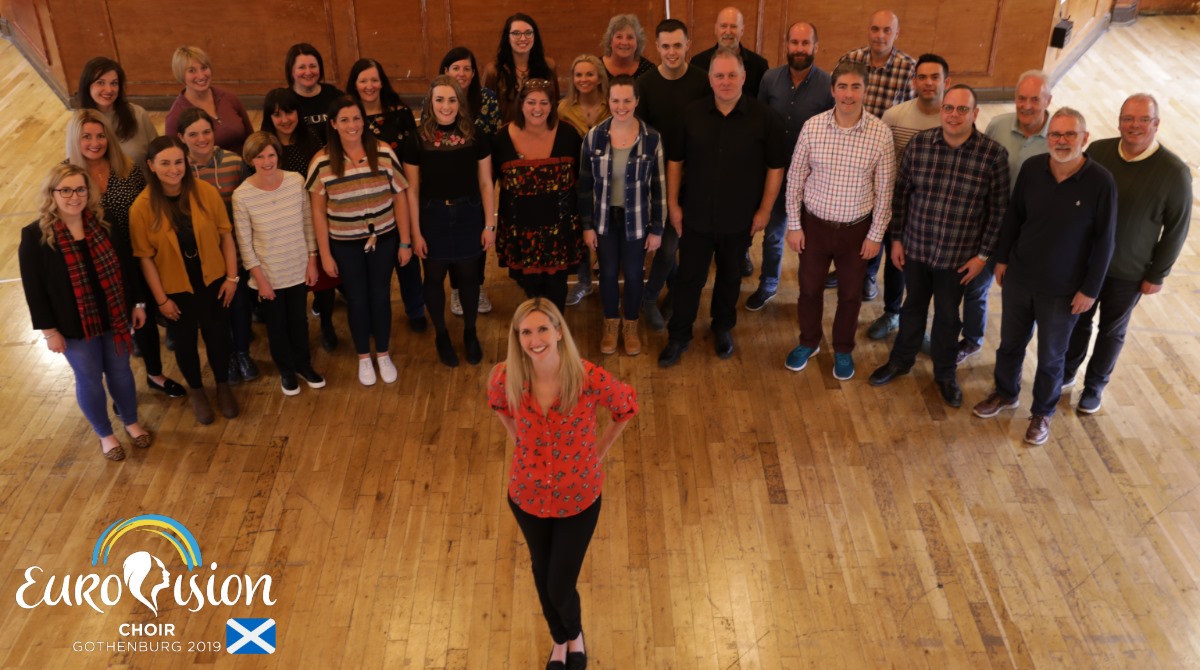 Five singers from Lewis will be off to Gothenburg in Sweden at the beginning of August, to take part in a Eurovision singing competition.

The Eurovision choir competition is being organised by the people behind the massive song contest and is being held for only the second time this year.

Ten choirs from nations including Denmark, Norway, Slovenia and Switzerland will take part in the live contest, to be performed at the Partille Arena in Gothenburg and broadcast on BBC Alba as it happens.

Representing Scotland is a brand-new Gaelic choir called Alba, pulled together by personal invitation of the conductor, Gaelic singer and BBC presenter Joy Dunlop. Among her hand-picked selection of singers are five from Lewis – two who sing with Coisir Sgir a’Bhac and three from Lochs Gaelic Choir.

Bass Murdo ‘Cloudy’ Macleod and tenor Jonathon Fairgrieve will be travelling from Back choir, while from Lochs will go choir conductor Ronnie Murray, Angus Smith and Nicola Pearson, who is originally from Oban but now stays in Lewis.

Murdo told welovestornoway.com: “Joy picked the choir herself and it was just a simple phone call saying ‘would you like to take part?’ It’s an honour to represent Scotland and it’s also really amazing that people will be hearing the Gaelic language on such a huge stage.

“I didn’t even know there was a Eurovision choir contest, but it is amazing to be part of something like this. I watched the first competition on YouTube and there were literally thousands of people watching, so to be honest I’m now trying not to really think about the audience too much!”

Unusually for a Gaelic choir, Alba has a gender balance which is close to 50/50, with a strong section of male voices including Murdo and several other bass singers. This doesn’t just take the pressure off individual singers – who can often be among a tiny group of fellow basses – but the effect on the sound is excellent, according to Murdo.

“I would say it makes the sound richer. Male voices tend to carry more, so the effect of having the larger number of men adds depth and power to the sound. The songs have been arranged by Sheila Sinclair from Oban and Joy is a great conductor – she’s lively and bubbly and you know exactly what she wants you to do.

“We have had two full rehearsal weekends in Glasgow and there is one more to go before the competition. It’s very enjoyable singing with so many people from all over the country.”

Meanwhile the Lewis singers are getting together to improve their performance with their own rehearsal sessions.

The Eurovision Choir competition is on Saturday August 3rd and will be broadcast live on BBC Alba.