First novel to be launched 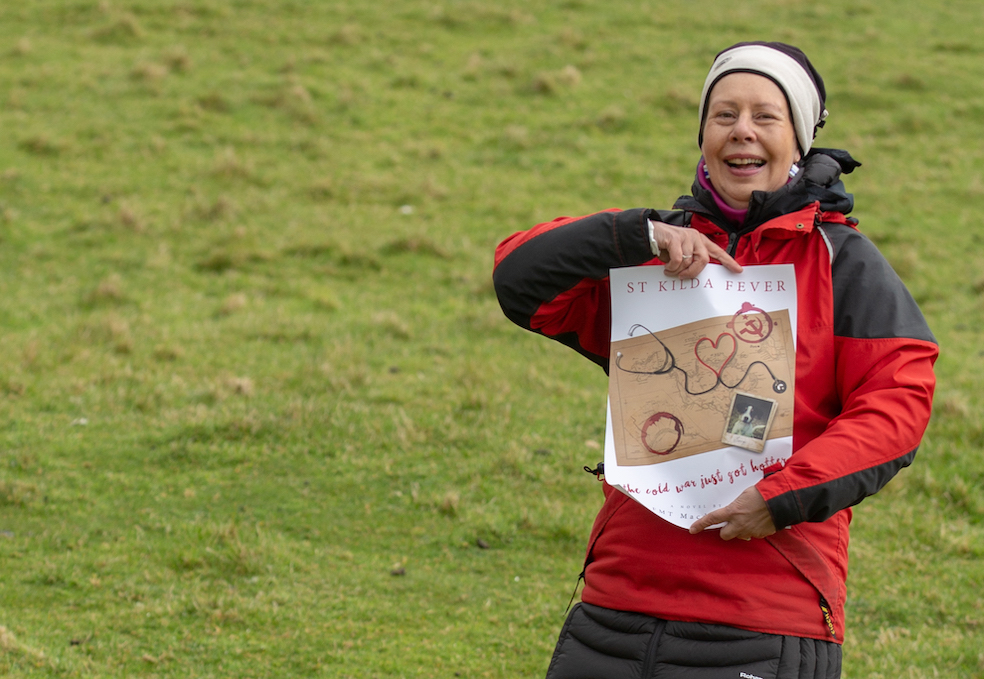 A Stornoway-based writer’s first novel – St Kilda Fever – will have a launch event on Wednesday 5 June at Stornoway Library at 7pm.

And writer and retired solicitor, Fiona Macdonald, says that if she hadn't failed her French exam at school, the novel would likely never have been written.

“It always bugged me that I failed,” the self-published writer admits.  “So, years later, I decided to retake it.  I did intermediate-grade French, then higher grade French.  Because I was doing it through the Open University, I needed another subject to make up my degree.”

Fiona elected for creative writing and the rest, as they say, is history.

“I've never been one of those people who always wanted to write, but I fell into it,” laughs Fiona. “I met John Hayward, a fellow author at the An Lanntair group and he helped guide me through the editing process. Without his help, I think I might have given up.”

Fiona’s novel, St Kilda Fever, takes readers on a trip back in time to 1970’s Lewis, with a flashback section of the story set on St Kilda.  “Setting it in the 1970’s means there are no mobile phones and no Internet,” reveals Fiona.  “There’s also a power cut and the phone lines go down, which adds to the atmosphere and intensity of the book.”

The novel tells the story of troubled doctor, Helen MacAllister, whose life is thrown into confusion when she discovers a man in a wetsuit in her barn.  “There has been some espionage at St Kilda, which in the book is to do with nuclear protection for the whole of the UK,” reveals Fiona. It’s a story of sabotage and broken hearts, with a powerful twist at the end.

The book is well and truly made in the Outer Hebrides.  After being written by Fiona and edited with John Hayward, all the graphic work was produced by island-based Karen Mackay Design.  Says Fiona: “So, the whole book was created on the islands!”

St Kilda Fever had a low-key launch on Sunday 19 May, when Fiona and her 23-year-old son, Lewis, ventured out to the archipelago.  “It had been dry for three weeks. They were worried as their water supply was running low.

“However, the day we arrive it poured solidly. Much to their relief and our dismay.

“I was also really, really lucky to meet Don Munro, the grandson of the last St Kilda missionary and school teacher, Dugald Munro.

“It was pure luck, as he had never been to St Kilda before and didn’t know I was going to be there. I’d been reading up on so much St Kilda history, that meeting him was really the icing on the cake and I felt so honoured to be able to give him a copy of my book.”

St Kilda Fever’s launch is on Wednesday 5 June at Stornoway Library at 7pm.  Those who attend will have a chance to hear the inspiration behind the book, as well as a reading by Fiona and a question and answer session.

Fiona’s book will also be available to purchase at the event. And £1 from every copy sold will be donated to Bethesda.