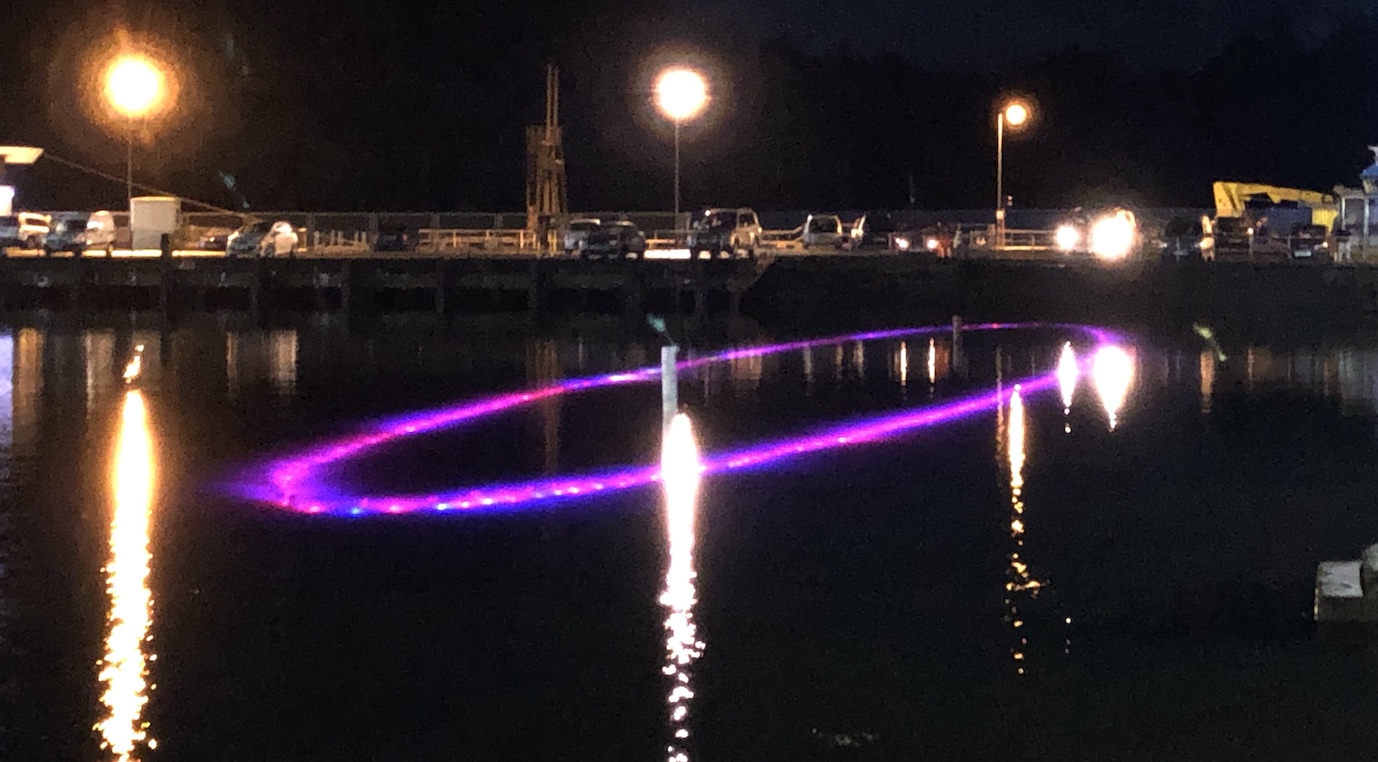 In response to public demand, Stornoway Port Authority is to seek permission to extend the lifespan of a powerful art installation commemorating the Iolaire disaster.

‘Sheòl an Iolaire/The Iolaire Sailed’ was installed on the town’s South Beach in December, ahead of the centenary commemorations on 1 January and has since been visited by thousands of people.

The port authority, which commissioned the work, is now to apply to Comhairle nan Eilean Siar for planning consent to allow the full-scale representation of the ship’s hull be left in place on the town centre shoreline.

‘Sheòl an Iolaire is a striking visual tribute to the Iolaire, whose sinking on 1 January 1919 in the Minch was one of the worst maritime tragedies in United Kingdom waters.

At least 201 men perished of the 280 aboard the ship taking Royal Navy WWI veterans back to the Isle of Lewis when the Iolaire struck rocks outside Stornoway harbour.

]The 189 foot-long installation, which features one wooden post for each of the 280 men aboard on the fateful voyage, became a central part of the Iolaire centenary commemorations.

]It has become a hugely popular site as both residents and visitors view the illuminated hull at various states of the tide and online images have attracted thousands more to the Iolaire legacy.

The sculpture, designed by Torcuil Crichton and Malcolm Maclean, was envisaged as a temporary installation. But in response to the enormous public demand, the port authority has decided it should remain lit until Easter, which is the expected lifespan of the waterproof lights which illuminate the vessel at night. The effect of the lights will also reduce when daylight increases at the end of March.

However, it is hoped the wooden structure of deerposts, 79 tipped white to represent the Iolaire survivors and 201 left plain for those lost, can be kept in place on South Beach throughout the summer months and disassembled towards the end of the centenary year. The posts were donated by Stornoway Trust and cut from trees felled in the Castle Grounds.

Malcolm Maclean, who supervised the construction with engineers from the Stornoway Port Authority, said: “The installation was not designed as a permanent structure but has stood up to the tides and weather to a much higher degree than expected.

“There has been a tremendous public response to Sheòl an Iolaire and people have pressed for it to become a permanent memorial.

“It is worth keeping so long as its dignity is intact. A final deadline for removal is to be set but the deciding factor will be the extent to which the sea works on the installation.”

Should permission be granted, Stornoway Port Authority will monitor the lights and the posts carefully over the next few months before making a final decision on removing the installation.

Murdo Murray, chairman of the Stornoway Port Authority, said: “Sheòl an Iolaire is a poignant and sensitive commemoration of a tragedy that affects so many people.

“Both residents and visitors have been attracted to it and been moved by it, and we are very keen for it to feature on the South Beach for a little longer.”