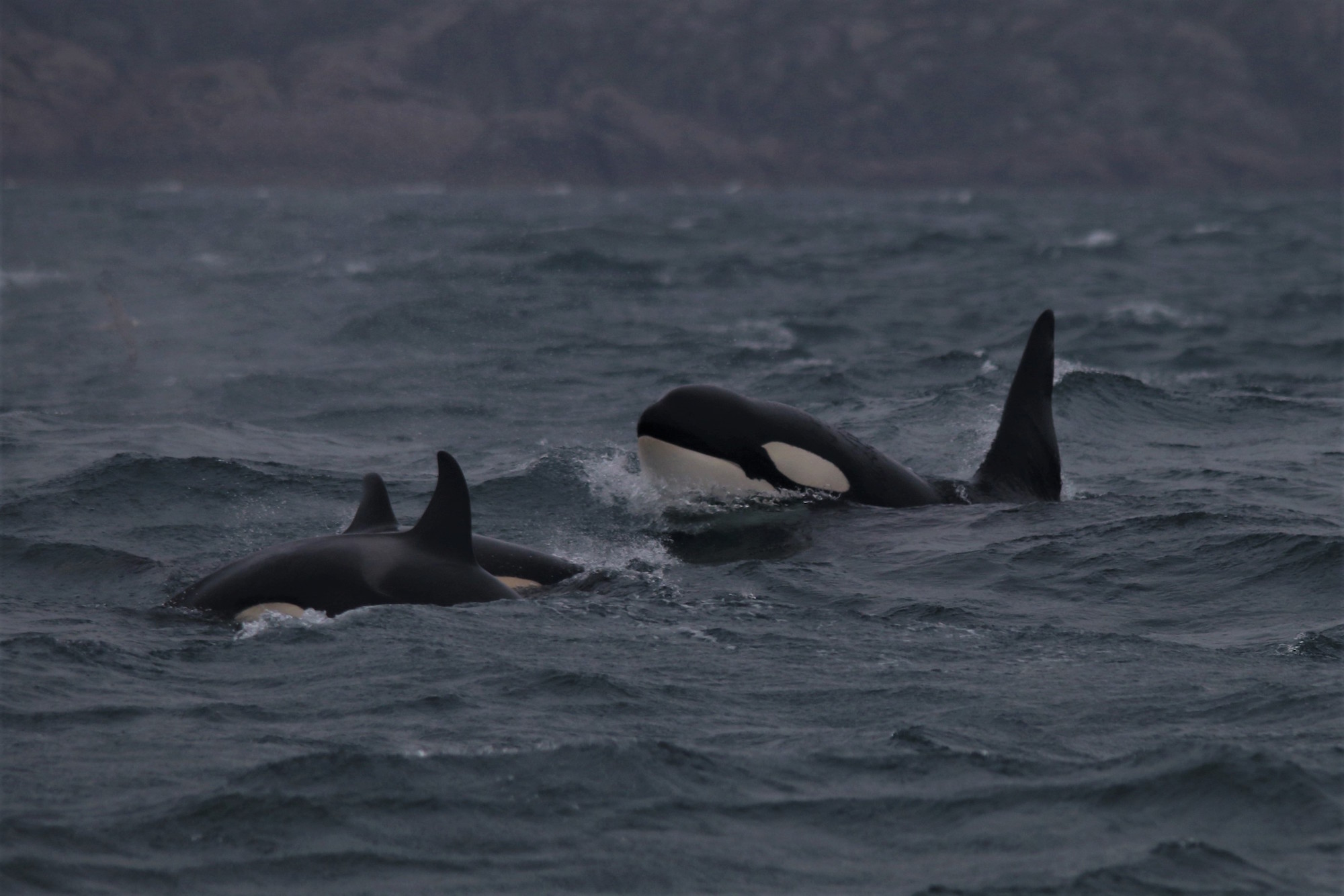 Experts are still attempting to discover the identity of nine killer whales, spotted near Vatersay.

The Trust now hopes to encounter the mystery pod again during its surveys this summer. It says that the unexplained killer whale pod sighting highlights how much there is still to learn about the remarkable marine life in Hebridean waters, and the need for long-term monitoring of cetaceans and basking sharks.

The unidentified killer whales – which included two large males and two juveniles – were seen just 300 metres away from the charity's research yacht Silurian after it left an anchorage at Vatersay last June. The animals were observed for some 30 minutes, with one of the males even swimming over to Silurian to have a closer look at the boat and crew.

"Securing good photographs of these killer whales has allowed us to carry out some detective work using photo-identification techniques. This involves matching identifying features on individual animals to database records to see if they have been seen before," said Dr Lauren Hartny-Mills, the Trust's Science and Policy Manager. 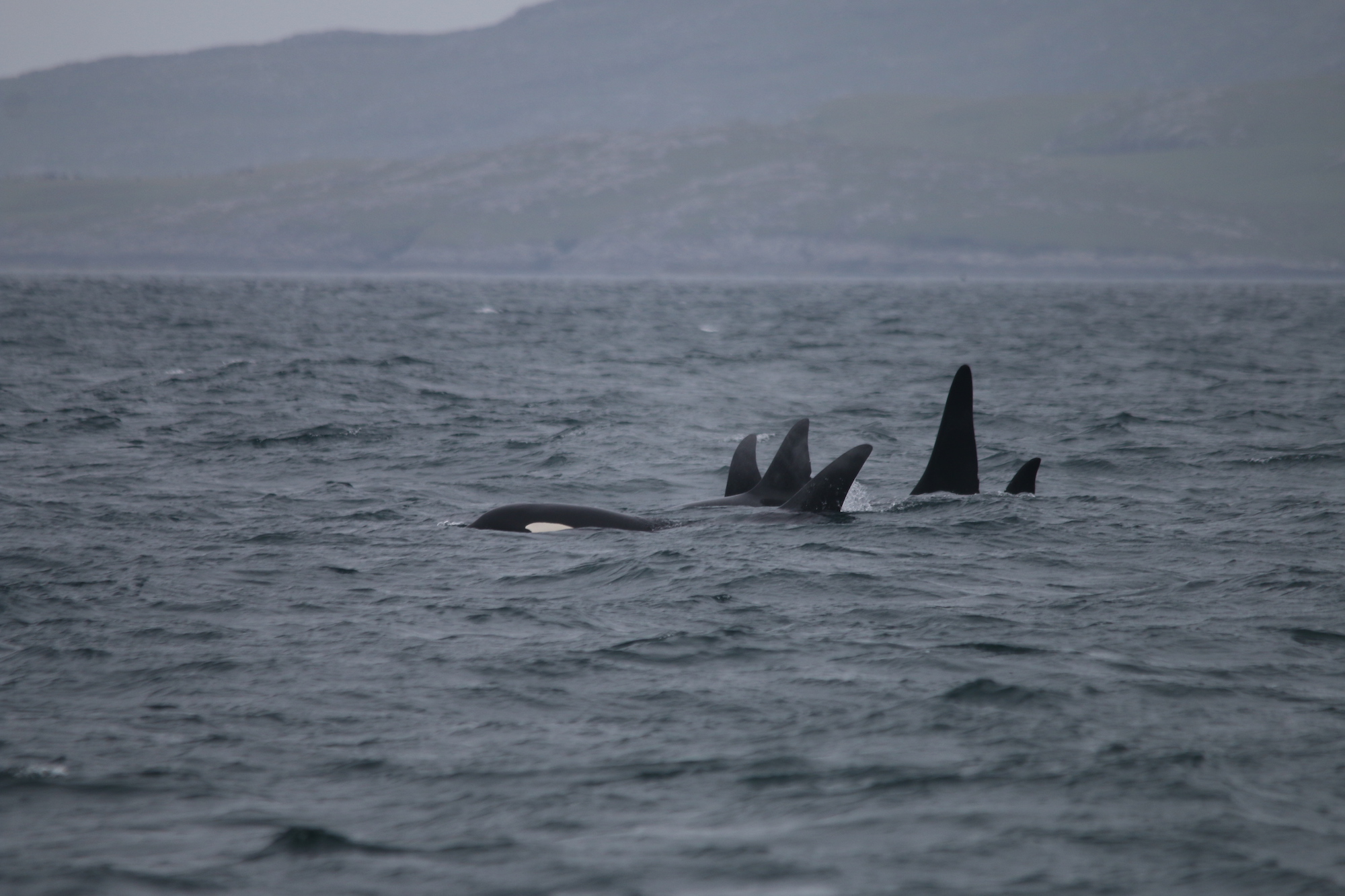 "But despite our collaboration with other organisations and experts to identify the animals, the pod remains an enigma. It shows there is still a lot to discover about the cetaceans visiting Scottish waters. We're hoping to encounter these killer whales again during our 2019 expeditions, and with help from our colleagues across Scotland and beyond, we really hope to find a match and learn more about this group."

Andrew Scullion, who runs Orca Survey Scotland, said: "I've been collating killer whale sightings from across Scotland since 2017 and it was fascinating to see these pictures of individuals I've not come across before. There's still much to learn about the orca frequenting Scottish waters. As more people share their sightings, and with surveys out there like the Hebridean Whale and Dolphin Trust's, I'm hopeful we can put pieces of the puzzle together and discover more about this so far mysterious group."

Because it has not been possible to find a match with any known individuals for the mystery killer whales, researchers have suggested these animals may belong to part of a wider offshore population of killer whales that roam Scottish seas.

The Trust's Marine Biodiversity Officer, Rebecca Dudley, said: "Seeing killer whales from Silurian twice in just over a year has been a dream come true. There is nothing like seeing the two metre-high dorsal fin of a male killer whale emerging from beneath the waves. On both occasions, it seemed as though they were just as curious as we were – coming right over for a closer look. The encounters were unforgettable for everyone on board."

With marine mammals at risk from human activities including climate change, entanglement, pollution, underwater noise and habitat degradation, ongoing and long-term research is crucial to improve understanding of the impacts on cetaceans, and how to protect them.

The Trust is looking for volunteers to join its team onboard Silurian for one to two week surveys running between now and October 2020. Anyone can take part, with some trips held specifically for 16 to 17 year olds. Participation costs cover boat expenses, accommodation, training, food and insurance, and support the charity's research. For details, contact This email address is being protected from spambots. You need JavaScript enabled to view it., call 01688 302620, or visit www.hwdt.org/silurian.