Chorus of praise for HebCelt 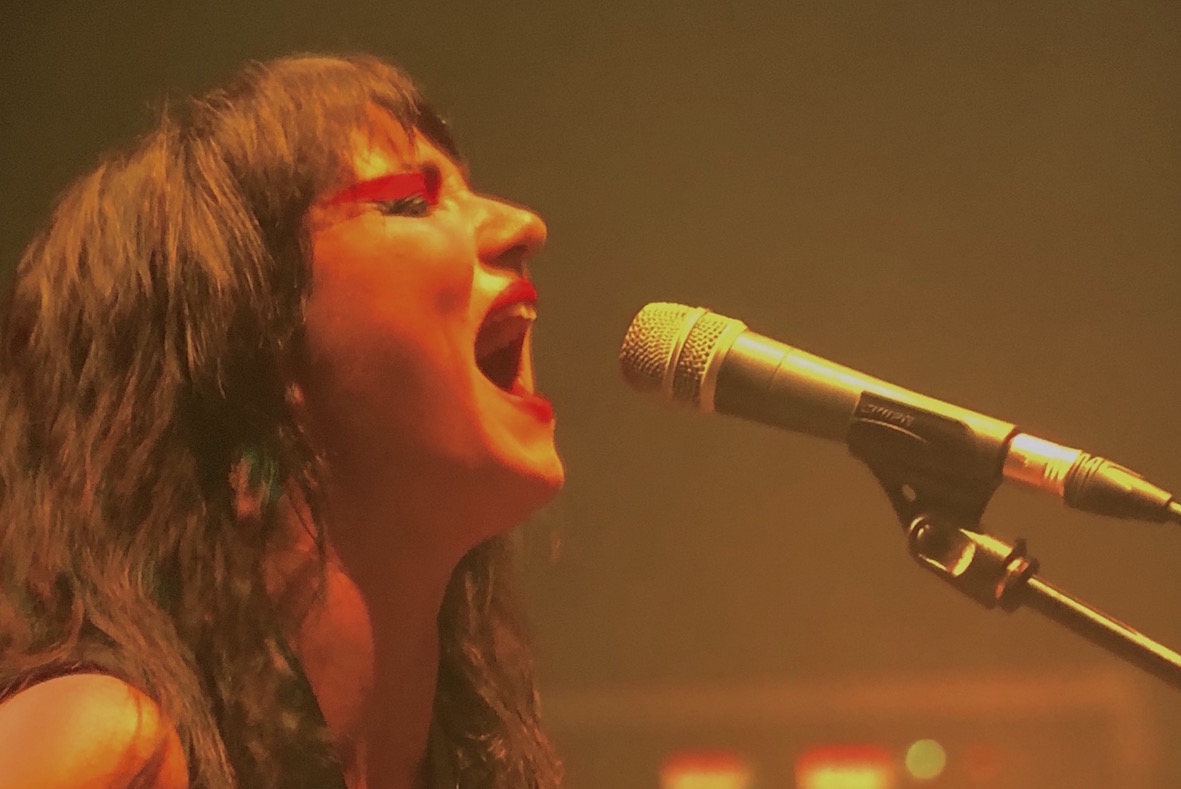 The multi-million-selling singer songwriter KT Tunstall led the praise for the 24th Hebridean Celtic Festival which ended at the weekend after another highly successful four-day event.

KT, one of this year’s headliners, returned to HebCelt for the first time since 2011.  During her visit she lauded the festival for being at the forefront of environmentally-conscious efforts and also for ensuring gender balance on stage.

She added: “It is eight years since the last time I was here and it was even better this time. I absolutely loved it and the crowd were incredible.”

Other stars joined in the chorus of tributes for the festival which was held from 17-20 July in Stornoway and in community venues in Lewis and Harris.

As usual, HebCelt brought a carnival atmosphere to Lewis with thousands of people descending on the island for the event, doubling the population of Stornoway.

Attendances over the four days are expected to reach around 18,000 and the event generates more than £2 million annually to the economy, with more than half the audience coming from outwith the islands.

This year's event featured more than 30 acts, including headliners KT Tunstall, The Shires and Tide Lines.

HebCelt Director Caroline Maclennan said: “The festival programme, both in and around Stornoway and across our community, was really well received. Audiences were exceptional and we have had some wonderful feedback from artists and festival-goers alike.

“HebCelt is such a force for good economically, socially, culturally and environmentally. A big thank you to our community and everyone who is involved in making this a special event in such a wonderful part of the world.”

“The festival attracts visitors from across the world and provides a fantastic showcase for the islands. It also provides an economic boost and I congratulate all those involved in organising, volunteering, sponsoring and performing during a memorable four days. HebCelt truly is a success story for the islands.”

And Rachel Mackenzie, Area Manager for HIE in the Outer Hebrides, said: “HebCelt is a huge draw for tourism and is a vital economic generator for the islands and its growth has been remarkable.

“We are delighted to support this event, which is a major attraction for visitors from across the world and plays a significant role in bringing people here and encouraging them to come back.”

Festival organisers stepped up efforts to reduce waste on site and are expected to top last year’s effort of ensuring 80 per cent of waste was recycled or biodegradable and therefore is diverted from landfill.

Last year the event banned single-use plastic and has not used plastic straws for five years. Caterers use paper cups and 100 per cent biodegradable plates and cutlery, while this year’s tickets were made from recycled plastic. In addition, one of the festival sponsors is Lewis Wind Power, developer of the Stornoway Wind Farm.

HebCelt has also been making efforts to improve the gender balance among artists for some time.  HebCelt has had a minimum 50:50 balance for at least five years, putting it ahead of most of the summer music events.

KT Tunstall said: “Massive props to HebCelt for this, it deserves an award. It’s still a major problem, and definitely part of the reason why I wanted to play with an all-female band.”

Orkney group FARA also added their voice of support: “It’s wonderful to see festivals such as HebCelt making a conscious effort to present a 50:50 line-up. Festivals being mindful of equality whilst programming is vital to shifting audience attitudes and perceptions - so we salute you, HebCelt.”