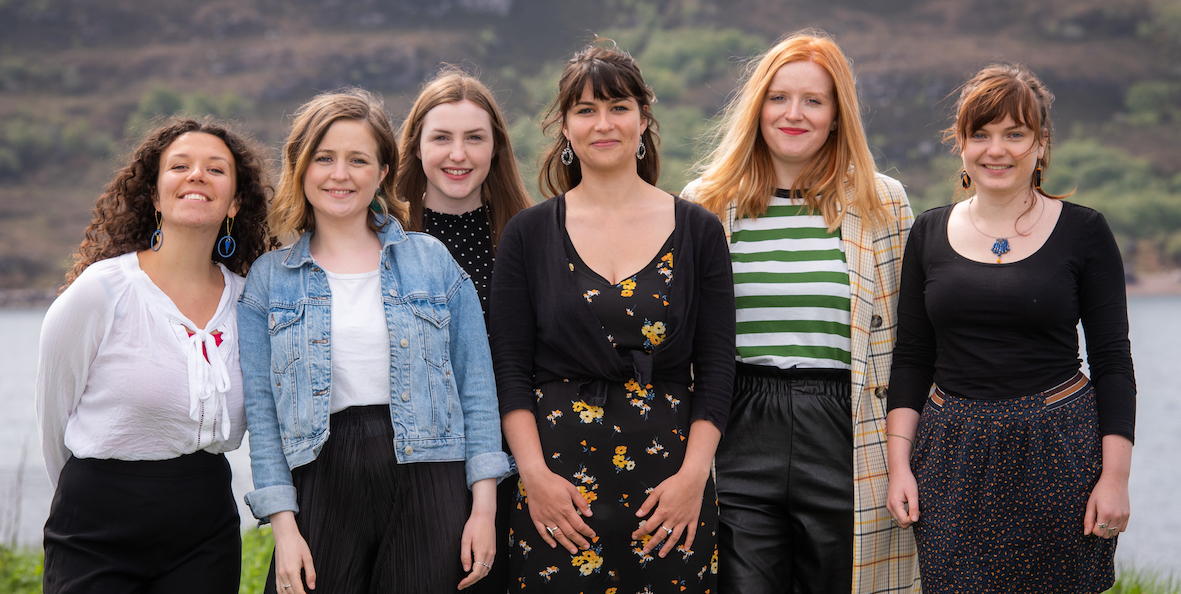 This summer, one of Scotland’s leading traditional arts organisations, Fèis Rois, is hosting the Scotland Pavilion at the acclaimed Festival Interceltique de Lorient in Brittany, France for a second year, with over 80 hours of music, song and dance from some of Scotland’s best up and coming artists programmed.

The six singers will be accompanied by six renowned musicians from Brittany and Scotland to form a 12-piece band. The Scottish musicians are acclaimed fiddle player, Duncan Chisholm, Jarlath Henderson (pipes and whistles), and James Ross from Wick on piano.

The festival, which is set to attract an audience of 750,000 from 2 – 11 August 2019, is widely regarded as Europe’s largest Celtic music festival. It offers an opportunity to highlight the wealth of talent emerging from the Scottish music scene and, in particular, from Fèis Rois and the wider Fèisean movement.

The Scotland Pavilion will see audiences enjoy 80 hours of live traditional Scottish music over the 10 days of the festival, as well as having the opportunity to participate in 15 hours of workshops and engage in a series of industry panel discussions.

Fèis Rois Chief Executive, Fiona Dalgetty explained: “Running alongside the main festival, is a large area in the city of Lorient where each of the Celtic nations showcases emerging talent in a series of marquees.

"This is a unique opportunity for up-and-coming bands to perform on an international platform and to meet their peers from other Celtic nations. It is a natural progression from our Cèilidh Trail project for Fèis Rois to then provide opportunities for musicians to perform on international stages. As well as giving European audiences the opportunity to hear high quality Scottish traditional music and the Gaelic language, it has been exciting to see new collaborations and opportunities arise over the past year since Fèis Rois first led on the Scotland Pavilion at Lorient.”

There is a special focus on the Gaelic language in The Scotland Pavilion with performers including one of Fèis Rois’s three Ceilidh Trail bands, as well as Inyal, Trad Beats and Josie Duncan. BBC Radio 2 Young Folk Award winner Mischa Macpherson will also lead workshops in Gaelic song and language.

Inyal are one of Scotland’s most innovative young bands combining traditional and electronic music. They have recently returned from a tour in Australia and band member, Conal McDonagh, from Poolewe said: “We can’t wait to head to Lorient with Fèis Rois to bring our music to new audiences and to meet musicians from other minority language speaking countries. It is particularly special for us to be going under the banner of Fèis Rois as three members of the band are former participants of Fèis Rois projects.”

Trad Beats is an innovative new trio formed by Gaelic speaking step dancer, Sophie Stephenson. Sophie collaborates with Gaelic singer, Catherine Tinney from Skye and Glasgow-born beat boxer, Bigg Taj to explore rhythm in this cross genre outfit. Also performing in the Scotland Pavilion are 6-piece all female band, Heisk and a duo of Innes Watson (guitar and fiddle) and Barry Reid (guitar) who are both well known as members of Treacherous Orchestra.

Scottish headline acts at the main festival this year include Peatbog Fairies and Skipinnish. Festival Director, Lisardo Lombardia, has also programmed Brìghde Chaimbeul, Rachel Hair & Ron Jappy, and The Outside Track to give performances. Brìghde, from Kyle, who won the BBC Radio 2 Young Folk Award in 2016, is a former participant on the Fèis Rois Ceilidh Trail, a professional development opportunity for young musicians aspiring to have a performance career in traditional music. Rachel Hair is one of Scotland’s leading harpists. She first accessed the instrument through Fèis Rois as she was able to hire a harp and attend weekly lessons when growing up in Ullapool. Fiona Black of the internationally acclaimed group, The Outside Track, is another Fèis Rois alumnus having taken part in weekly classes and The Ceilidh Trail when she was a student.

Culture Secretary Fiona Hyslop said: “The Festival Interceltique de Lorient is the largest Celtic festival in Europe and the Scottish Government is proud to support some of Scotland’s best young artists to perform at the event with £30,000 funding from the International Creative Ambition Programme.”

“It has never been more important to support international cultural connections and this collaboration between Scottish and Breton singers and instrumentalists will offer performers many opportunities in the sharing of knowledge, skills and new experiences, as well as showcasing the best of Scotland to audiences at the Scottish Pavilion.”

Fiona Dalgetty added: “Participants at this festival come from Brittany, Ireland, Scotland, Cornwall, Wales, the Isle of Man, Cape Breton Island, Acadia, Galicia, Asturias… the entire Celtic diaspora. It is an exciting opportunity for minority language speaking musicians to connect. We are grateful to have the support of the Scottish Government, as well as Bòrd na Gàidhlig, Belhaven, and Creative Scotland, which has enabled us to bring such a stellar line-up to the Scotland Pavilion. This is a fantastic opportunity to showcase Scotland to a wide European audience. I hope to see many of them choosing Scotland as a holiday destination and appearing in audiences at our Ceilidh Trail events at home in 2020."