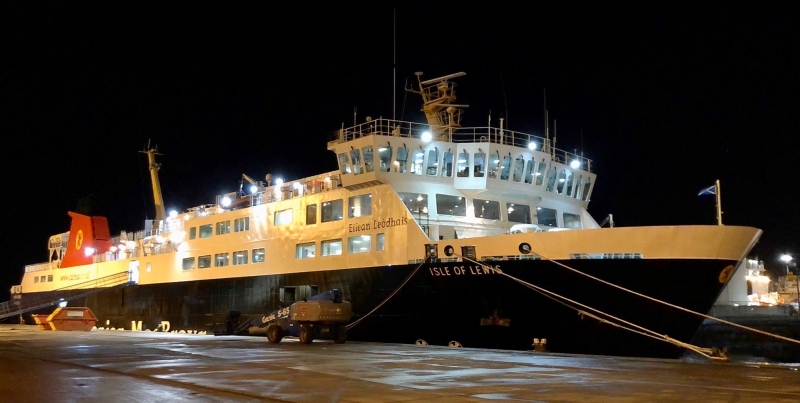 CalMac cancellations – down not up

Ferry operator Caledonian MacBrayne has defended itself against claims that cancellations of its ferry services were significantly up in 2019.

A Freedom of Information (FoI) request by Scottish Greens transport spokesperson John Finnie MSP in January appeared to show that breakdowns in the CalMac fleet had increased by a third in 2019.

But revised figures, issued by both CalMac and the Scottish Greens, actually show that cancellations for technical reasons in 2019 totalled 1,069. There was a much higher figure of weather-related cancellations at 3,811.

CalMac classifies its cancellations for the year by route, vessel and reason, with reasons for cancellation including not just adverse weather and mechanical problems, but pier work, very low tides and emergencies including medical emergencies and diversion to assist other vessels.

In 2019 the Castlebay Oban route had 128 cancelled sailings, with 63 on the Uig, Tarbert, Lochmaddy triangle and 58 on the Stornoway Ullapool route.

Highlands and Islands MSP Mr Finnie has called on the Scottish Government to “urgently review” its vessel deployment and replacement plan. He has been supported in his call by fellow Highlands and Islands MSP, Scottish Conservative Donald Cameron.
Mr Cameron said: "The sad fact is that the CalMac fleet – which now has an average age of 23 years – has been neglected at the same time as the procurement of two new vessels has been an extraordinary shambles, with almost daily revelations about how the SNP Government has mishandled the process.

"At the end of the day, this has serious implications for the island communities which are being affected.”

John Finnie MSP said: “CalMac is entrusted to deliver lifeline services to remote and island communities up and down the west coast. Behind these cancellations are people unable to attend hospital appointments on the mainland, missed job interviews, small businesses unable to send and receive goods, and a loss of important tourism revenue.”

CalMac is in the midst of its annual maintenance programme, with MV Isle of Lewis late to return to service on the Castlebay Oban run after an extended period of drydock. She’s now undergoing sea trials from the docks at Aberdeen.

Announcing the annual upgrade programme last autumn, a CalMac statement said: “More than £9 million is being targeted at vessel resilience, responding to the challenges of an increasing average age of fleet.

“This is in addition to the annual planned maintenance expenditure to ensure every vessel is ready for another year of supporting communities across the west coast. The resilience programme is more than double the amount spent last year.”