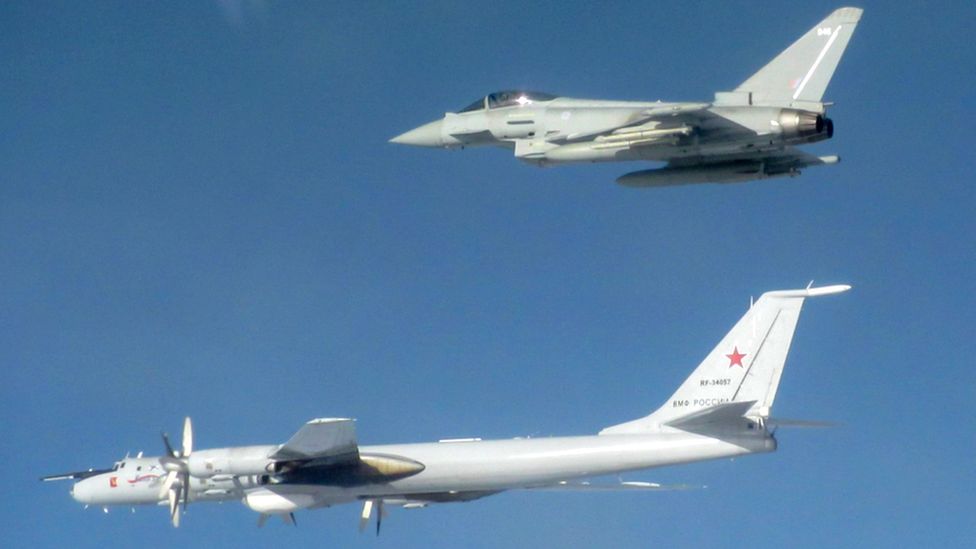 A Quick Reaction Alert (QRA) by RAF fighter jets which passed to the west of the Western Isles on Saturday (7 March) was designed to protect civilian aircraft, according to a spokesman from RAF Lossiemouth.

Two Russian Tu-142 Bears were tracked by the RAF and NATO allies from Norway and France as they approached the UK's area of interest on Saturday. The first illustration shows their route as tracked by radar. 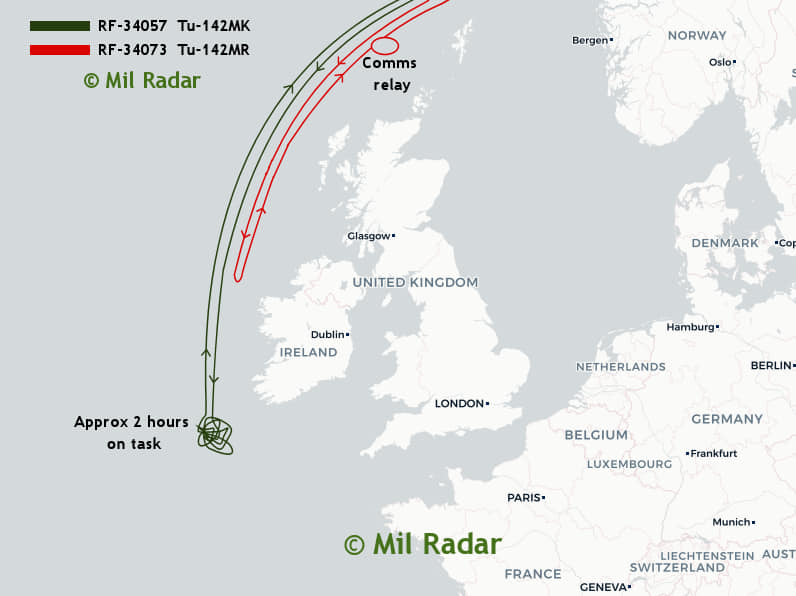 The activity was also followed live by air enthusiasts in the Western Isles throughout Saturday, but low cloud made it impossible to see the aircraft involved.

Although the Russian Bears, identified as an anti-submarine warfare plane and a communications relay craft, didn't enter UK sovereign airspace, they were shadowed by six aircraft, including Typhoon jets from RAF Lossiemouth.

An RAF spokesman explained that their flight path had a considerable impact on civilian airliners, which use regular routes across the Atlantic shown in the second illustration.

The spokesman said: “The first map shows regular paths used by civilian airlines as they enter and exit UK airspace to/from the North Atlantic. The Bears were tracking north and south in this area, which can mean air traffic controllers need to reroute aircraft for safety.

“They pose two potential problems: these aircraft often don't talk to air traffic control. As their intentions are unknown, air traffic controllers have to reroute civilian traffic to ensure they are safely separated and their routes deconflicted.

“Secondly, the BEAR-J trails a very long trailing wire antenna [which] can extend out almost five miles and poses a potential safety risk if not managed by air traffic controllers.

“Not only do our Typhoons act as a deterrent to this activity, but they can make themselves visible to air traffic controllers and battlespace managers. Ultimately we are not just securing the skies, but making them safer for other airspace users.” 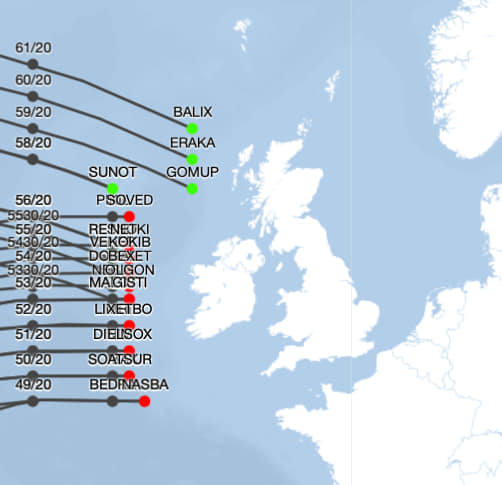 Pictures: Main: One of the RAF Typhoons shadowing a Russian aircraft during Saturday’s interception. Above: The regular paths used by civilian aircraft. (The maps were created by Mil Radar.)

There was further activity in the skies over the Western Isles yesterday (Wednesday 11 March) as Typhoon jets from RAF Lossiemouth were scrambled to respond to Russian aircraft approaching UK airspace.

A quick reaction alert (QRA) was triggered to monitor two Tu-142 Bear Maritime Patrol Aircraft bombers while they were in the UK area of interest. This is the second time RAF jets have been scrambled to monitor Russian aircraft in the last few days.

Air Chief Marshal Mike Wigston, Chief of the Air Staff, said: “These Russian bombers do not comply with international air traffic rules, are a hazard to airliners and are not welcome in our airspace. RAF Typhoons, alongside our NATO allies, ensured these Russian aircraft posed no hazard.”

The Russian aircraft were intercepted to the west of the Shetland Islands, tracking southward past the Hebrides and Ireland and down towards the Bay of Biscay where they were met by a French QRA.

The planes were also followed as they turned back north and were shadowed until they left the area of UK interest. 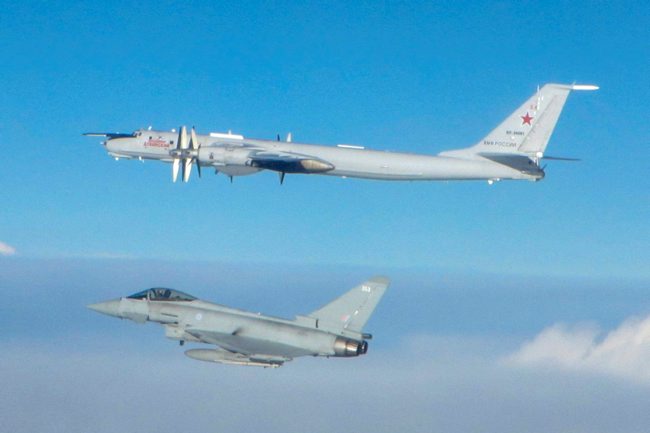 The picture shows an RAF typhoon shadowing one of the Russian aircraft over the Atlantic yesterday.