welovestornoway.com continues to expand its worldwide reach…our 'virtual roving reporter' Taylor Edgar looks at the comparisons between the Islands and a part of Oregon state, USA, almost half a world away!

Like the Highlands and Islands, the small seaside town of Cannon Beach in Oregon has had to put a temporary ‘Closed’ sign up to tourists. Quite literally in the case of this small town in the Pacific Northwest of the United States.

While about as far from the American Covid19 epicentre of New York City as you can get, Cannon Beach has become a victim of its own popularity with tourists. So much so that the resort has had to pull down the shutters and put their normal hospitality and warm welcome to visitors on hold for now.

Scot, Cameron Francey, who operates a health and fitness coaching business in Cannon Beach, told welovestornoway.com that a spring break invasion by tourists had left the town little option but to shut up shop until Covid19 is no longer an issue. 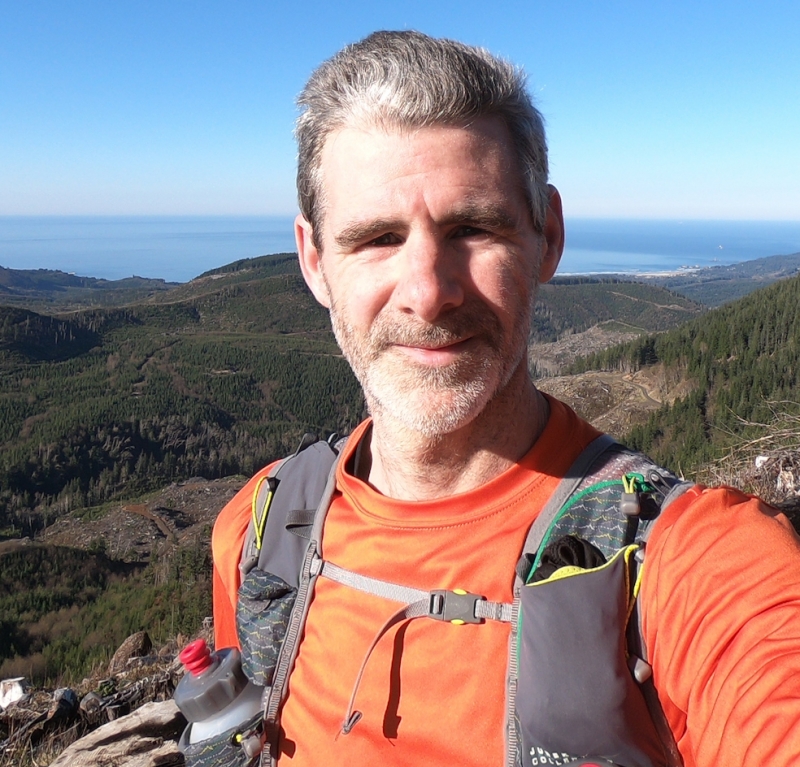 “Even though the state and the whole west coast was warned and advised not to travel, pretty much everyone from the nearby large cities descended on the coastal towns like nothing was any different from any other year. It was ridiculous to see this since so many warnings were made. In the end, Cannon Beach had to make a decision to ‘close’ the town to outsiders for now,” says Cameron.

It is quite a drastic step for this small town to take. Located on Oregon’s north coast, some 200 miles south of Seattle, Cannon Beach is dotted with small hotels, restaurants, shops and art galleries and relies on tourism for a large part of its income. And with a substantial number of older people and retirees, the threat of Covid19 is at the forefront of townspeople’s minds. 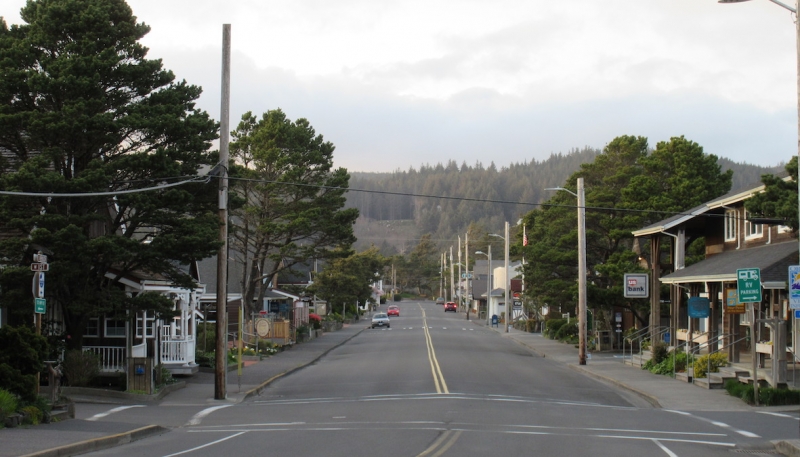 Remarks Cameron, originally from the Dumfries area: “After that first very busy weekend our shops which had been coping quite well with keeping supplies on the shelves for the locals became sold out of a lot of items. Items desperately needed by local residents, and since then they have been trying to replenish stocks.

“The surge of tourists seems to have decided because our shops had the things their city shops lacked due to panic buying that it was okay to ravage our limited local supplies. Luckily, it hasn't come to it, but it could also have placed a huge stress on our limited health care infrastructure.”

The once bustling town is now largely deserted, most businesses have "closed until further notice" signs on the doors, echoing the revised roadside "Welcome to Cannon Beach" sign on the main route into town.

Social distancing is in place, but not as restrictive as the UK or elsewhere, with no time limits on outdoor exercise so long as people heed the prescribed distance between one another.

However, the social distancing restrictions have placed some obvious challenges on Cameron’s health and fitness business (cameronfrancey.com).

“Most of my clients are people I work with face-to-face,” explains Cameron. “Luckily I have been able to adapt and work with them all remotely using various video conferencing platforms. Most people are now used to this, and it's become quite normal for them.

"This has affected me by not getting some new clients whom I had planned to work with at the local gym. Hopefully, after this is over, I will still get the opportunity.”

For now, his expansion plans are on ice, with the money he had invested in marketing materials and local promotion shelved for the time being until the Covid19 pandemic has abated.

“I had also planned to diversify to expand my offerings to remote sessions to increase my client base.  The virus situation has simply made me accelerate that project,” adds Cameron.

The Covid19 shutdown has therefore given Cameron some extra time to develop these remote service offerings, where before he would probably have met clients face-to-face. He is also utilising the time to further develop his back office operations.

Fortunately, the exercise regulations locally mean that Cameron need not skimp on his own fitness, and mostly it is business as usual for the long distance cyclist and mountain ultra marathon athlete. While he can no longer meet up with other long-distance runners, he can still cycle and run solo in his normal locations.

“My usual running locations are all on private forestry land in the mountains that border the town. The landowner grants permit access and so far they have maintained that access because very few people use it.  The state forest parks, on the other hand, have closed to deter outsiders. So we have lost some access to local areas,” explains Cameron.

Most of his personal fitness work takes place at home as he has never been a big fan of gyms and his exercise philosophy is to exercise wherever you are. He reflects this in the business model of his health and fitness company, as Cameron normally works with clients using the equipment they have at their own homes. A set of resistance bands, he points out, costs the same as a month’s gym membership, can go anywhere, and are equivalent to having a full set of weights.

On a more personal perspective, the biggest changes Cameron and his American wife, Brianne, must make is in their choice of food.

States Cameron: “One thing we make some compromises on is the food choices. We usually buy only organic local vegetables and fruit where possible, and we have very strict and healthy eating habits.  With some food products being in limited supplies, we have had to relax on the quality of some of our choices. Still very healthy, but not always organic. Things will have to get really bad before we would consider anything pre-made or processed."

Cannon Beach, like the Highlands and Islands, is still guaranteeing tourists a warm welcome, just not now.