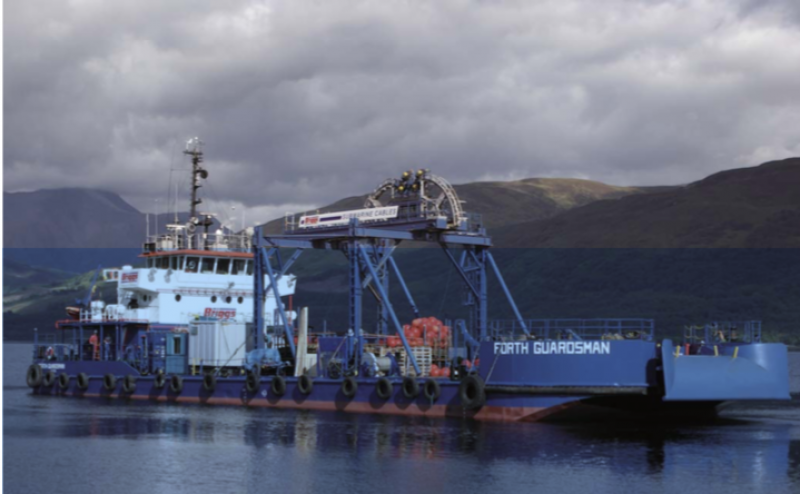 Salvors have today (Wednesday 8 April) returned to the site where a 90-metre cargo vessel is still ‘fast on the rocks’ in the Minch between the Isles of Lewis and Skye.

Efforts are resuming to get cargo shifted ahead of a salvage operation.

An HM Coastguard spokesperson said that the operation to remove oil from the cargo vessel MV Kaami has now been completed by salvors, while fuel and contaminated seawater from the onboard tanks have been taken ashore for recycling and disposal.

During a break in the weather on Saturday (4 April) the salvage team boarded the vessel and installed a motion monitoring system. This allows salvors who cannot remain on aboard the vessel safely during severe weather to monitor the vessel’s stability.

Wind and sea conditions hampered any further activity over the past few days, but with an improvement in the weather today salvors are back on board the Kaami with the local dive support boat Hirta (Kilda Cruises) and utility vessel Forth Warrior in attendance. 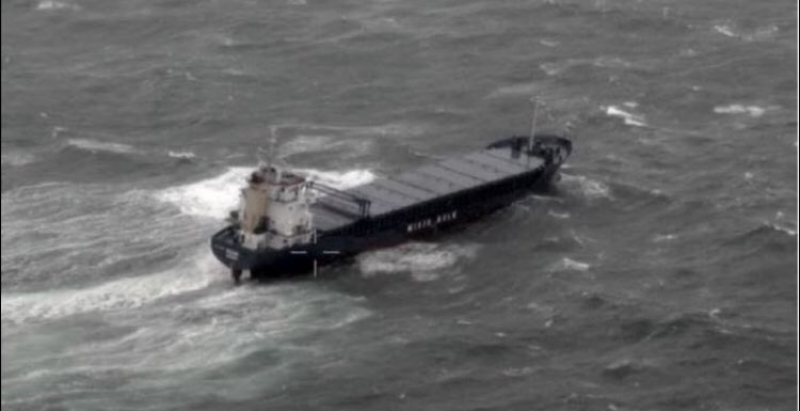 Also working around the site are the guard vessel Multratug 3, which has been maintaining an exclusion zone around the stranded vessel, and utility vessels Carly and Leslie Anne.

Salvors Resolve Marine Group are hoping to bring the Forth Guardsman, a flat-deck landing craft with a long-reach digger aboard, alongside the stranded vessel. Part of today’s remit is to carry on inspections of the damage and to try and use the ship’s gantry to remove cargo from the hold and make it ready for removal.

It’s then hoped they’ll be able to use the Forth Guardsman to remove the cargo on to a barge and take it away. One option for the barge to be used is currently in Tarbert, Isle of Harris, where it has been involved in dredging for the harbour improvement works now under way.

The state of the weather is critical for the next part of the operation, with vessels and cargo salvage equipment on standby to make use of breaks in the weather. The salvage is overseen by the Secretary of State’s Representative for Maritime Salvage and Intervention (SoSrep) supported by the MCA, salvors, the ship’s insurers and the Scottish Environment Group.

Once the cargo has been removed, the recovery of the empty ship will need to be carefully managed. Options under review will include an attempted refloat and tow, or lifting the damaged ship out of the water and onto a heavy load carrier such as was used for the removal of the Transocean Winner oilrig in 2016.

The position of the ship and the recurring poor weather conditions have created a challenging salvage operation, with additional problems added into the mix because of the Covid-19 situation. Planning meetings have been taking place using remote technology and there are some movement restrictions affecting personnel who would otherwise be travelling internationally.

However, the closure order on harbours and slipways issued by Comhairle nan Eilean Siar late last week has not had a significant impact, as the salvage of the stranded vessel is regarded as an essential operation on the grounds of maritime safety and environmental protection. This means that service vessels are able to move between ports in Lewis, Harris and Skye without restriction.

Pictures show the MV Kaami in its stranded position (MCA) and the salvage vessel Forth Guardsman (Briggs Marine).