From SY to Switzerland…living with Covid-19

In a land noted for its precision and fastidiousness, it is perhaps unsurprising that the citizens of Switzerland are paying heed to social distancing and other measures designed to contain the COVID-19 pandemic.

While the hills may no longer be alive with the sound of music thanks to stay at home orders, one Stornoway cove living near Geneva is taking the quarantine in his stride.

For Dorian Griffiths, the isolation is just another day for him as a stay-at-home dad caring for his two children, six-year-old Leo and eight-year-old Sophie.

Dorian, the youngest son of former Stornoway Coastguard district controller, John Griffiths and younger brother of Byron, Master of Cal Mac ferry, Lord of the Isles, has had less adjustment to make than many others.

Speaking to welovestornoway.com, Dorian said: "For the last six weeks our children have had to stay home from their French language school and all other activities. The first four weeks we were, like all the other parents, doing our best to homeschool them. The teachers sent through work via WhatsApp and email, and occasionally our youngest had a video conference with all his class."

Fortunately, there was good weather for the two-week Easter break, and so the children were able to play outside most days with the other kids in their apartment block. Interacting with their school friends has been a bit more problematic, but their solution has been to go 'old school' and write them letters which are posted through their friends' letterboxes when they and Dorian venture out for their daily walk.

Dorian's wife, Lesley, an accountant, is working from home too in a spare room they have converted into a temporary office. 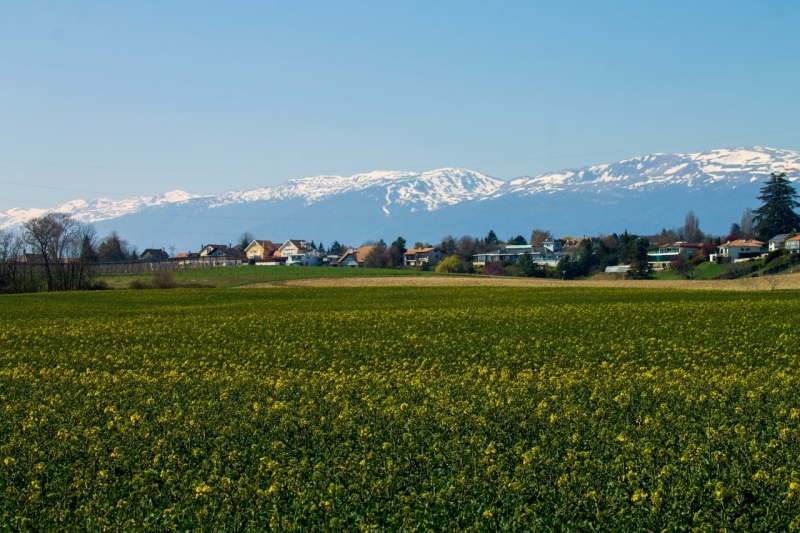 Outside their domestic bubble, the situation on the ground is quite different. At the time of writing, there have been almost 28,000 confirmed cases of COVID-19. Of this number, an encouraging 19,400 have recovered. Sadly, some 1,491 Swiss have died.

To combat the pandemic, Switzerland has effectively put up the barricades at the border.  Says Dorian: "The border is apparently a lot harder to cross. We used to be able to cross into France freely and easily, apparently there are major checks in place now. We have not tried to cross so we are not fully sure what restrictions are in place. Only French residents with work permits are allowed to enter Switzerland."

Domestically, all shops have been closed, apart from essential services such as foods shops, pharmacies, doctors' surgeries, etc. Like the UK, the Swiss government has ordered people to stay at home, except for daily exercise, food shopping and helping vulnerable people to cope. Gatherings of more than five people have been banned, all parks and lakeside beaches have been closed too.

There has been a high level of compliance with the rules, comments Dorian, adding: "Switzerland is overall a very healthy and law-abiding country, so as far as we can see everyone is doing what they are meant to do. When we go for walks people, cross the street to leave distance. The queues to go into shops, and at the checkouts are always well-spaced and with no problems.

"The hospital in Geneva has not been at capacity and has been taking patients in from France. We have had no problems getting food or supplies."

Switzerland, though, is hoping to see a slow return to normalcy in May. Schools are currently scheduled to return on May 11, but what other restrictions may be lifted by then is still unknown.

Also unknowable at the moment is how things will work out for Switzerland post-pandemic. The full effect on the country's internationally important banking and finance sector will only emerge in the coming months and years.

For a country known for its stability and order, no one is putting money on there being any drastic changes to Swiss society when COVID-19 eventually abates.

Predicts Dorian: "I feel that things will go back to the way they were here in Switzerland. I can't see the Swiss changing their ways dramatically. We will have to wait and see."

Certainly, Dorian is in a position to guess at the future mores of the Swiss, he and Lesley moved to Switzerland initially for two years, but have now been there for 12.

What he is confident about is the family continuing to avoid major supermarkets as they have been doing for the past number of weeks. Remarks Dorian: "We started grocery shopping at our local farm shops, this we will definitely continue to do. The quality of the produce is excellent, and it is always good to help your local farmers." 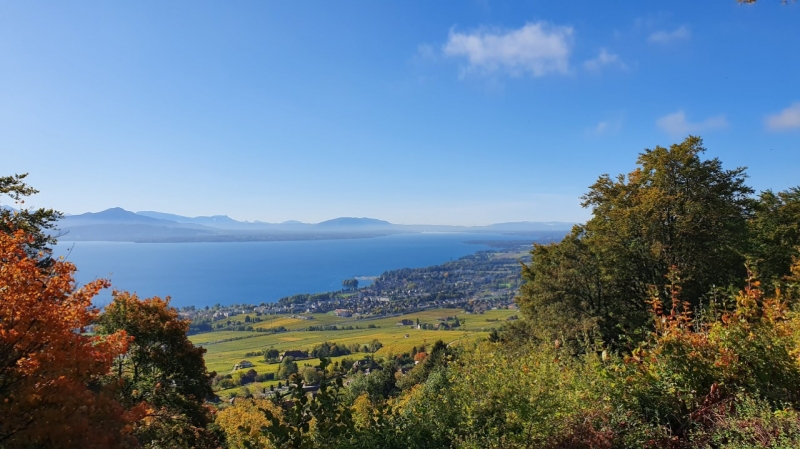