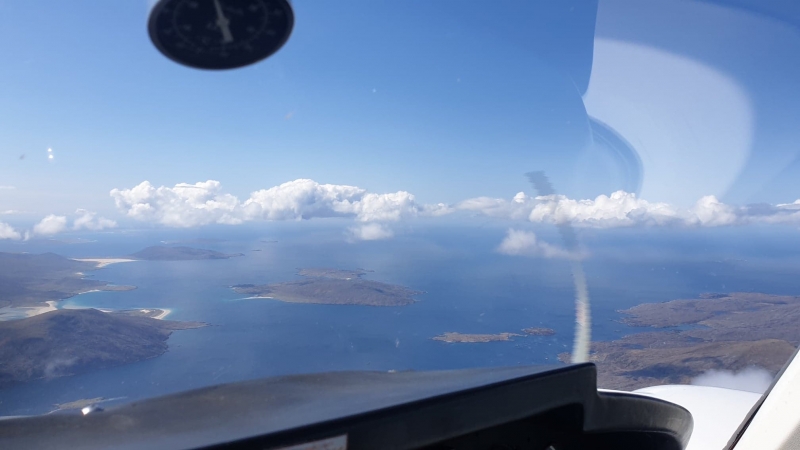 The flight, which was undertaken on Tuesday (28 April) by a twin-engined aircraft with an experienced pilot, involved the distribution of test consumables between Stornoway, Benbecula and Barra.

It had been requested on Monday by liaison planners currently based in Stornoway as a test of CAP capability and response times, with a view to more widespread UKCAP airborne support in the coming weeks. 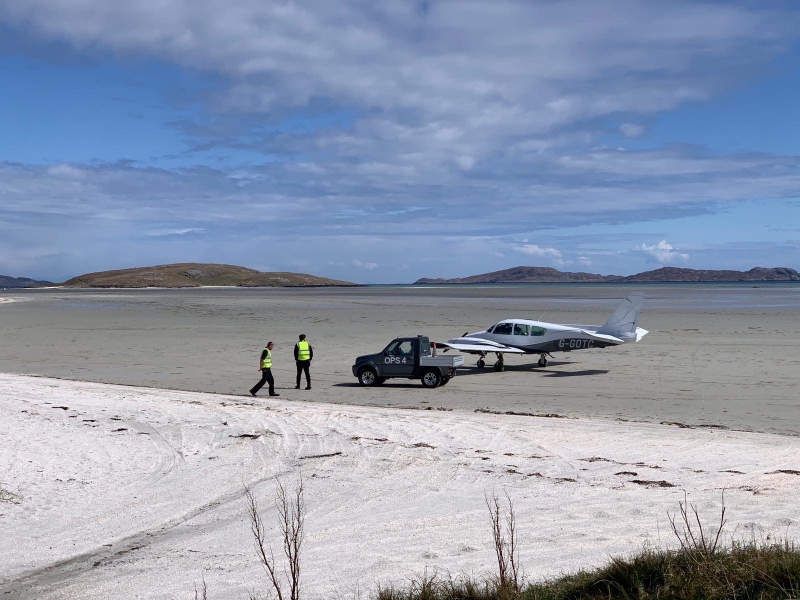 UKCAP national Chairman and Chief Pilot Archie Liggat said: “This week’s operation was a very straightforward flight for this aircraft. It follows a significant amount of planning in the background between the UK Civil Air Patrol nationally, local resilience forums and NHS planning teams.

“This flight once again highlights the UKCAP’s ability to augment our established public services in times of crisis and to undertake essential operations quickly, safely, effectively and at no cost to the public purse. This is only possible because our crews donate their aircraft and time for free.

“We are now discussing what additional support may be required by NHS Western Isles on an on-going basis and refining our plans to support this. These include the UKCAP potentially basing aircraft in Stornoway on a rotational basis to deliver support as required. 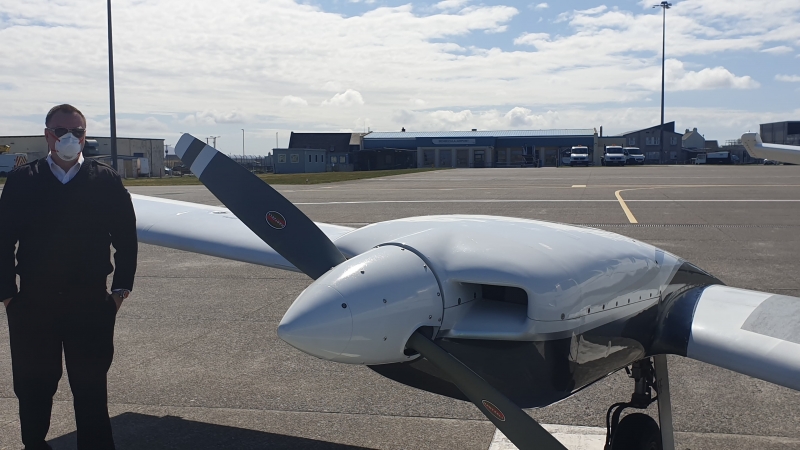 “It’s important to note that all UKCAP flying activity involves a high degree of preparation and planning, with all crews and aircraft appropriately certified and insured. This is especially true of our current very limited operations in reflection of the national lockdown. As a result of this, today’s operation was also specifically agreed in advance with the Civil Aviation Authority and involved additional safety measures.”

NHS Western Isles Chief Executive Gordon Jamieson, said: “As we face the unprecedented challenge of COVID-19, we have had to rapidly develop and implement new ways of working. UKCAP is another fine example of one of the many organisations and individuals stepping forward to assist us in managing and defeating this virus. We have a long way to go, and will face new challenges along the way. It is reassuring to know we have the support and input from UKCAP. I thank them on behalf of our communities in the Western Isles.”

The purpose of the UKCAP is to provide occasional airborne support to first responders, agencies, groups or individuals who would otherwise not have access to such a facility or who may need to temporarily extend the reach of their own established capability. Its role is strictly humanitarian and voluntary.

The UKCAP has aircraft, pilots and observers based all over the country operating from permanent airfields and farm strips. This ensures maximum flexibility and reduces transit time by air to the scene of assistance. The organisation also has an unmanned aerial vehicle (UAV) capability. 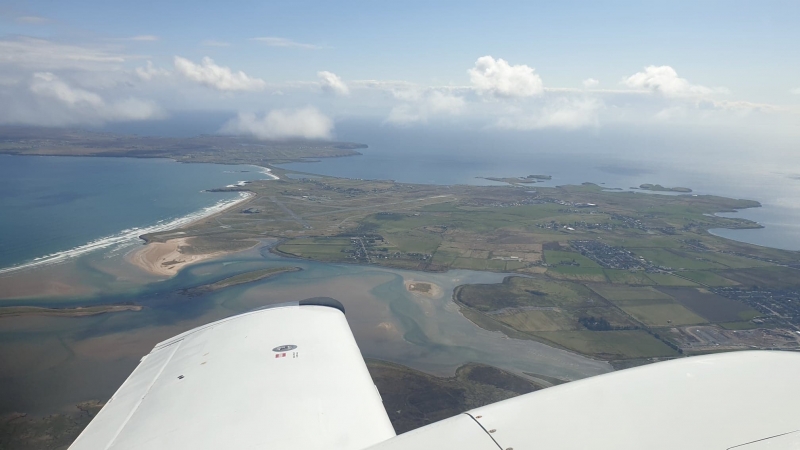