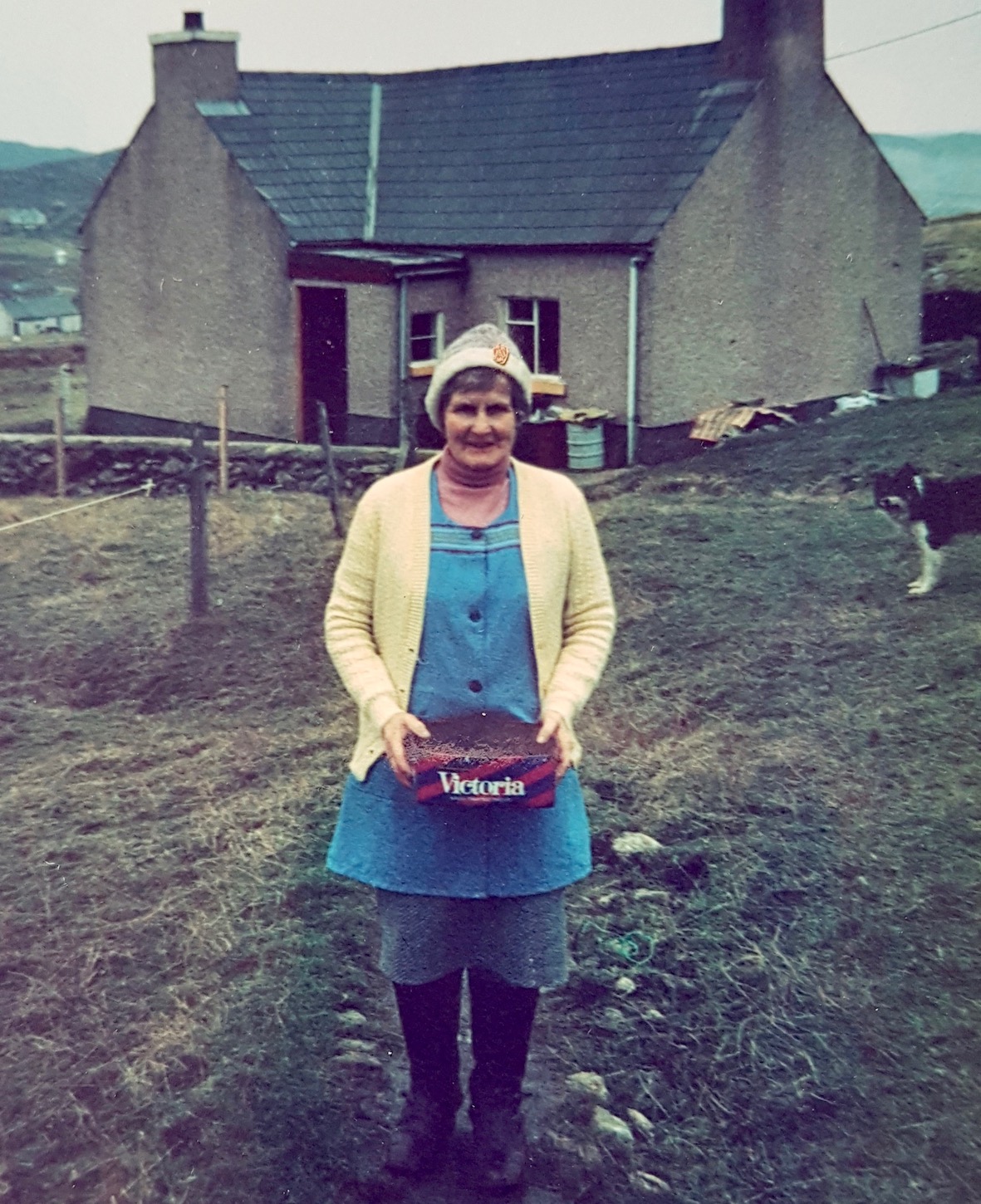 The death of Murdina Macleod of Upper Carloway in April this year saw the passing of a way of life now more usually spoken of as past history in the Isle of Lewis.

Having turned 106 in January, Murdina was by some stretch the oldest person living in the islands, indeed one of the oldest in Scotland, and she had a character well-recognised by those who remember the generations forged in wartime.

Born on 10 January 1914, Murdina was one of eight children born to Angus ‘Bhroillgean’ and Annie Maclean in Carloway. Angus was a veteran of the Boer war and Murdina’s early years, first in Carloway and then in Breasclete, were lived against the backdrop of the Great War.

At the age of 16 Murdina left home for domestic service on the mainland, where she worked in Dalmally (Argyll) and Bridge of Allan, near Stirling, in the houses of doctors and other professionals.

When the Second World War began she joined the Women’s Royal Air Force as a cook and was stationed in Oban and various places around the UK.

Once that war was over she came home to Breasclete and was on the bus heading for a day of shopping in Stornoway when she met her future husband, Roddy ‘a’Bhucaidh’ Macleod, also heading into town from Carloway.

He courted her persistently, cycling from Carloway to Breasclete in all weathers to meet her, and they were married in 1948. Four sons were born to the couple – Iain Duncan, Angus ‘Mickey’, Angus ‘Angie’ and Neil. 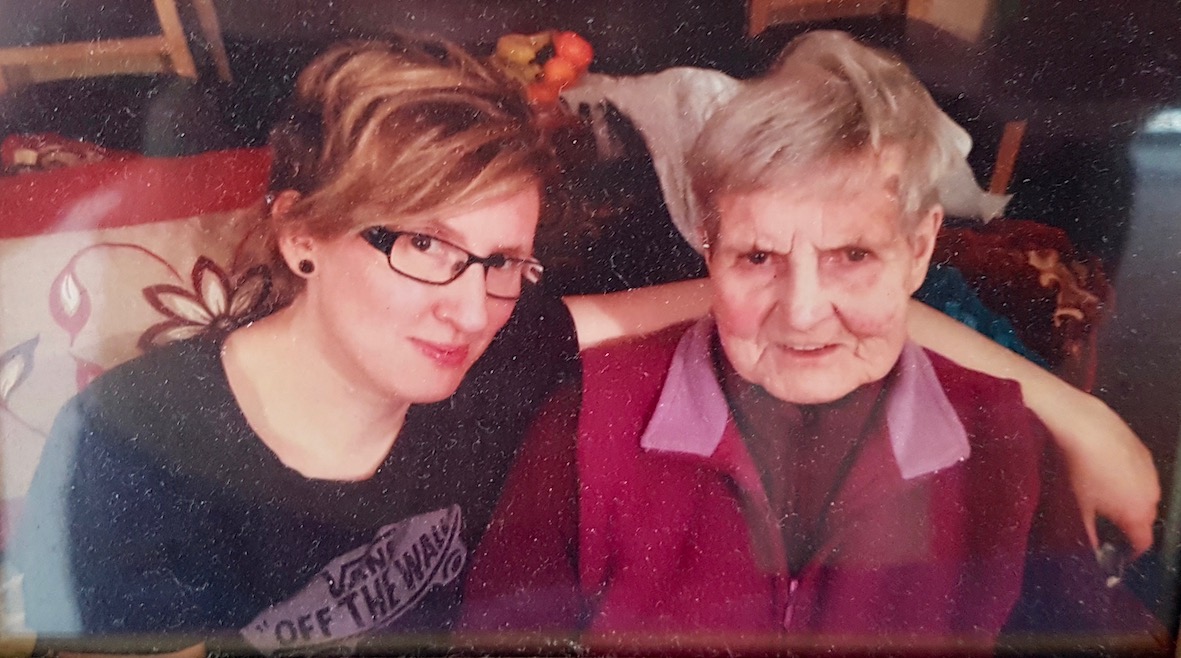 Murdina with her granddaughter Catriona in recent years

Neil’s daughter Catriona was very close to her grandmother. She said: “My grandfather built the house, Rockdale, at 77 Upper Carloway where I still live. They didn’t have a croft, but a feu on which they kept a cow, sheep and chickens, all of which were my granny’s responsibility, because Roddy was away labouring on the mainland.

“She was running the house and bringing up her children at a time when there was no electricity and she had to go to the well behind the house for water. I remember she told me there was only one television in the village and they would all crowd into a neighbour’s house to watch.

“When her children were young she would go to the peat bank daily to collect peats. She would be knitting as she went with the creel on her back. Later on, Roddy came home and had a loom in the shed, on which he was still weaving well into his 70s. Granny used to work on the bobbins, and I would sometimes help her with my sister Kirsteen.”

Murdina became a mother to Catriona after a family tragedy when Catriona was 14. She moved to live with her grandparents and benefited from her grandmother’s strength and independent outlook.

She said: “I remember her as a very independent and determined woman, not a sweet granny sitting in the corner. She was tough and strong, not someone you would mess with, and she had a great sense of humour – she was funny without being aware of it. My relationship with her was wonderful but, if we ever did clash, she would always win. She didn't dwell on things, but she was the boss of the family.

“I would try to help her in the house, but I was a bit of a tomboy at a time when there were very clear roles for women. I would rather be working with the sheep and so on than cooking and cleaning. The men weren’t too keen on it, but she would back me up and encourage me – although truthfully, I think it was because she liked to be the ruler of her own kitchen!

“I would say she had 105 really good years. When she was 100, BBC Alba made a feature about her and showed her pulling the wheelie bins up the path, which was pretty steep, but she insisted on doing them herself. There was also a radio interview when she was 105 – she pretended not to, but I think she liked the attention.”

When she was 105 years old Murdina fell and broke her femur in the doorway of the house. She later underwent surgery and, although she recovered remarkably quickly, she had to accept a homecare package. Catriona moved back in to care for her and says: “I could see she was frustrated that she couldn’t do things herself, it made her angry to have to accept help.”

But Catriona’s memories are of the good times that she shared with her strong-minded, independent granny. She said: “When I think of her, it’s as someone really active who never sat down. All the chairs in the house were hard, there were no easy chairs – she didn’t allow herself much comfort.

“I remember walking down to the shore with her when she was well into her 80s and hauling back buoys and other finds for the garden. She loved her garden and she was always busy in it, never sitting down or sunbathing, never still.”

Murdina is survived by her eldest son Iain Duncan, seven grandchildren and nine great-grandchildren. She was interred at Dalmore Cemetery, with the graveside service conducted by Rev Murdo Campbell. 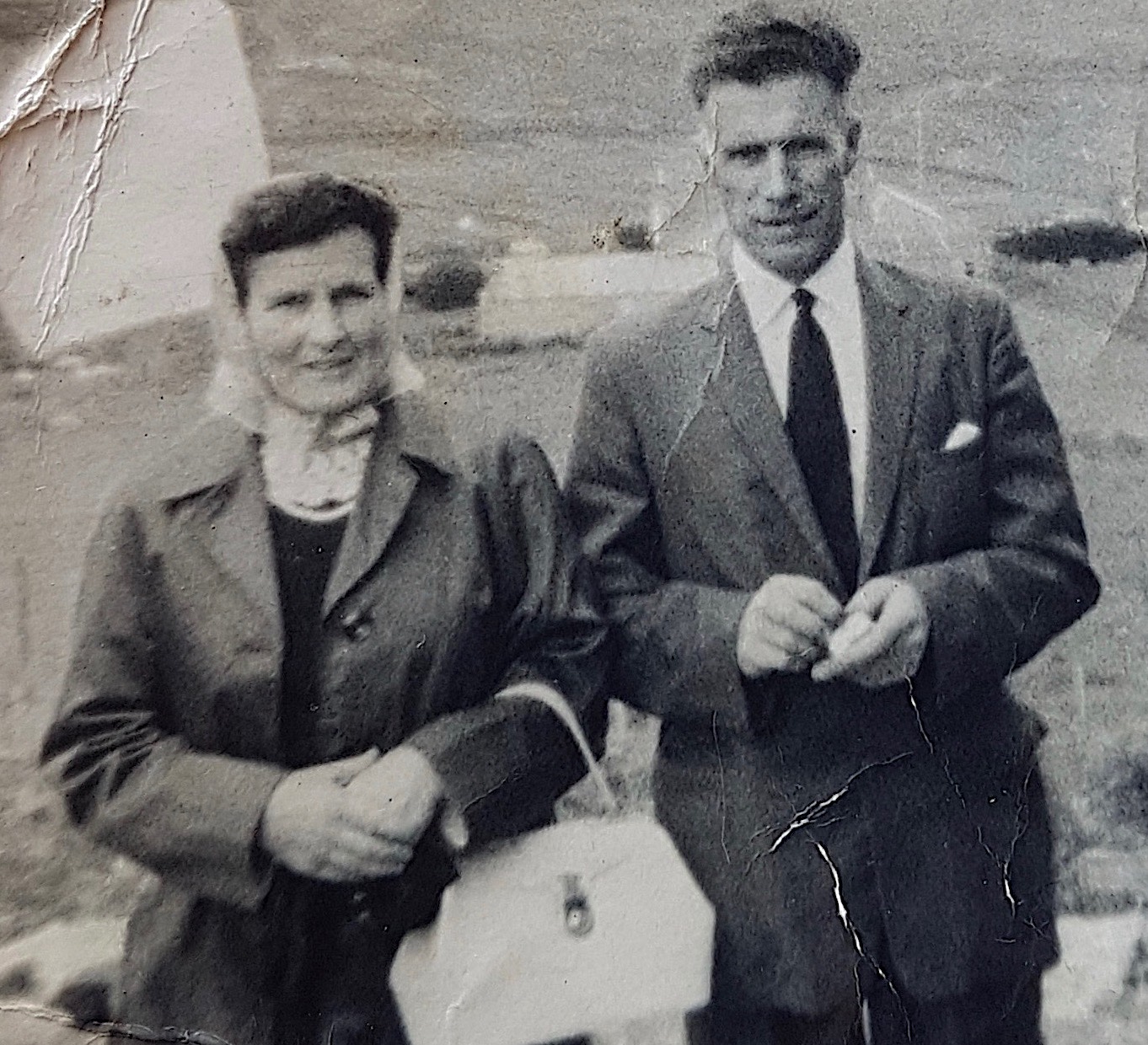 Above, Murdina with husband Roddy a’ Bhucaidh in the 1950s (all family pictures).