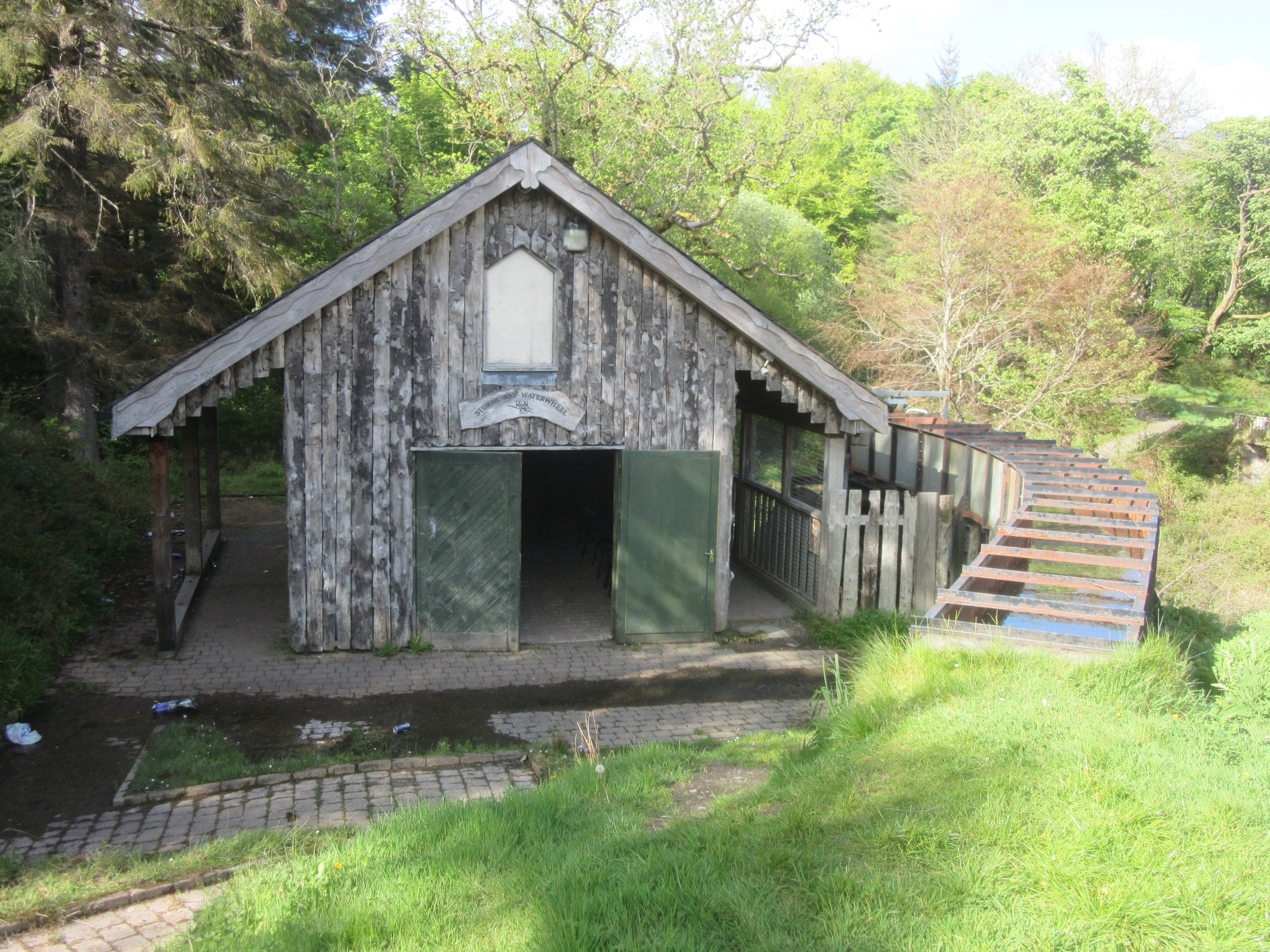 The waterwheel in Lews Castle Grounds has once again been vandalised, provoking strong reactions from the Stornoway Trust, local councillors and members of the public.

Police are asking for any information about the incident, which saw the locked outer door of the building forced open, windows broken and the area left strewn with broken glass, bottles, cans and other rubbish.

The vandalism was reported by a passer-by on Monday (18 May) and viewed soon afterwards by Stornoway Trust factor Iain Maciver, accompanied by police officers.

Iain Maciver said: “Police are looking into this and it is going to have to be reported to the trustees. In the meantime the area has been tidied up and the door secured by our groundsman.

“It’s an ongoing problem that we have with vandalism to that area. What seemed to be a good idea at the time of its construction, has proved to be a costly and burdensome problem.

“It’s disappointing that a place that gives so much pleasure to so many people is spoiled by the behaviour of a few.”

His disappointment was shared by members of the Facebook group Our Castle Grounds, who commented on the prevalence of dumped rubbish and evidence of drinking sessions, even during lockdown.

One said: “It’s a nightmare trying to walk my dogs in the grounds at the moment due to broken glass, cans, bottles and carry-outs getting left there.”

Another added: “I wonder how these people behave at home? If they don’t behave like this, then leave the grounds alone and have some respect.”

Stornoway Councillor Charlie Nicolson said: “The evidence of drinking there was quite apparent and that is wrong in itself. Parents should know where their young people are during lockdown.

“What are they doing gathering together? The police can’t be everywhere at once and parents should know where their children are and what they are doing.”

Police are appealing for anyone who witnessed any suspicious activity at the Waterwheel or in the surrounding area over the weekend of 16/17 May to contact them on the non-emergency number, 101, quoting incident number NH560/20.