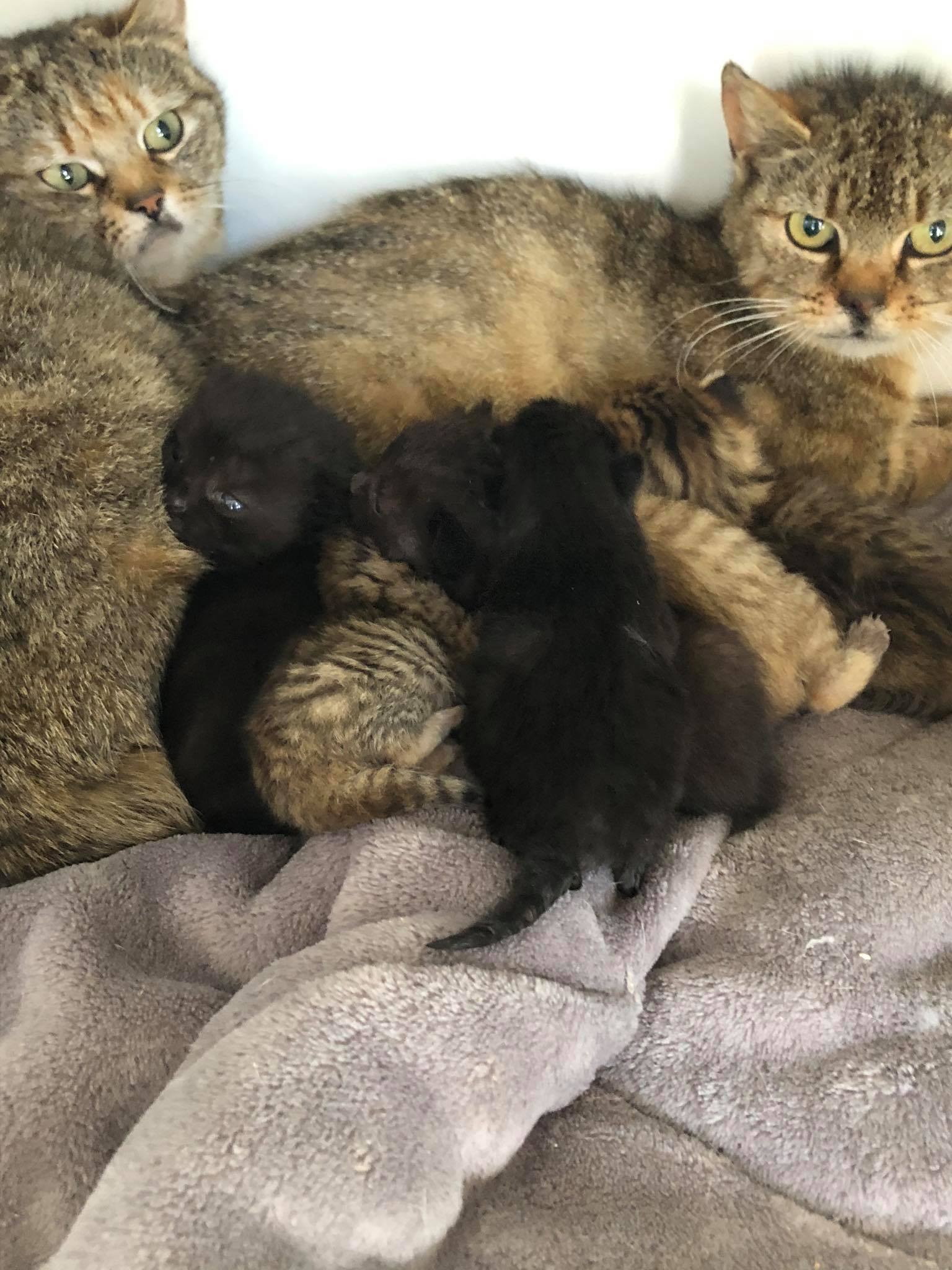 Cat mums team up to care for kittens

A family of feral cats have become unlikely screen stars after sparking an emergency rescue operation this month.

Cat rescue group WISCK (Western Isles Support for Cats and Kittens) got an emergency call from staff at the BASF Pharma works at Callanish two weeks ago, seeking help with an unusual feline problem.

Production supervisor Jack Gearty said: “We were planning the lift and replacement of a 25-tonne tank when one of our engineers came into reception to say that a cat had run right in front of him while he was getting the site ready. 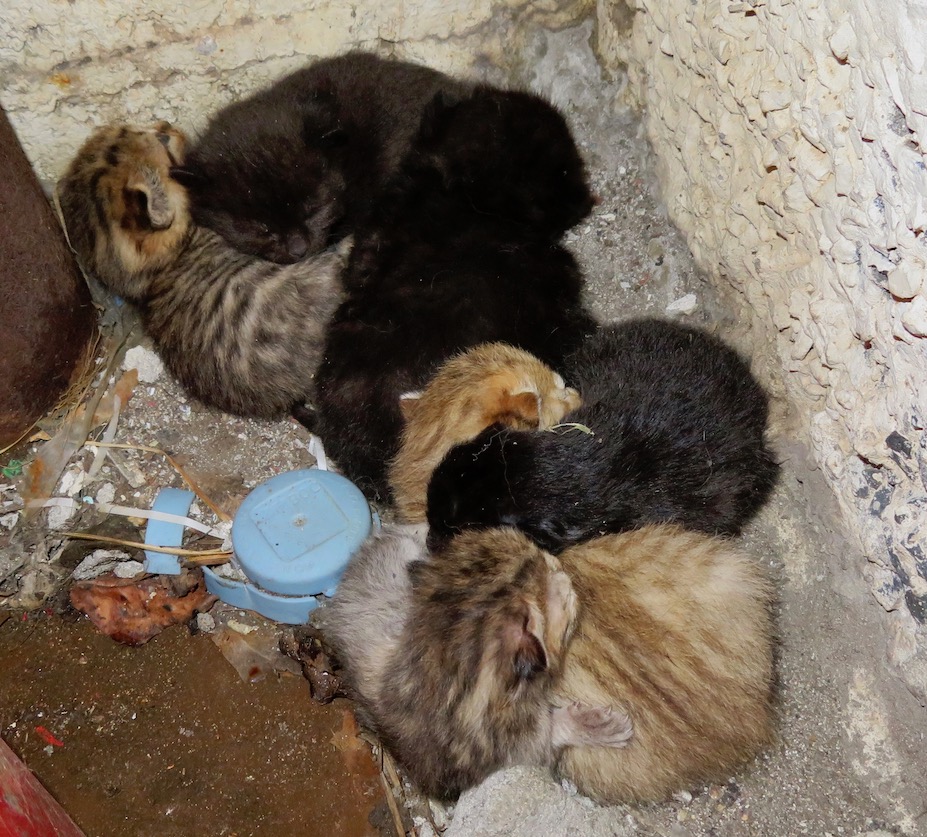 “A few of us went down and found that there was a litter of kittens, tucked into an alcove in the wall right behind the cage that holds the gas bottles. There was a crane coming the next day and if Ross hadn’t seen the mother cat, we wouldn’t have known they were there until we had heavy machinery virtually on top of where they were.”

Jack called Karen Cowan at WISCK and she and fellow-volunteer Iain Maciver went down to the Callanish site with traps and cages.

Karen said: “When we got there we realised it was two litters, as the kittens were very different sizes, though unusually though they were all together. Having set a trap we waited and watched and saw two very similar cats going back and forth to the babies.

“Thankfully we eventually managed to trap both adults and get them and all six babies into care. This was the most worrying stage as we didn’t know if the mums would accept the kittens having been moved, or even which kittens belonged to which mother! 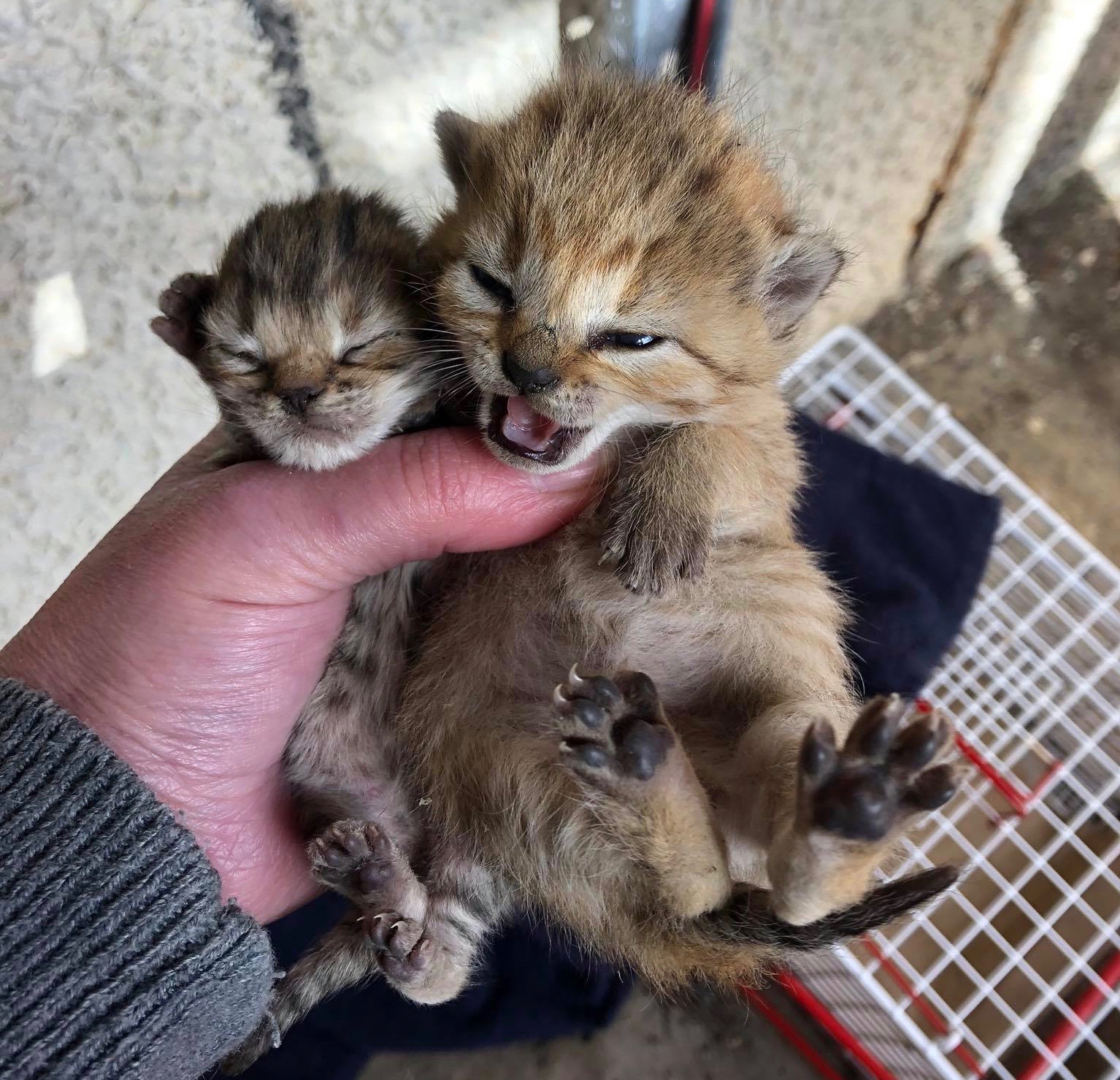 “After a worrying few hours, where both adults completely ignored the kittens and we feared we may have to step in and bottle feed them, both mums started to feed all the kittens together.”

In fact the adult cats wanted to have as little as possible to do with the humans who rescued them from injury or separation, but they were clearly absolutely devoted to each other.

Karen believes they are mother and daughter who had litters close together and are sharing childcare – but keeping an eye on them proved challenging, and that’s where a bit of screen-time proved an ideal way to provide eyes-on care without adding to the stress for the feral mums.

She said: “This very unique little family seem to be doing well now and the adults are both eating. They are so sweet together but just to keep an eye on things we’ve moved the Catcam into their pen for the moment.” 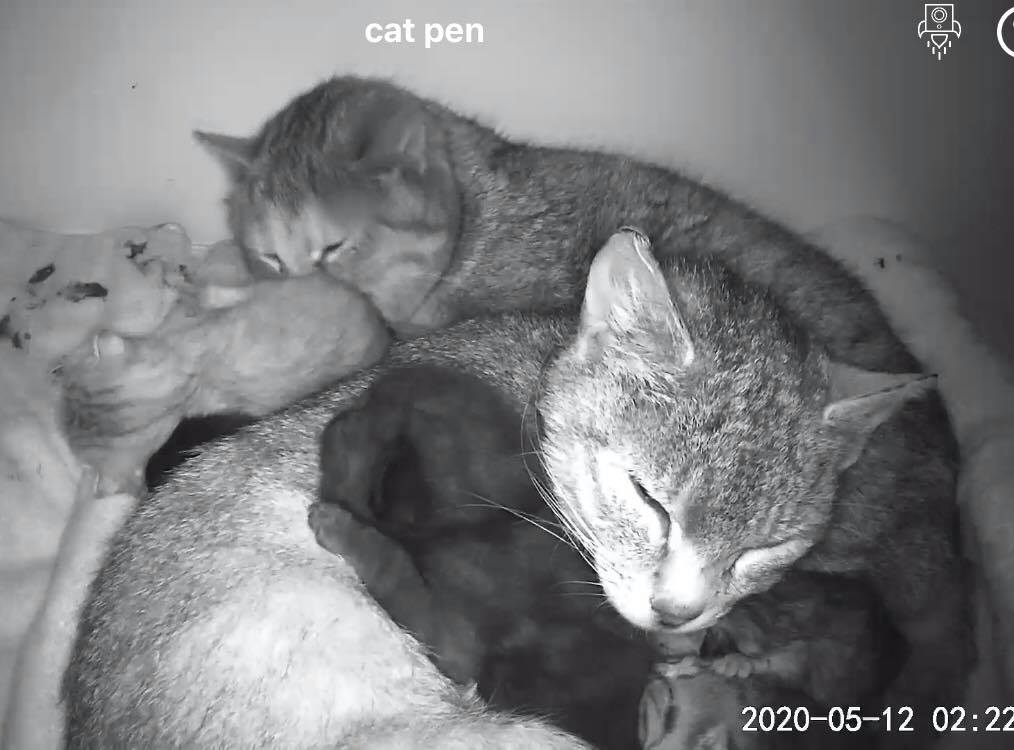 The result has been a series of heart-melting videos showing a unique view of feral cats cuddling up, feeding their kits and even playing together. You can see one of them on our Facebook page and view more at https://www.facebook.com/westernislessupportforcatsandkittens/

The BASF family are just a few of a tidal wave of feral kittens (currently 32) born in May in the care of the Stornoway-based cat rescue group. WISCK was formed to support the feral, stray and unwated cats of the islands after the national charity Cats Protection withdrew from Stornoway late in 2019.

Entirely dependent on public generosity to feed, shelter and rescue cats, the group accepts donations via Paypal at This email address is being protected from spambots. You need JavaScript enabled to view it.

Karen and the WISCK volunteers are keeping a close eye on the BASF babies, which will eventually be socialised by volunteer foster-carers before being made available for new homes.

Staff at BASF have been given warm congratulations for alerting the rescuers, as Karen said: “Thank you so much to everyone at BASF for alerting us to this family and for being so caring about their wellbeing.”

And BASF’s Jack Gearty said he’s now hyper-aware of cats around the company buildings. “I’ve never noticed them much before, but everyone here is concerned – we’re all into cats and now we’re noticing them around the place.

“I know we’ve never had any issues with mice in the building, even though both we and the fish-farm next door keep the kind of materials that might attract them, so if there is a feral colony around, they’re obviously doing a good job!”

The pictures show the BASF cat family in their nest behind the gas bottles (Jack Gearty) and in care with Western Isles Support for Cats and Kittens (WISCK).