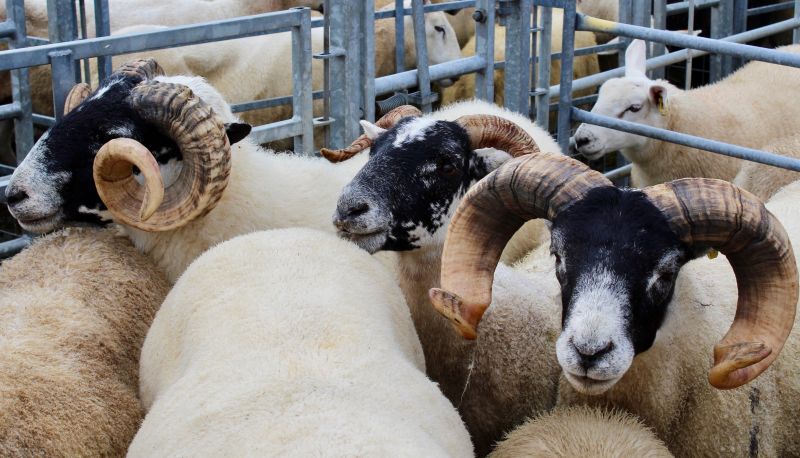 The Scottish Crofting Federation (SCF) has welcomed the research report produced by Scottish Government which makes it clear that a Brexit extension is essential to Scotland’s economy.

“The Covid-19 pandemic is, quite rightly, absorbing considerable resources from all our national governments”, said Yvonne White, chair of the crofters’ federation.

There is no doubt that it is impossible to conclude a comprehensive trade deal with the European Union before the end of 2020. It is therefore essential that the UK government agrees a two-year extension to the transition period with the EU.

“SCF welcomes the Scottish Government’s well-researched evidence of the impact of leaving the EU too quickly and applaud their work on this. We entirely support the stance taken, that the UK Government must apply for a two-year extension to the transition period.

"This is too important and affects the economic wellbeing of too many people for the negotiations to be rushed to meet a self-imposed and arbitrary deadline.”

Meanwhile, Highlands and Islands MSP Donald Cameron is backing calls that the SNP Government supports Scottish fishermen against the EU demands for access to our waters.

Mr Cameron said: “Coastal communities around the Highlands and Islands will be dismayed by the defeatist and negative attitude of the SNP to this issue.

“SNP ministers are always predicting doom and gloom. If they really were friends of our fishing sector, ministers would be getting behind the UK Government and supporting our moves to becoming an independent coastal nation once again.

“The question remains. Does the SNP government stand with our Scottish fishermen and the UK Government in holding firm against these unreasonable demands, or are they on the side of the EU27 who want our fish before negotiation?”

But Na h-Eileanan an Iar SNP MSP Alasdair Allan has called on the UK government to extend the Brexit transition period in light of the coronavirus pandemic – with new analysis showing billions of pounds could be wiped from the Scottish economy.

The transition arrangements currently keep the UK close to the EU and can be extended for two years – beyond 31 December - if the UK Government asks for an extension by the end of this month.

But a new study from the Scottish Government says if an extension is not agreed, Scottish GDP could be up to 1.1% lower after two years. The cumulative loss of economic activity from leaving the EU would be up to £3 billion over those two years – on top of the devastating effects of the Coronavirus outbreak.

The paper indicates there will be further major costs from Brexit for years to come, and also highlights that without an extension or having a free trade deal in place, Scotland’s agriculture, fisheries and manufacturing sectors will be especially badly hit.

Alasdair Allan MSP commented:“Coronavirus is causing enormous economic disruption and people rightly expect government to be putting all of its energy into protecting public health and the Scottish economy.

“It would be reckless in the extreme for the UK government to allow us to crash out of the transition period at the end of this year.

“The SNP believe the best future for Scotland is as an independent member of the EU. But regardless of your opinion on Brexit or independence, it makes no sense to crash out of the European single market at the same time we are trying to get to grips with coronavirus.

“The islands’ economy was already going to be disproportionately hit by crashing out of the single market. But right now, island businesses are focused on securing their future – they simply don’t have the capacity to prepare for Brexit on top of a pandemic.

“The UK government must do the sensible thing, protect jobs in the islands and extend the transition period.”

(Additional comment has been added to this article since it was first posted.)