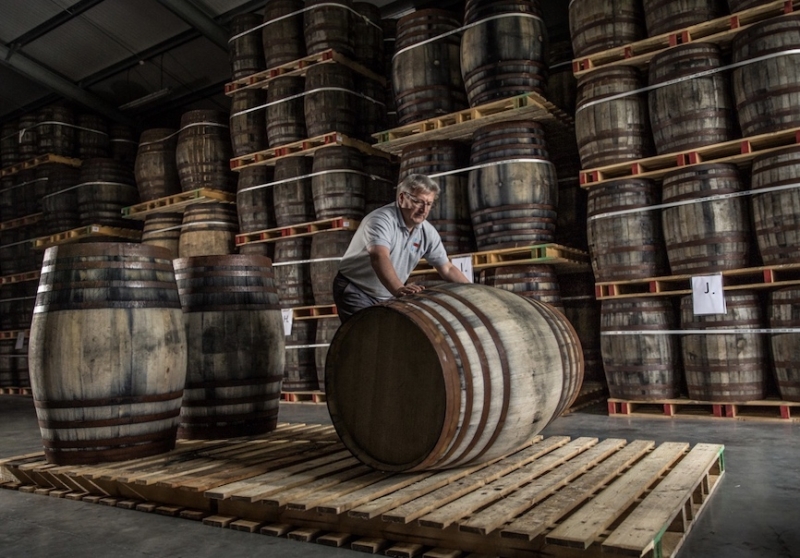 Planning permission for a new bonded warehouse to store casks of Harris whisky as they mature is a statement of commitment to future generations, according to the managing director of the Isle of Harris Distillery.

And Simon Erlanger is hopeful that the permission may be granted this month (June) in time for a quiet little celebration of exactly four years since the first casks of The Hearach, the island-distilled and matured single malt, were rolled into storage to begin their slow progress towards maturity.

“The distillery opened in October 2015, distilling whisky began in 2016 and then we made sure the spirit was just right before starting to fulfil orders for privately-owned casks, stored at the distillery itself. It was June 2016 when the first casks went into the warehouse at Ardhasaig and that’s where they have stayed since.”

Quiet and slow is exactly how things go inside the bonded warehouse, located right by the shore on croft 8, Ardhasaig. Simon said: “It’ll be ready when it’s ready. We didn’t even taste it for the first three and a half years, but let’s just say at a recent broad tasting across a range of casks, we were pleasantly surprised. The whisky is maturing gently here, it’s doing well and we’re not desperate to put it into a bottle.”

Isle of Harris Distillery has applied for planning permission to build three more bonded warehouses on land close to the rocky shore in north-west Harris, but the intention in the immediate future is to actually build just one. Permission for three is a marker and a commitment to the future.

Construction of warehouse no. 2 is actually well ahead of schedule for the company – proving that even in the leisurely process of distillation, some things go quicker than expected.

Simon said: “We had anticipated that one warehouse would be adequate for the foreseeable future, because we expected that by the time it was full, we would be selling bottles of mature whisky, so there would be casks leaving as well as casks going in.

“What we hadn’t reckoned on was the popularity of Harris Gin, which has been so successful that it enabled us to put in extra fermentation vats, and later to change our shift pattern and to appoint the Hebrides’ first distillers’ apprentice, all of which meant that in 2019 we were able to ramp up production.

“Now we can project forward and we realise that we have the high-class challenge of getting a new warehouse ready by June 2021, because by that time the first one will be full.”

The timetable seems almost hurried by comparison to the leisurely pace of distilling. Planning permission is hoped for this month and work should begin on the ground within months.

The likely contractors are mainland specialists who constructed the first warehouse, but the three- to six-month construction phase could bring knock-on benefits to a cash-starved hospitality industry over the winter. 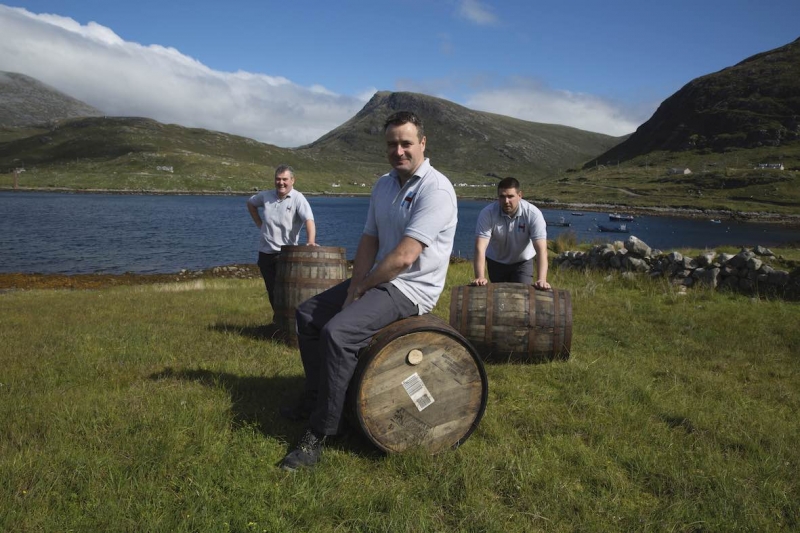 Choosing the location for the new warehouse – and for those that may follow after – has been governed principally by practicality. As Simon said: “Finding a piece of land flat enough to build a warehouse in Harris is a challenge in itself. Our survey work shows that the location we have is reasonably buildable, although we never know until it starts.”

Staying at the same location means maintaining the same ‘terroir’ – the climate and location where the whisky is matured. The site at Ardhasaig bears the full brunt of the Atlantic storms and that will definitely have an effect on the finished taste. Simon said: “Wind and rain increases penetration into the casks which makes great maturation. It extracts maximum flavour from the oak and loses the youthful, raw edge of the spirit.”

Also beneficial to the final product which will bear The Hearach label is Harris’s low variation in temperature year-round. That’s something we may not love, but whisky does. Relatively high humidity also affects the way that moisture passes in and out of the casks within the warehouse, creating what Simon calls ‘the magic’ of maturation.

Despite choosing to place the next warehouses in the same location, consistency of flavour is not necessarily what the distillery is after, according to Simon. “There’s part of us which would like to see what the whisky would taste like if it was matured in a different part of the island. Variety can be really interesting.

“A single malt whisky needs a signature, but every cask will have a slight variation and the time of maturing, the decisions made by the distiller, the barley crop that was used – all of these make a difference and we celebrate that diversity. We might look at acquiring land in other parts of the island for the future just for that reason.”

One thing that simply isn’t up for debate is whether the spirit will ever move off the island for maturing elsewhere, something that happens with other island malts. The Hearach will always be distilled and matured in Harris.

Simon said: “At this time of massive uncertainty and volatility it’s wonderful to be thinking ahead to creating a warehouse that will house casks holding the lifeblood of the future, of this distillery and those who work in it.

“We’re focused on remembering that we’re here for generations, not just for now, and we must be aware that all our decisions have to be the right ones not just for the future of the company, but for the island.”

Pictures show distillers Domhnall Macleod, Donnie Macleod and Billy Fraser at the site of the potential warehouse development at Ardhasaig and a rare glimpse inside bonded warehouse no. 1 with Kenny Maclean (Isle of Harris Distillery).