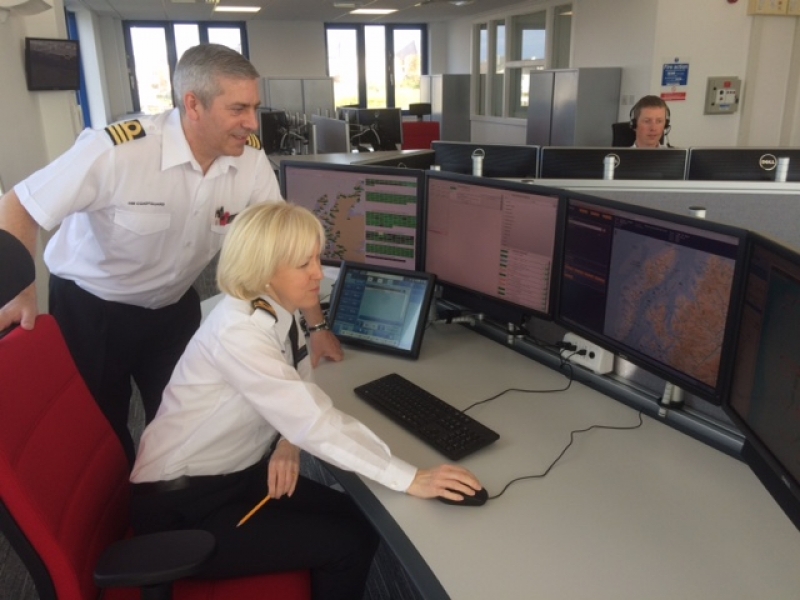 The fast-changing role of communications technology in search and rescue has been highlighted by Stornoway Coastguard officers – using incidents which took place 99 years apart!

Stornoway Coastguard Operations Centre (CGOC) handled an emergency search operation at Ardnish near Mallaig early on Sunday morning (5 July) after two silent 999 calls were received at around 7am.

Thanks to a series of telecoms advances, the search and rescue co-ordinators at Stornoway were able to pinpoint the origin of the calls, which had come from two different mobile phones in the same location. The callers had lost connection and were unable to give any information.

A Coastguard spokesman said: “The position was fixed using the enhanced information service for emergency calls (EISEC), a system which accesses a secure BT database to display details of the callers in the emergency co-ordination centre.

“The first display places the call within a certain search radius and the second one is much more detailed. It gives us a good idea of the probable location of the mobile phone and, on that basis, we can begin the search.”

Maritime operations team leader Carl Taylor, who was on duty at the time of the incident, said: “People are often unaware that, when you dial 999 from a mobile phone, the location services automatically switch on. While you’re talking to the emergency services your position data is automatically sent.

“It’s a significant aid to operations rooms in an emergency, meaning we can speed up the process to get assistance to you quickly, and it’s one of the reasons why in an emergency it’s important to call 999 rather than the routine numbers.”

Sunday’s search saw Coastguard Rescue Teams from Mallaig and Salen dispatched to the location, where two people had become disorientated after hill-walking and camping overnight near the shore. They were found safe and well at 8.44am and given safety advice by CRT members.

Carl said: “If you compare this incident with the communications recorded in the historical log of Stornoway Coastguard station you can see how much times have changed.

“In 1921 a fishing vessel went aground on the west coast of Barra and the distress call was sent by letter, which took almost four days to reach Stornoway. The same message can now be sent in a fraction of a second.

“In some circumstances, modern communications are progressing towards taking the ‘search’ out of search and rescue, meaning that we can get rescue assets to you so much more quickly.”

Some things haven’t changed, though. Sunday’s casualties returned to their vehicle safe and well and, in 1921, the four fishermen aboard the grounded vessel made their own way to the shore and were safely brought under cover by local residents.

Stornoway Coastguard’s logs, dating back to 1897, are in the safekeeping of Stornoway Historical Society.