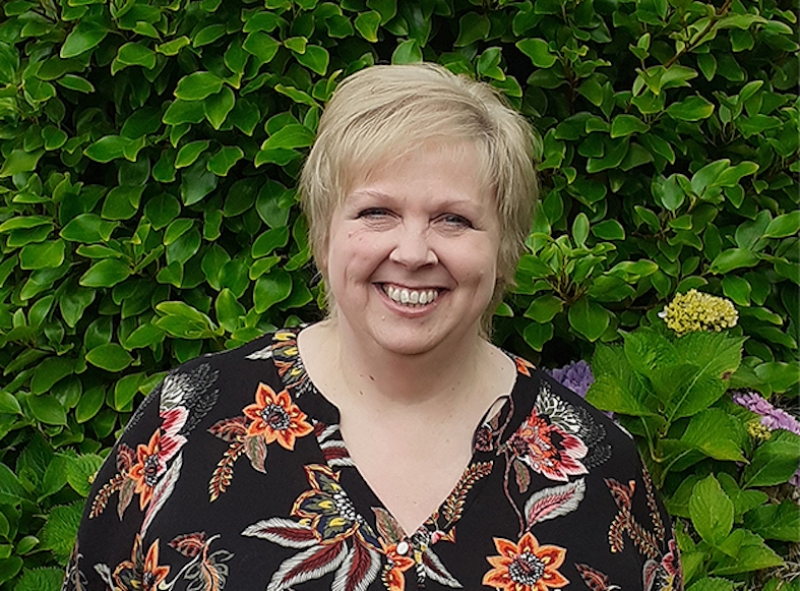 Dermatology Specialist Nurse, Angela Woodley, has been successfully shortlisted at the RCNi Nurse Awards 2020, which is widely regarded as the highest accolade for nurses in the UK, NHS Western Isles says.

Angela was nominated in the category ‘Innovations in your Specialty Award’ for her commitment to the dermatology service redesign delivered last year, which itself is a great indictment of her dedication and enthusiasm.

Qualifying as a nurse 30 years ago, Angela began her employment with NHS Western Isles in 2006, first working on Erisort Ward for five years, before working simultaneously as part-time Dermatology Liaison Nurse, Occupational Health Nurse, and as a Call Centre Nursing Advisor with NHS 24.

Angela, said “I am honestly astounded at not only being nominated, but to have been shortlisted for this award.”

“Under her lead, waiting time breaches for urgent referrals to the service have gone from 55% to zero. In addition, weekly rather than monthly clinics are improving outcomes for patients with suspected cancer, and all patients are put on a treatment plan within a week of referral.

"Her patient satisfaction questionnaires are all positive, with patients reporting that they feel listened to, appropriately treated and reassured.  Her use of tele-dermatology has allowed for further education of nurse and referring GPs as all results are fed back with images and comments, thus reducing future referrals.”

Angela added, “I couldn’t have achieved the service redesign without the support of Iain and the rest of the TEC Team – they have the ‘know how’ to make things happen.

"With further support from the Western Isles Health Board, doctors Pete Greenstock and Kate Dawson, the dermatology service continues to develop.  In addition, the team at the Western Isles Hospital’s Outpatients Department (my ‘work family’) have always been so supportive and encouraging, having more faith in me than I do!”

She continued, “Since the announcement of being shortlisted, I have already been tweeted congratulations by Sandra Lawton OBE, Queen’s Nurse and Nurse Consultant Dermatology, the British Dermatological Nursing Society and Psoriasis.org, which is an absolute thrill to be acknowledged by my dermatology peers!”

William Findlay, NHS Western Isles Nurse/AHP Director and Chief Operating Officer, said, “We are very proud of Angela’s achievements.  She has transformed a limited dermatology service into one that is outstanding and person-centred through clinical leadership, co-designing improvements with patients, and using technology from the United States for our remote islands.”

“In addition, Angela has engaged to a level above and beyond her position.  She has undertaken advanced training (Masters level) in Dermatology and has now completed her second year with a distinction award. She has become an accomplished, advanced independent practitioner in dermatology who can now better serve our local community.”

Organised by RCNi on behalf of the Royal College of Nursing, the awards celebrate the best of nursing and present an unparalleled opportunity for attendees to network and share nursing and healthcare innovations.  Winners will be announced at a virtual award ceremony later in the year.