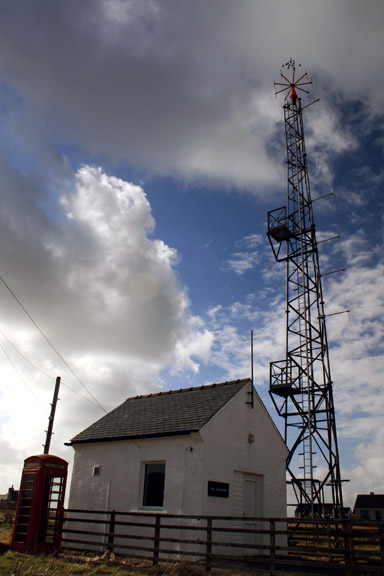 Five locations in Lewis and Harris, one in North Uist and one in Barra are among 155 remote radio sites which will be newly connected by fibre cable, replacing existing copper-wire telephone links.

The new network, to be built and maintained by telent Technology Services Ltd replaces what are effectively continuously open BT telephone lines, according to the MCA’s maritime operations controller in Stornoway Angus Maciver.

Angus said: “Since 2000 Her Majesty’s Coastguard have connected to radio sites via open BT telephone lines between our Stornoway operations centre and remote locations around the island.

“These include at Forsnaval in Timsgarry, Rodel in Harris, on the Cross Skigersta Road in Eoropie, at the Butt of Lewis lighthouse and at Aird in Point. There are also sites at Clettreval in North Uist and Grianan Head in Barra.

“When the Coastguard network was upgraded these kilostream open connections were redirected to link with Aberdeen and Fareham and, in 2015, BT gave notice that the kilostream service would be coming to an end in 2020. There have been technical difficulties replacing it, so that deadline is now extended to 2023.

“Meanwhile, in the past 20 years everything has switched from analogue to digital so we’re now in the position to replace kilostreams with fibre connections.”

In other remote locations around the UK, the work to connect the radio sites by fibre will have the positive side-effect of bringing fibre broadband connections to local communities. But Angus says that, in the Western Isles, all the radio sites are already situated in communities with fibre connectivity.

He said: “In the case of each of our remote radio sites, the BT fibre network has already reached those communities. There’s the remotest possibility that, somewhere in the north-west highlands, BT will have to extend their current fibre network to accommodate the change, but not in the islands.

“Effectively, the change will not be noticed here except for as the cables are actually being laid, which will mean some physical disruption at a time that’s not yet been set.”

The MCGA says that the new network will ensure HM Coastguard can continue to communicate with ships in UK waters to advise on navigation hazards or receive distress alerts, track shipping through ships' automatic identification systems, and to launch and direct lifeboats , as well as communicating with Coastguard helicopters, fixed wing planes and the emergency tug.

Commercial and programmes director Damien Oliver said: "This is a vitally important investment in Coastguard infrastructure through the construction of a new national radio network, without which Her Majesty's Coastguard simply could not fulfil its role in protecting life on the coast and in our waters into the future.”