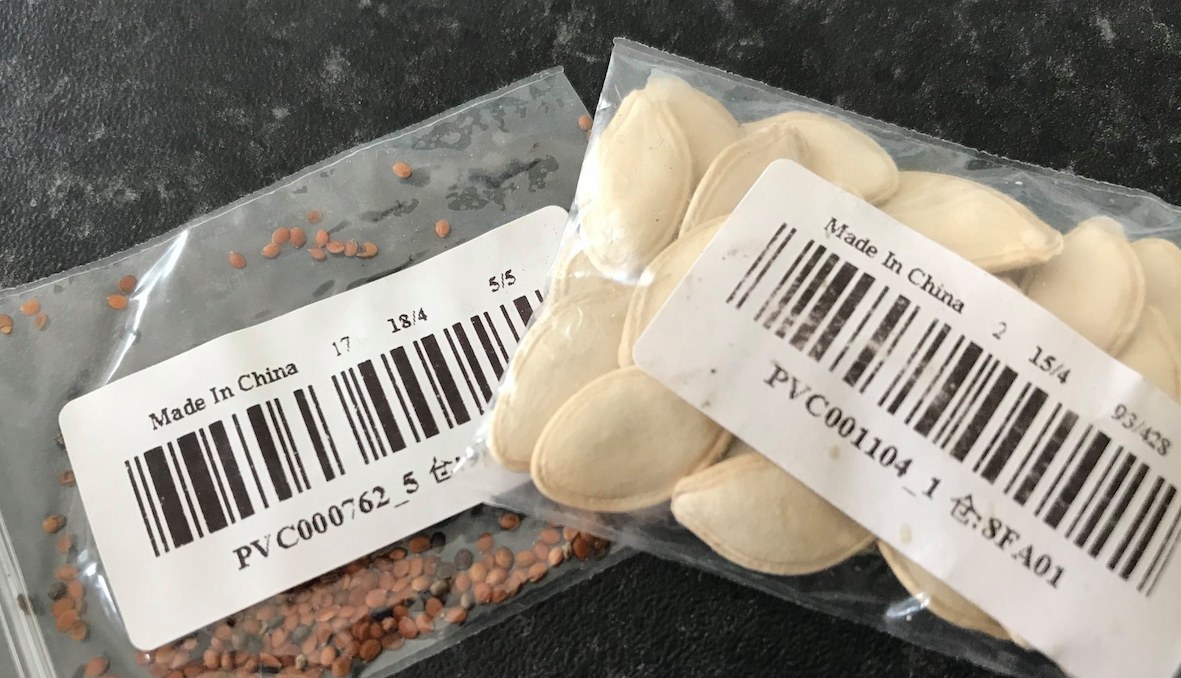 Alert on 'risky' seeds in mail 'from China'

There’s been a stark warning to gardeners in the Western Isles about a postal scam which could carry harmful effects and invasive species of plants into the islands.

The Stornoway-based office of the National Farmers Union (NFU) has passed on the warning from Science and Advice for Scottish Agriculture (SASA), who are warning that unsolicited packets of seed arriving in the post could have harmful effects if handled or planted.

Craig Macleod, the NFU’s representative in Stornoway, said there had as yet been no reports of the seeds – which are posted from China or Singapore – arriving in the islands, but with numerous cases reported from other parts of Scotland it was best to be cautious.

Craig said: “This has been happening since last week, with most packets delivered to addresses in the central belt, and there have also been reports of seed packets arriving in the US and Canada.

“The species tested so far appear to be ordinary household varieties, but there are reports that some which were planted in the US grew exceptionally quickly and were not a recognisable species.”

The SASA issued a statement today (Monday 10 August) in which they urged gardeners not to open the seed packets and not to plant or compost the seeds.

The statement said: “It is possible that these seeds could be a harmful invasive species or harbour a disease, both of which if released could pose a threat to agriculture and the environment.

“Do not handle the seeds. These seeds may have been treated with a chemical pesticide. Please wash your hands if you have handled them without gloves.”

The Scottish Government is aware of the issue and is investigating, together with other devolved administrations, the extent and nature of the problem, while the SASA is carrying out tests on samples of the seeds returned to them.

A statement today (Monday) from the NFU said: “Science and Advice for Scottish Agriculture (SASA) is collecting these unsolicited packets of seeds for analysis. It is asking for your co-operation to send these seeds to SASA.

“If you receive these seeds in the post, email your details and a postal address to This email address is being protected from spambots. You need JavaScript enabled to view it.. You will be sent a pre-paid self-addressed envelope and zip-lock bag.

The picture shows examples of the seed packets which have arrived by post in Scotland.