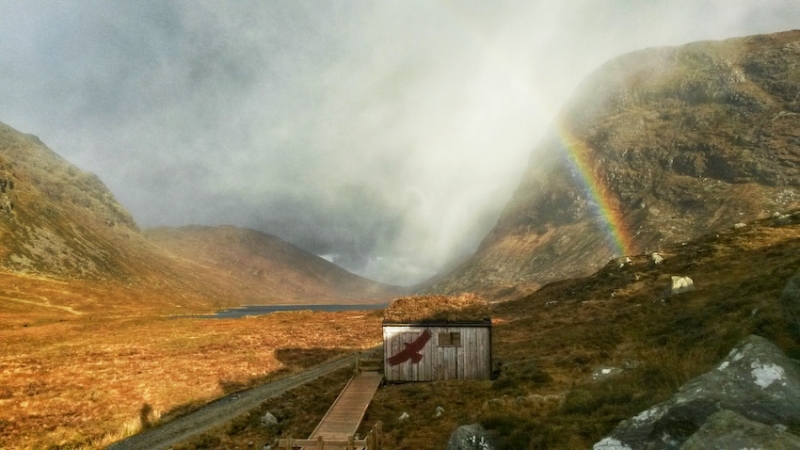 What LEADER did for you…

Two European-backed projects which have been key sets of initials for anyone involved in development throughout the Islands for almost 30 years, are coming to an end with the UK's exit from the European Union.

The Outer Hebrides LEADER and Fisheries Local Action Groups (LAG) manage both programmes, which aims to develop and support community-led local development in the Outer Hebrides.

Stakeholders say xthey continue to lobby the UK and Scottish Governments so support is maintained for rural communities and businesses through community-led local development.

For every £1 of LEADER funding committed in the Outer Hebrides £2.26 of other public or private match funding was leveraged in.  Between 1991-2020, LEADER has invested £11.6m in 782 projects throughout the islands resulting in a programme of activities worth £34.52m to the local economy.

The six films high focus on the different types of support that were provided:

At midday from next week, Monday 24th August until Saturday 29th August one film will be launched daily on the Outer Hebrides LEADER, TrixPixMedia and Comhairle nan Eilean social media pages.

Colin Gilmour, Chair of the Outer Hebrides LEADER Local Action Group, states “This series of films bring to life the value of LEADER and EMFF funding to the communities is the islands.  They show the real benefits of Community-led Local Development and why support should continue, especially in the current economic climate.”

These films portray the benefits that community-led local development provide to beneficiaries and why continued support is necessary, especially following the COVID-19 pandemic.  Beatrix Wood, who owns TrixPixMedia, based in South Uist, produced the films.

TrixPixMedia is a LEADER supported project enabled through croft diversification to expand her media business by building a custom studio for her multimedia business.  She said, "We were delighted to produce this series of 6 films for Outer Hebrides LEADER from our studio on South Uist.  I was so impressed with the range of projects that Outer Hebrides LEADER have funded, the passion and determination of the people and organisations who have driven these projects to fruition, and the rich offerings they have created for local people and visitors to the islands.  Each of the six films shows a different facet of the multi-layered achievements of Outer Hebrides LEADER.  As outlined in the first film, Outer Hebrides LEADER has been dynamic in how it pioneered community-led funding priorities and the scale of match-funding attracted to the projects.  It has also been essential to kick-starting projects that are vital to the future of this fragile region.  The expertise of the Outer Hebrides LEADER team has enabled the successful delivery of the 2014-2020 programme.  A post-Brexit funding programme that supports socio-economic growth on the Outer Hebrides is urgently needed to help overcome the unique challenges of this area.

Outer Hebrides LEADER has been essential to the growth of TrixPixMedia’s base on South Uist.  The studio enables us to undertake production and off-line editing and employ creative talent from across the Western Isles in the delivery of our films.  In the production of these films, this included Editor Peter Walker, drone operator Richard Davies from Lewis and music from students on the excellent Applied Music course on Benbecula run by UHI/Lews Castle College.

The marketing campaign Outer Hebrides LEADER supported has enabled us to engage and build national and international audiences for our films which has led to new commissions."

The Outer Hebrides LEADER Local Action Group is being part-financed by the Scottish Government and the European Community LEADER 2014-2020 Programme.

Picture – North Harris Eagle Observatory, which was LEADER funded and the photo is courtesy of the North Harris Trust