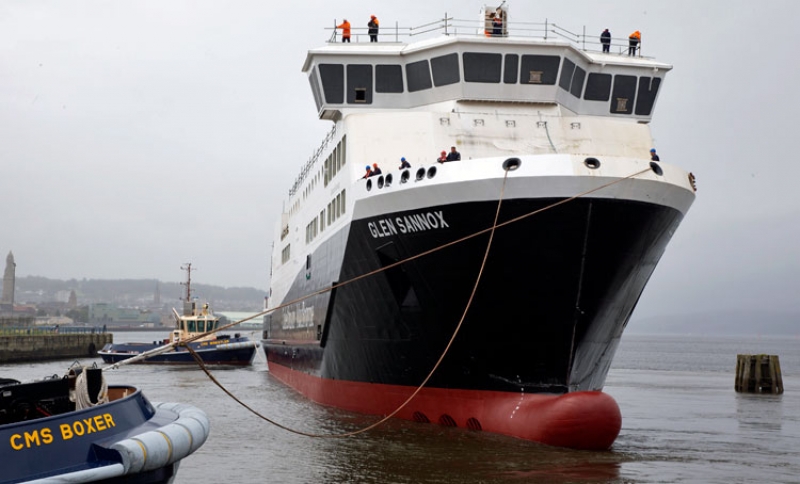 Glen Sannox out of dry dock

A troubled new ferry, the completion of which would pave the way for finishing a new vessel to serve the Uig triangle route, has left dry dock at Greenock after an urgent programme of remedial works.

MV Glen Sannox was back in the water yesterday (Wednesday 9 September) after less than a month in dry dock at Dales Marine Services Greenock. They undertook remedial works which included replacing the bulbous bow, repairing paintwork and removing algae and seaweed from the hull.

The ship will now head back to Ferguson Marine at Port Glasgow so that construction and fit-out can progress on the first of two dual-fuel Caledonian MacBrayne ferries.

Glen Sannox’s sister vessel, still known as Hull 802, is intended to serve the route between Tarbert, Uig and Lochmaddy and is also under construction at Ferguson Marine (Port Glasgow) Ltd.

But Ferguson’s former chairman Jim McColl has reportedly said it would be better to scrap her than to follow the Scottish Government’s rescue plan.

Ferguson went into administration in August 2019 and was subsequently taken into public ownership in the hope of completing the contracts to keep CalMac’s renewal programme alive.

He said: “Some work has been carried out on MV Glen Sannox at the shipyard, but the dry dock period is important because it will bring the vessel up to a condition that will allow us to move forward in earnest with the vessel completion plan.” 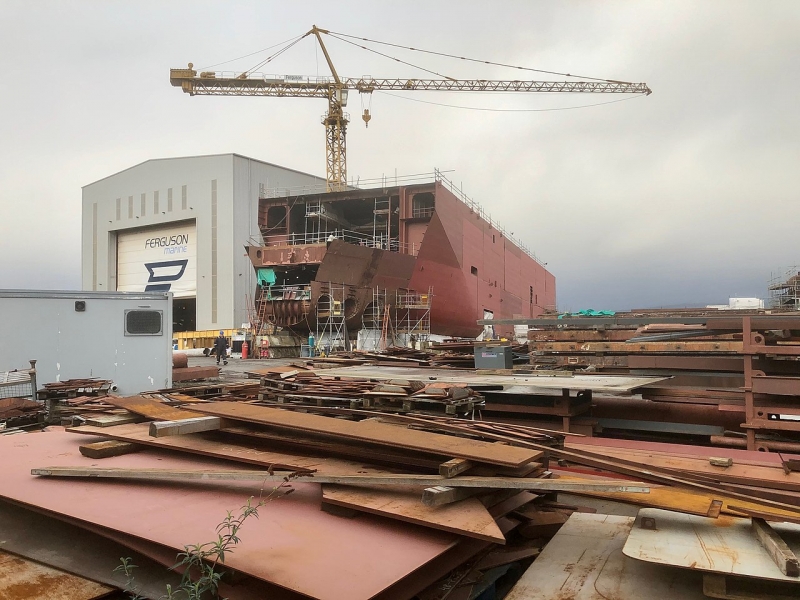 Ferry owner CMAL were accused of creating some of the problems that dogged Ferguson’s contract by requesting ‘hundreds’ of design changes. Their last statement on the contract came in January, when CMAL’s chief executive Kevin Hobbs said: “All CMAL want to do is deliver two lifeline vessels to island communities.

“The delivery dates promised by the shipyard were May and July 2018, and the delay has put additional strain on the fleet being operated by CalMac. It also means the benefits of having new and more resilient ferries for the island communities has not been delivered according to plan, affecting those communities in an adverse way.”

The new delivery date now being proposed for the Uig triangle ferry is between December 2022 and February 2023.