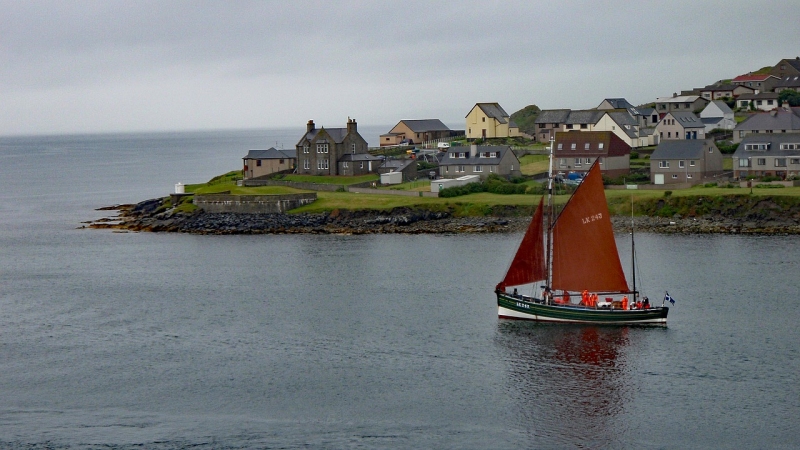 Why Shetland made 'self-rule' move

The aim of the vote on Wednesday September 9 was not to get more powers for the Shetland Islands Council but "to explore replacing the council with a new system of government which controls a fairer share of our revenue streams and has a much greater influence over our own affairs”.

That's the view of Shetland councillor Duncan Anderson following the decisive vote as councillors sought to explore the options for achieving political and financial self-determination.

Members voted 18-2 in favour of a motion that has been proposed by nine councillors, including leader Steven Coutts and convener Malcolm Bell.

The Shetland News website says the vote stemmed from growing frustration over the ever-growing trend towards centralised decision-making and reduced Government funding for essential services.

The council will now seek discussions with the UK and Scottish governments.

The motion is not the first bid for more powers for the isles, with the Shetland Movement gaining popularity in the 1980s and 1990s before losing steam.  Self-governing Faroe has often been used as an example of how things could be run.

In 2015 a pro-autonomy group Wir Shetland was formed but it remains inactive. Councillor Anderson, who was a member of Wir Shetland, was a driving force behind the council’s motion.

“I was proud to second the motion in the council chamber which will embark the council on a process of seeking more financial and political powers for these islands,” he told Shetland News after the vote.

“Many in Shetland currently feel powerless. As an elected representative, I often feel frustrated by the erosion of powers, ring-fenced funding and lack of resources we face.

“Local authorities endure much of the public's blame but are often a victim of external decision-making or legislation.

“Give Shetlanders the powers, resources and responsibility to manage our own affairs, as many other island groups do successfully.

“I have no doubt in our ability to effectively govern ourselves, we just need the opportunity and the will. I am delighted 17 of my colleagues were willing to support the motion. I believe this can be the first small step towards a brighter future.”

The SNP’s sole councillor Robbie McGregor supported the motion, but called for all options to be explored.  Only two councillors, Stephen Leask and Ian Scott, spoke out against it.

There is a sense locally that initiatives like Our Islands Our Future – set up in the aftermath of the Scottish independence referendum in 2014 to give more powers to Shetland, Orkney and the Western Isles – have not lived up to their billing.

Leader Steven Coutts said things were at a “crossroads”, with councillors no longer content with just sitting back.