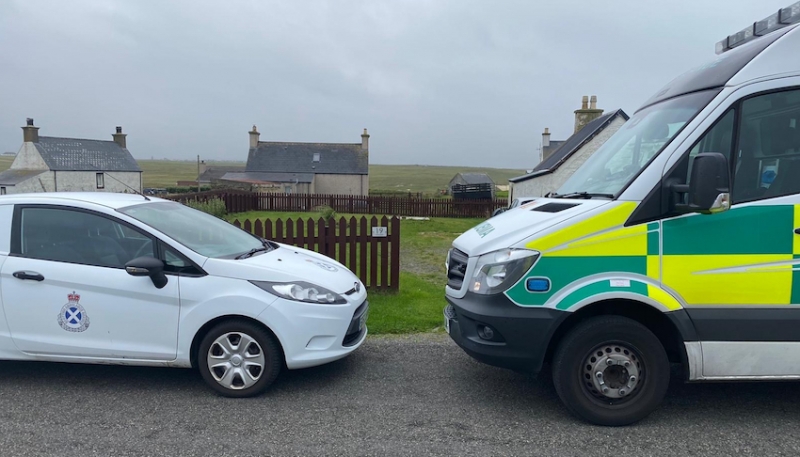 A scheme to provide free, standardised house numbers to homes across the whole Galson Estate is set to make its first impact in the next few weeks.

Lisa said: “We’ve been working alongside organisations on issues connected with well-being and keeping people independent at home for a long time, and it’s come up regularly with emergency services that house numbers are a significant issue

“Finding addresses can be quite a problem in rural Lewis, where homes aren’t numbered consecutively and sometimes only the resident of a house knows what number it is.

“It makes it hard for care services, emergency workers and even where shopping deliveries are concerned. We have been running a prescription delivery service during lockdown and we ourselves have noticed the problem.

“When the pandemic broke we felt there was an opportunity to do something meaningful that would leave a legacy, with funds available and a good pool of volunteers who have stepped forward to help out with community initiatives.”

The free house numbers being offered will be on a standard-sized, slate background with reflective, high-contrast numbers. The first order for 200 house-numbers is being placed with Graphite Signs in Stornoway this week.

It’s expected that a team will be out and about fixing the numbers to houses in a few weeks’ time, with volunteers supported by UOG staff as they carry out the work.

Lisa said: “Once the first numbers are up we have volunteers in every village who will be identifying places where the residents haven’t got in touch, so that can have as many houses as possible numbered.”

The initiative has been warmly welcomed by Ness and Shader First Responders, who are themselves hoping to be back in action soon after receiving additional training on first response during the pandemic.

In normal times, these volunteer teams would be called out by Scottish Ambulance to help a sick or injured person before emergency services can reach remote addresses. That means they have first-hand experience of trying to find a specific house, sometimes at night or in poor weather conditions.

Ness First Responders co-ordinator Duncan Morrison said: “This is a really good initiative and we’re fully behind it. I was helping to deliver medication to homes in the Galson area during lockdown and that made me very aware of the difficulty of finding addresses.

“When first responders are called they could be going to someone who has had a stroke or cardiac arrest, and the longer you spend trying to find an address the longer that person is not getting the care and treatment they need, when every second counts.

“We could be going to an address we don’t know in the dark or in poor weather conditions. Once we’ve found the house it’s an additional help to the ambulance following after us, since they can see our vehicle and it takes them straight to the patient.

“Even having the same format of numbers for every house is going to make a difference. I have a nice Spanish-style tile number outside my house and I recently had a delivery driver who went right past it, just didn’t see it. So I have an order in for a number myself now.”

Free house numbers can be ordered by anyone who lives on the Galson Estate using the printed order form in Fios or online at https://www.galsontrust.com/housenumberingscheme. Applications for the numbers are open until Wednesday 30 September.