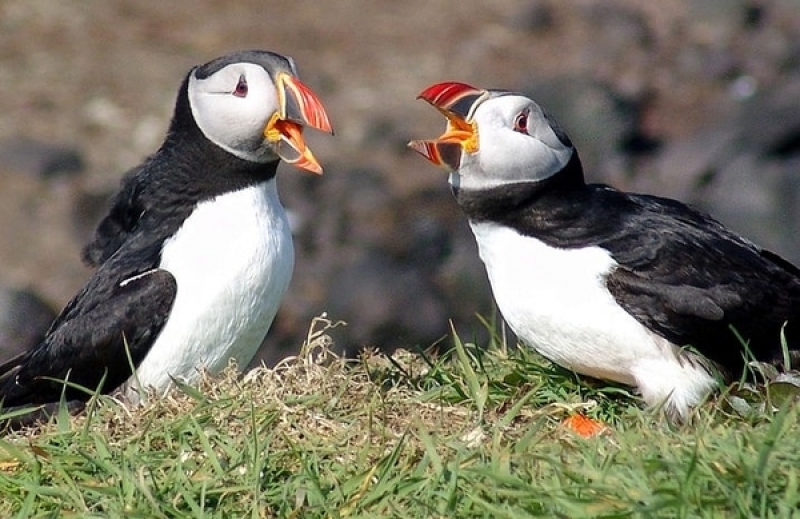 Puffins still there, we can reveal!

There are only 570 puffins left in the wild in Scotland; that was the astonishing message of a conservation campaign launched by Macdonald Hotels and the Mediacom.com branding agency on Wednesday September 23.

This widespread media release – which would startle any visitor to the Shiant Isles – sent welovestornoway.com off into a full-scale fact-checking exercise – very much a feature of modern media work.

And the good news is that the figure is completely wrong. The Shiant Isles alone have 100 times more puffins at home there than the campaign figure claims exists in total in Scotland.

The claim was part of ‘Scotland’s Pixelated Populations’, a campaign which focuses on endangered animals in Scotland, editing images of them to show as many pixels as there are animals left in the wild. The campaign is backed by Macdonald Hotels, founded by Donald Macdonald from Harris.

The media release states: “There are 570 Puffins left in the Scottish wild, with their rainbow coloured bills, puffins are an iconic animal among the cliffs and islands around Scotland’s coastline, with large colonies around Galway and St. Kilda. Unfortunately, the Puffin population has dropped from around 33,000 to just 570 in the last 20 years.”

Much more unfortunately, the release had mixed up the figures for Shetland on its own with those of Scotland in total.  And it also confused Galway in Ireland with Galloway in Scotland.

The original claim appears in the Herald report of the campaign - https://www.heraldscotland.com/news/18743035.picture-campaign-highlights-endangered-species-scotland/

The Macdonald Hotels website (https://www.macdonaldhotels.co.uk/news-events/scotlands-pixelated-populations) now has a display slightly modified since welovestornoway.com contacted their PR agency on Friday.  The Pixelated Image reflects only 570 surviving puffins while the text now says there are 43,956 puffins at present – and also the reference to 33,000 as the total for 20 years ago.  Confusing or what?

The origin of the figure of 570 is a total quoted for Shetland alone in 2017. While numbers in Shetland had crashed, they are thought to have recovered slightly since then. The total figure for Scotland should include not only those in the Shiants but colonies on St Kilda, Bass Rock, St. Abbs Head, Duncansby Head, Faraid Head, and Lunga.

In the Shiants, a successful campaign was run by the Royal Society for the Protection of Birds (RSPB) to protect puffins and other birds by eliminating invasive black rats. The Shiants has 10% of the entire UK puffin population according to the RSPB. Conservationists reported 64,695 occupied puffin burrows (about 129,000 individuals) in the Shiants in 2015 and a ‘significant increase’ in puffin breeding success after their campaign concluded in 2018. 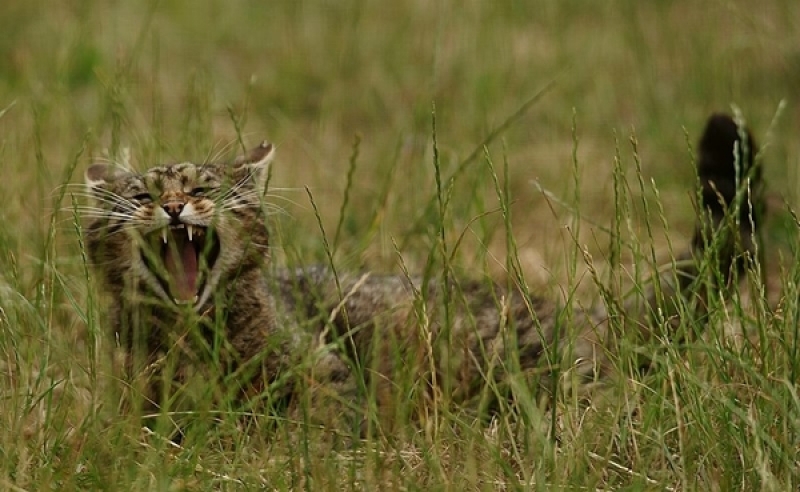 Another iconic Scottish creature under threat according to ‘Scotland’s Pixelated Populations’ is the Scottish Wildcat – which is certainly true. But the campaign figure of only 35 surviving is not supported by Scottish Wildcat Action – which is campaigning to save the wildcat – mostly under threat from interbreeding with feral domestic cats. They say: “In the wild, latest research suggests there are between 100-300 Scottish wildcats left” but more research is under way (http://www.scottishwildcataction.org/about-wildcats) 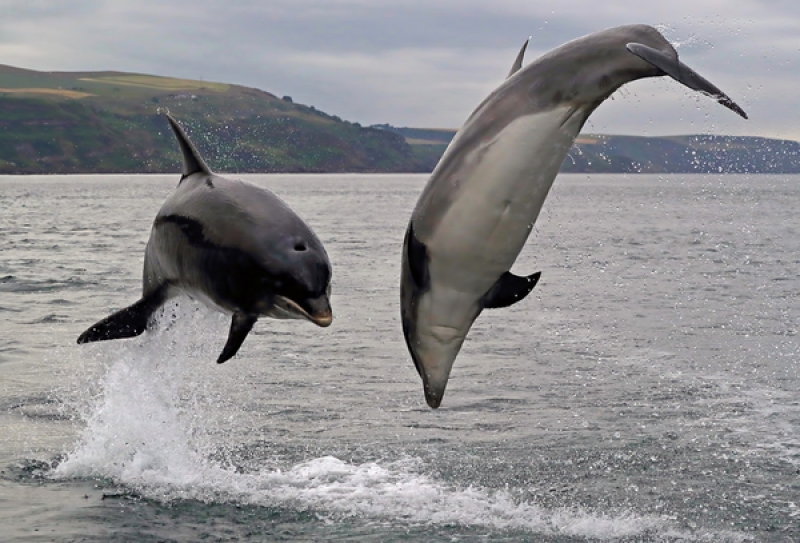 The figure quoted by ‘Scotland’s Pixelated Populations’ for bottlenose dolphins remaining in Scotland was 200 individuals – actually the number reported by the Whale and Dolphin Conservation Society for Moray Firth alone, an area which supports the North Sea’s only known resident population of bottlenose dolphins. They range throughout the Moray Firth and down the east coast, at least as far as the Firth of Forth. The Hebridean Whale and Dolphin Trust reports an additional pod of 30-40, seen in Tobermory Bay in summer 2020, and thought to be resident in the Inner Hebrides. They have evidence of another pod of 15 in the Sound of Barra. While under threat from human activities like fishing and underwater sonic pollution, the bottlenose dolphin is not regarded as endangered. 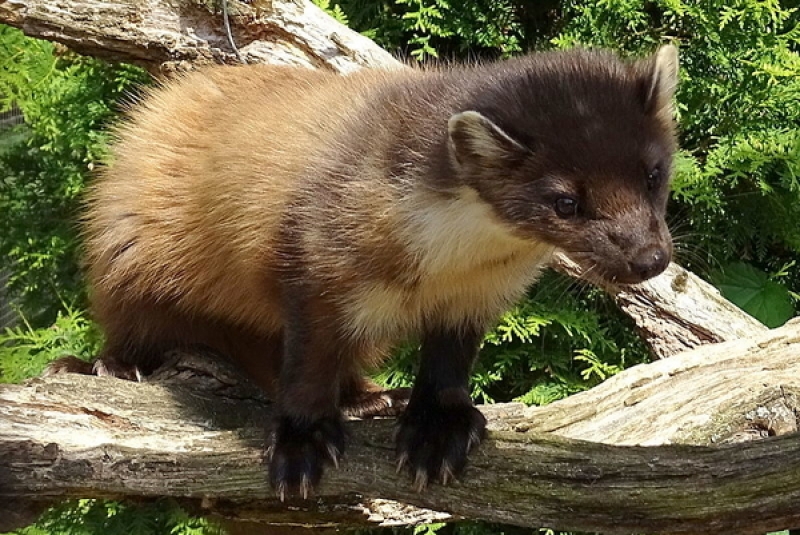 Pine Martens are another species under threat according to ‘Scotland’s Pixelated Populations’ with only 3,500 remaining.  Pine martens are one of the rarest mammals in Britain, but the Peoples Trust for Endangered Species says they are making a comeback in Scotland, while still perilously close to extinction in England and Wales. The trust says: “Once widespread throughout Britain, persecution and deforestation caused pine marten populations to decline dramatically. By 1915, they had disappeared from everywhere but north-west Scotland with smaller, scattered populations in the uplands of Wales and northern England.

“Today, pine martens are doing well in Scotland. In England and Wales, however, it seems that numbers dwindled to a point where recovery was unlikely without a helping hand.” And a project is under way in North Wales and in the Forest of Dean to reintroduce pine martens by taking them from Scotland.

The other two creatures mentioned in ‘Scotland’s Pixelated Populations’ are the Capercaillie with 1,114 surviving and the Golden Eagles with 440 pairs. 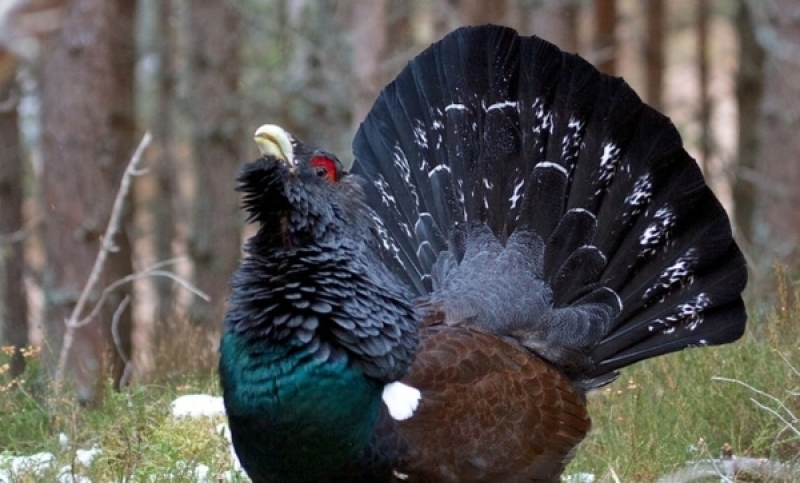 The Capercaillie – basically a big grouse – has been extinct in Scotland once already - in the mid-18th century. The main cause for the extinction was thought to have been the loss of its woodland habitat. Birds from Sweden were reintroduced into Perthshire in 1837 and by the 1970s numbers of capercaillie had grown to about 20,000. According to figures from Scottish Natural Heritage, there were 1,114 birds surviving in 2017. It is at very real risk of extinction…again. 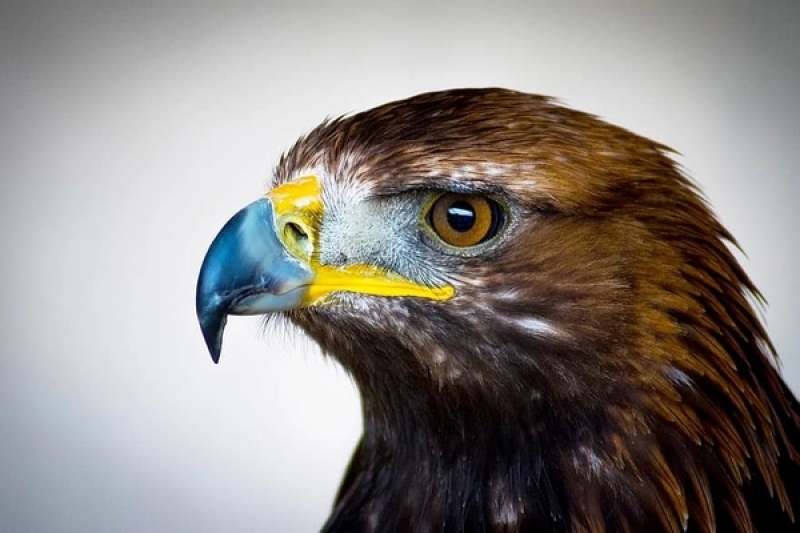 The figure given by ‘Scotland’s Pixelated Populations’ for Golden Eagles actually refers to whole of the UK.  According to the Scottish Wildlife Trust: “In the UK, Golden Eagles are found on large expanses of open moor and hill in the Scottish Highlands and the Hebrides, with a very small number in southern Scotland, and a few also in Cumbria.  The most recent national UK survey in 2003 recorded 442 pairs. Although this represents an overall stable population size, there have been increases in the Western Isles and in parts of Caithness and Sutherland but declines in the central and eastern Highlands.”

So you could say that pixelation creates a very blurry image of reality!