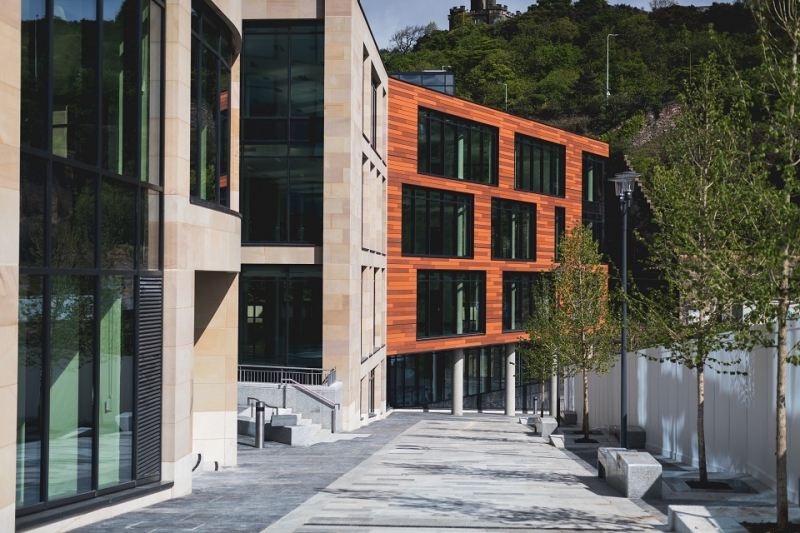 Mr Cameron said: “The new Scottish hub will help businesses in my region, which produce many world-beating products and services, to even greater success overseas.

“I urge all local companies with an interest in securing overseas orders to get in touch and explore the range of support on offer.”

UK Minister for Exports, Graham Stuart MP said:  “One of the UK Government’s key priorities is to champion all four parts of the UK and demonstrate how beneficial a strong Union is for all. This specialist Hub for Scotland will provide businesses with the support and guidance needed to boost their profits and harness their full potential.

UK Government Minister for Scotland David Duguid said: “This new UK Government Trade Hub in Edinburgh is fantastic news for Scottish businesses. It will help them make the very most of the global trade opportunities once the EU transition period ends.

In another first, UKEF has appointed a specialist to focus on renewable exports and to support energy transition in Scotland, further demonstrating the continued commitment to supporting energy companies across Scotland and helping them succeed abroad.

In Queen Elizabeth House, DIT will be joining the Office of the Secretary of State for Scotland, Office of the Advocate General, HMRC, HM Treasury, Cabinet Office, the Office for Statistics Regulation, the Information Commissioner’s Office, and the Government Actuary’s Department. Additional UK Government departments are expected to confirm occupancy in the coming months.

Work is also underway to set up a flagship UK Government building in Glasgow. The Edinburgh and Glasgow buildings are part of what the UK Government describes as a new commitment to Scotland.

And Highlands and Islands MSP Donald Cameron has welcomed the Prime Minister’s commitment to seeking a resolution to US tariffs on Scotch whisky.

Boris Johnson made the commitment at Prime Minister’s Questions while answering a question put by Scottish Conservative MP David Mundell.

Mr Cameron said: “I welcome the robust line that the Prime Minister is taking. Whisky distilleries here in my region stand to benefit very significantly from a growth in exports that will generate more jobs and more investment.”