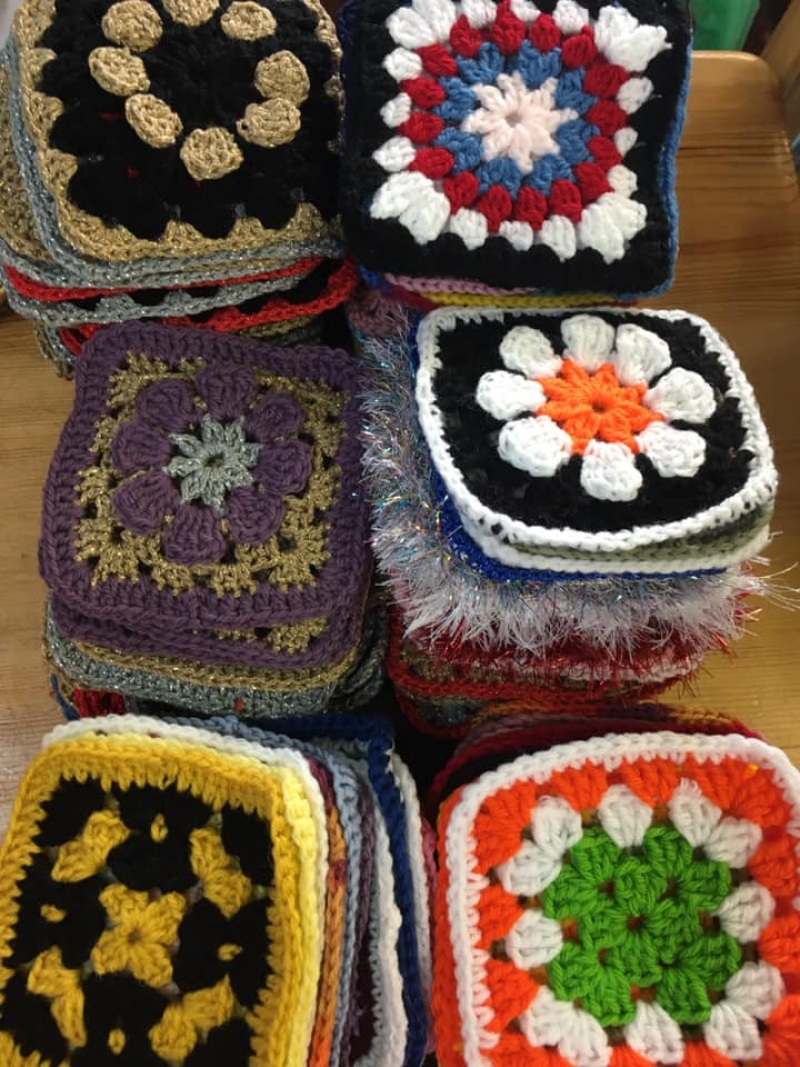 Barra’s Christmas celebrations are set to be twice as colourful this year, as the Barra bunting project’s second Christmas tree nears completion.

That’s because a dedicated worldwide band of creative volunteers plan to set a second Christmas tree next to 2019’s creation – and both will be entirely made of yarn squares.

The colourful conical work of art that was 2019’s tree was shortlisted for a voluntary arts ‘Epic Award’ soon to be announced. 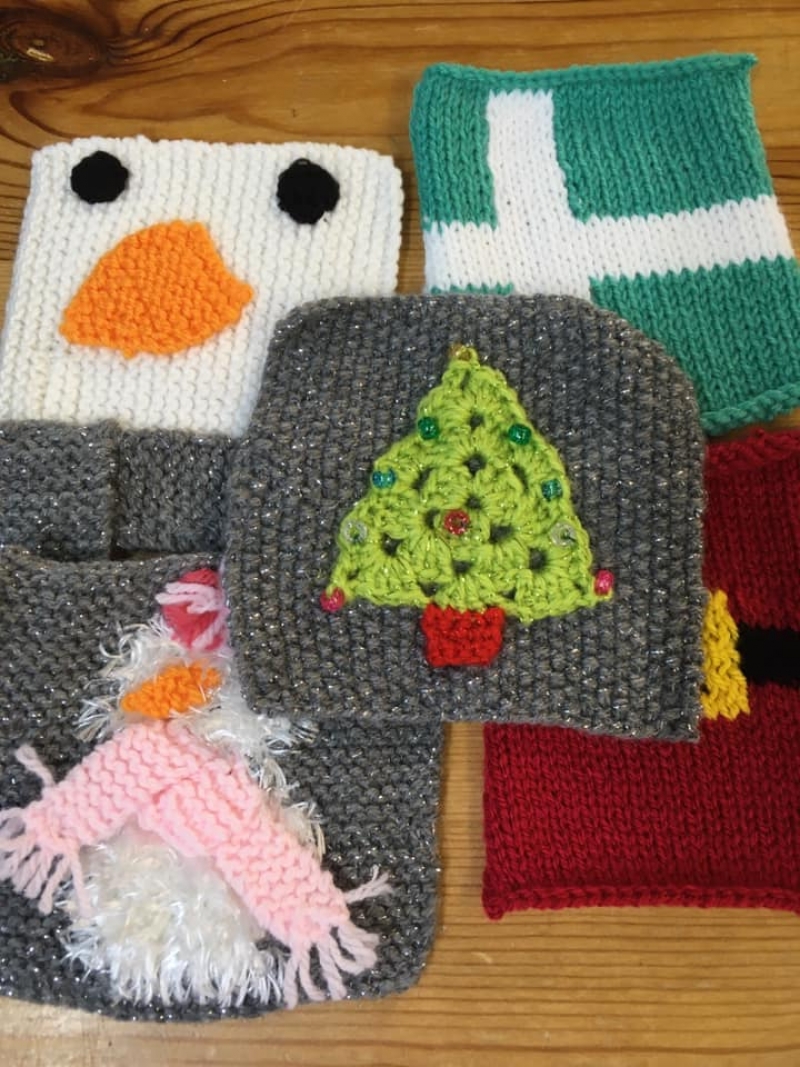 They said: “Beairteas Bharraigh (the Wealth of Barra) was keen to get young people interested in knitting and crochet, so planned a secret yarnbomb and, having seen a photograph of a crocheted Christmas tree in Italy, thought it would be the perfect project.

“In early 2019, they encouraged residents, visitors and people all over the world to crochet squares to cover the tree that would become the focal point of Castlebay’s festive decorations.”

Now the second version of the tree is well under way, and Western Isles Lottery announced on Wednesday (30 September) that they would support the project once again this year.

Barra bunting project’s colourful tree is a worldwide effort, with supporters near and far contributing their crochet time and materials to get the bright focal point completed.

Ann Shanks from Grangemouth spent lockdown producing 120 crocheted squares and Kath Artiles Shannon sent her square from Cullera in Valencia, Spain. Other contributions have come from New Jersey, USA, Falkirk, Lanarkshire and Burghead, while Isabell and Heidi Gruber sent a boxful of squares from Germany.

For this year’s 2.5 metre highl tree, the project needs 436 squares in total. A call went out on Wednesday (30 September) for extra help, with 100 squares to go.

A spokesperson for the project said: “How can you help? Knit or crochet a square (or more) 12cm x 12cm to help us reach our target. On Barra and Vatersay, we are looking for people who would be able to sew some squares together in strips of 10. Sewing needle and yarn supplied – just message if interested.”

You can find out more about the Barra bunting Christmas tree project and how to participate at https://www.facebook.com/barrabunting 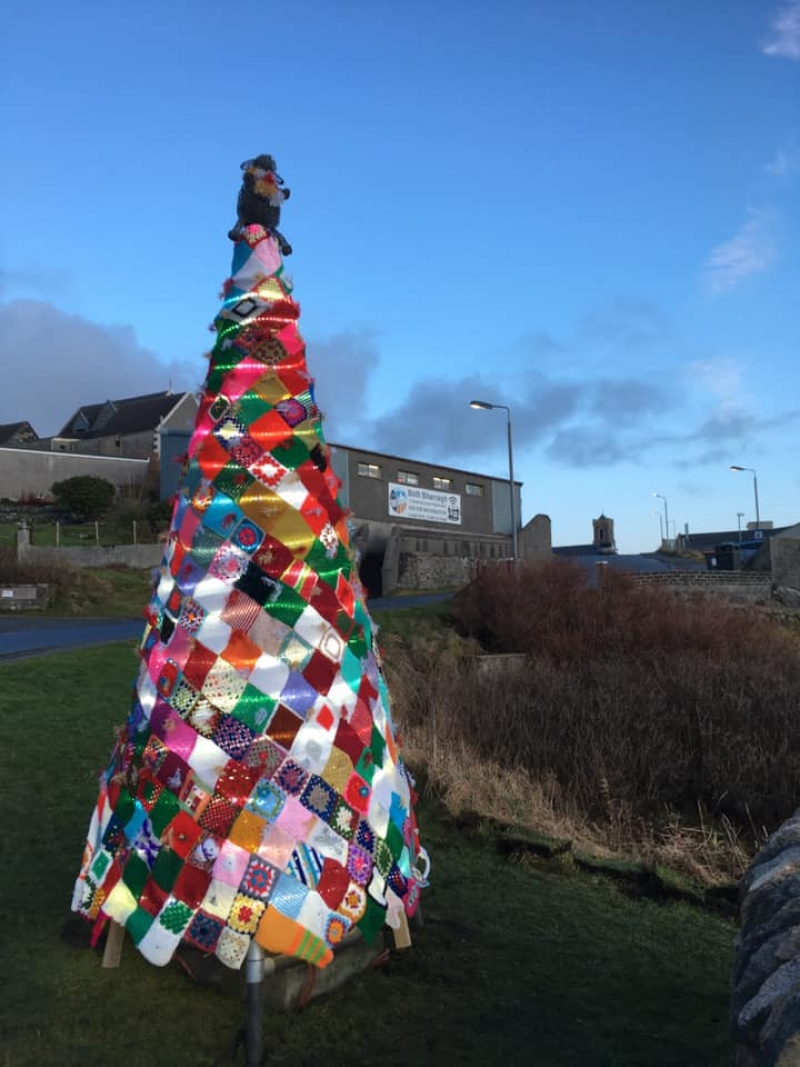