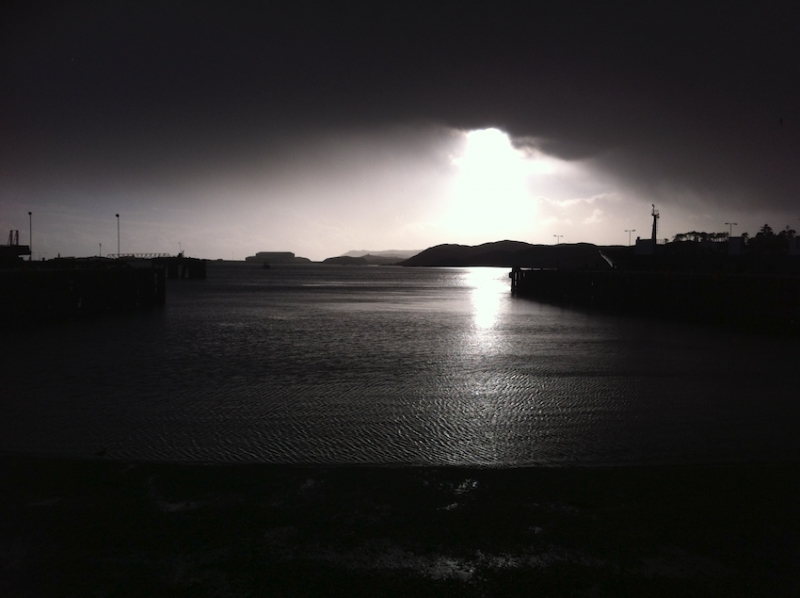 And the Council is also worried that equipment at the yard is being neglected.

A meeting took place yesterday to discuss the future of Arnish, involving Scottish Government, members of parliament and representatives from Fife and the Western Isles.

The Comhairle says it has requested a follow up meeting with  the Scottish Government and HIE and will look to try and free up the Arnish site for new operators.

Leader of CnES, Councillor Roddie Mackay, said: “There has been interest from new operators and it seems that the Barnes/BiFab era is coming to an end.

"There are also significant concerns over a lack of maintenance of the excellent equipment at Arnish.

"Following these concerns we feel it is important to separate the asset from its operator as soon as possible and to look at new operators who will ideally look to tie in with ambitious plans for on and offshore wind around these islands.”

Earlier Highlands and Islands Labour MSP Rhoda Grant said she was seeking assurances that the Arnish yard on Lewis will be open to any user who can bring work to it, rather than “sterilised” through its current lease.

Ms Grant has tabled a series of Parliamentary questions about the terms of the current lease by Highlands and Islands Enterprise to BiFab, the Canadian-owned company which has failed to secure work from multi-billion £ windfarm projects off the Scottish coast.

The Labour MSP has asked the Scottish Government “to ensure that any potential user capable of bringing work to the Arnish fabrication yard will have access to it”. She has also asked Business Secretary, Fiona Hyslop, what plans there are for a marketing campaign to promote Arnish’s potential.

There has been longstanding criticism of the fact that BiFab were given control of Arnish as part of a Scottish Government deal with Canadian firm DF Barnes which gave them funding support to take over the BiFab yards at Methil and Burntisland in Fife.

Ms Grant said: “It is pretty clear that there is no prospect of BiFab bringing work to Arnish but the yard continues to be sterilised by the continuing leasing arrangement between the company and HIE.

“We need to know the terms of that lease and how quickly Arnish can escape from it. I believe that there are other potential users who cannot be excluded in these circumstances”

Her support was welcomed by the Action for Arnish campaign set up on Lewis to fight for the yard’s future. Campaign spokesman Iain MacLeod said: “These are essential questions to ask and answers are long overdue.

“The Scottish Government’s  BiFab deal has been a disaster for Arnish. They are continuing to remove the last remnants of their presence at the yard and it is long past time for a line to be drawn under whatever arrangement exists between HIE and BiFab”.