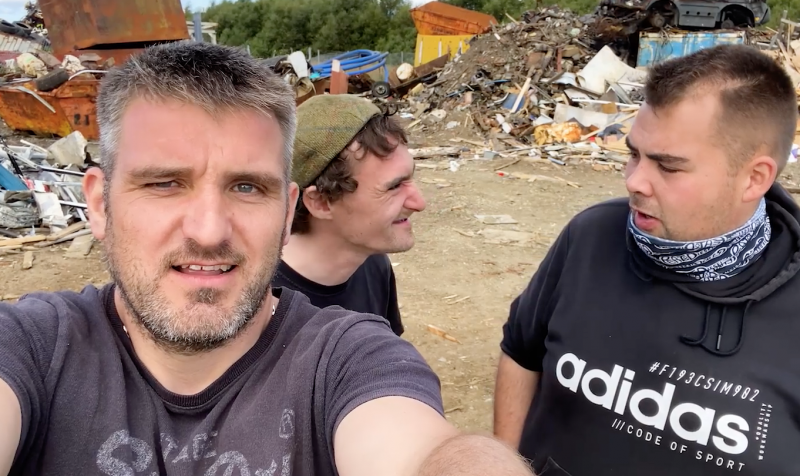 In a year of disappointments, Lewis band Peat & Diesel have this morning (Monday 2 November) been handed a series of boosts, with a fundraising success and two nominations in the annual Scots Trad Music Awards.

Last year P&D were winners of the best live band of the year award in Na Trads, which celebrate all that is best in indigenous Scottish music.

After a year when concerts, gigs and festivals have been cancelled across the board, it was not even a certainty that the highly-anticipated awards would go ahead.

But Margaret Cameron, commissioning editor and head of creative collaborations at MG Alba said today (Monday 2 November): “We’re delighted that Na Trads will be on air this year, albeit in a changed format.  It was important to BBC ALBA to keep faith with the event and to find a safe, innovative and engaging way to reflect on the incredible fortitude and creativity of the sector, both behind and in front of the camera.”

Among the nominees, Peat & Diesel feature twice – once with their 2020 album Light my Byre, which is on the shortlist for album of the year, and again for a distinctly tongue-in-cheek video, produced to go with the song Calum Dan’s Transit Van as only P&D can. That’s been nominated for traditional video of the year – you can view it at https://www.facebook.com/PEATANDDIESEL/videos/2680418628848859/

Today’s news follows another success on Saturday for band members Boydie, Uilly and Innes as they completed their ‘sober October’ and raised almost double their target £1,000 for Macmillan Cancer Support.

The band’s final sum raised after a month off the deoch was £1,780, with the donations page still open at https://www.gosober.org.uk/teams/peat-diesel

In the Trad Awards, another island nomination has been secured by Back’s Josie Duncan as music tutor of the year, while Comhairle nan Eilean Siar’s popular Covid Ceilidhs are shortlisted in the category community music project of the year.

Voting in all categories is open online at https://www.surveymonkey.co.uk/r/tradawards2020 until midnight on Sunday 15 November. Na Trads 2020 will be broadcast on BBC ALBA on 12th December 2020 at 9pm where the award winners will be announced along with specially recorded music performances.