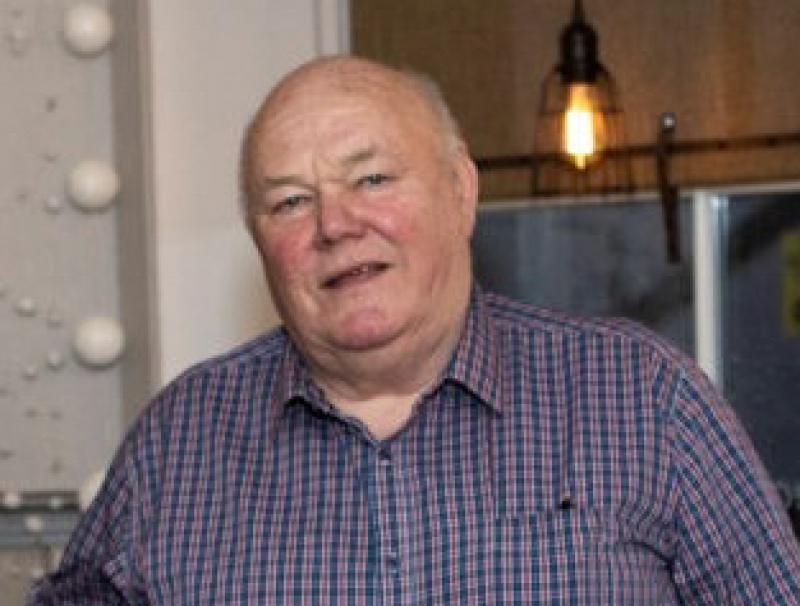 Tributes have flowed throughout the weekend for Point singer Iain Mackay, who passed away on Thursday (19 November) at the age of 78.

Neighbours and friends stood outside their homes to honour him on Saturday, as his funeral cortège passed through the village of Upper Bayble, his home and a community in which he was well-loved.

As the news of his passing spread on Friday, he was described as ‘a giant in the Gaelic world,’ ‘one of the finest Gaelic singers of all time’ and ‘an icon in the world of Gaelic music’ by fellow musicians.

Iain taught traditional Gaelic singing at some of the popular Fèisean throughout Scotland, including Ceòlas and Feis Bharraigh.

He originally recorded with Gaelfonn, owned by the late Murdo Ferguson, who was also from Point. The LP Voice of the Hebrides was produced with Lismore Recordings by David Silver and his CDs, Seòladh and Creag an Fhraoich were produced by Macmeanmna.

When the album Seòladh was released, BBC Scotland’s former head of Gaelic, Fred MacAulay, said: "Over the years the island of Lewis has been the cradle for many fine traditional singers who have gone on to gain recognition and renown in the wider world of folksong and entertainment generally.

“Iain MacKay could easily have been one of their number, but luckily for the Highlands, he chose to remain on his home island. He is a popular singer throughout the Highlands and Islands and beyond and is heard and seen regularly on radio and television.

“He won the Gold Medal for traditional singing at the National Mod in Inverness in 1972 and was the winner of the Seann Nòs at the Pan-Celtic Festival in Killarney a few years later.”

In a tweet on Friday (20 November) a spokesperson for Macmeanmna said: “We were saddened to hear of the death of Iain MacKay, the wonderful Gaelic singer from Lewis whose singing was enjoyed hugely by audiences everywhere.

“Unassuming and natural, he would sing at the drop of a hat and had a fantastic rich, powerful voice.”

And in a tribute published online on Friday a spokesperson for An Comunn Gaidhealach said: “We were saddened to learn of the death of a dear friend yesterday, Iain Mackay, who passed away at the age of 78. Iain was one of the greatest and most renowned Gaelic singers of all time. He brought great joy to us all over the years with his wonderful singing voice.”

Iain leaves his wife, Doileag, family and a wide circle of friends and admirers in mourning.