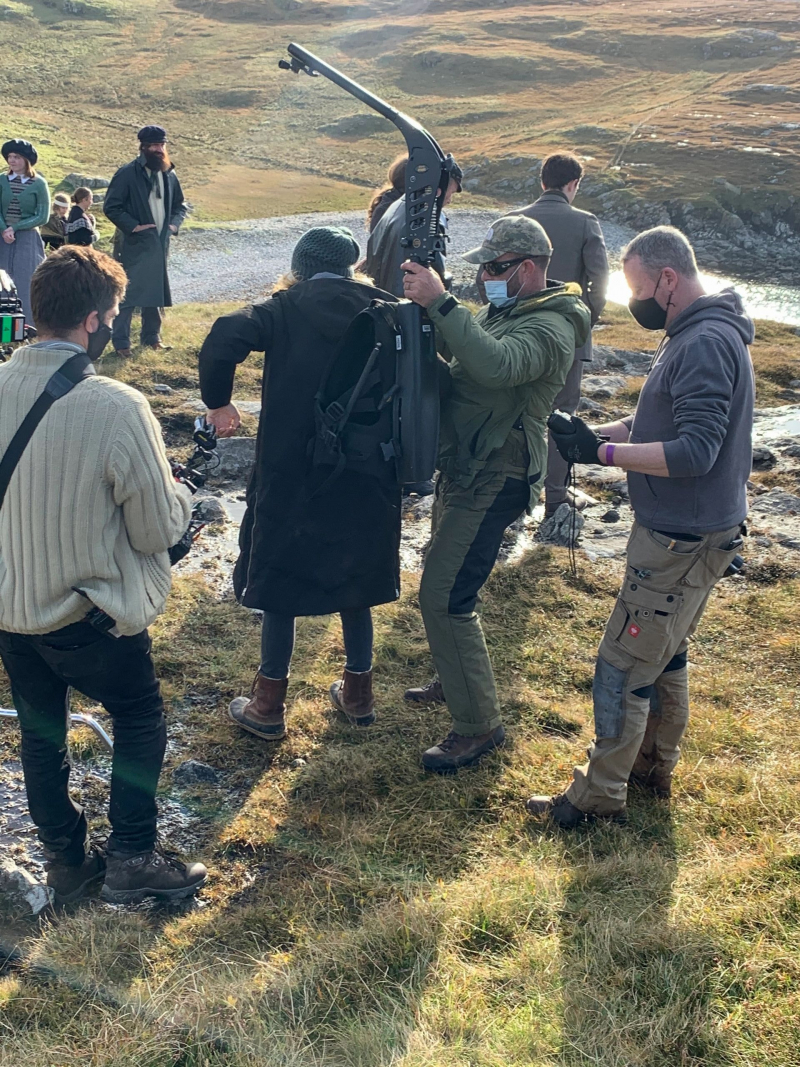 Post-production work is beginning this week (Monday 30 November) on a new film set in the Isle of Lewis, after a successful and socially-distanced three weeks of filming on the West Side of the island.

The Road Dance has been adapted by writer and director Richie Adams from a 2002 novel written by STV news presenter John MacKay, who has family in Lewis and spent his childhood summers in the district of Carloway.

Working with Chicago-based Sheridan Road Productions (SRP), Richie has turned an island story into a full-scale feature film – despite the challenges of completing any kind of film production work during the exceptional circumstances of 2020.

Co-producer Maryilene Blondell of SRP said: “During normal times, many would be reluctant to take on a modestly-funded, independent feature film, filmed on a remote Scottish island.

“The fact that principal photography is complete is really quite extraordinary when you add in the complex layers that it’s also a period-piece, filmed as Scotland enters winter, in the midst of global pandemic.”

But filming, which took place for the most part on the West Side, with scenes filmed at Gearannan Blackhouse Village and other locations around Carloway, finished on time on 21 November and post-production is beginning this week. 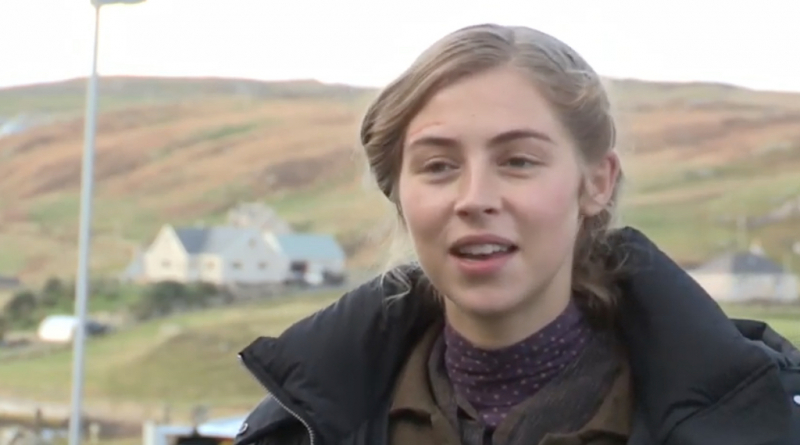 The film’s story centres on a young girl in a small village in the years just before the First World War, whose life changes dramatically when a terrible tragedy befalls her.

There was even a part for John Mackay himself, who played ‘crofter number three’ at the road dance which gives the film its name.

Co-producer Jim Kreutzer said: “This is a great story and a great opportunity for Sheridan Road Productions. We are quite pleased to be done with principal photography, given the various obstacles we faced, and are eager to move forward to post-production.”

Pictures show filming this month in Lewis and Hermione Corfield, who plays the main character in the film (SRP and STV). 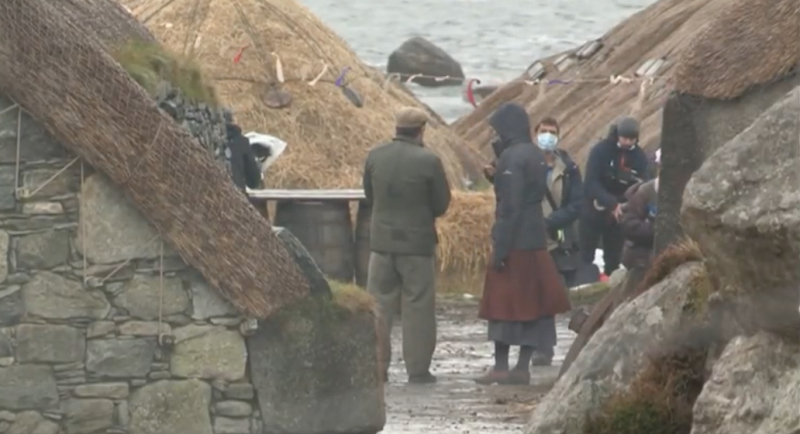