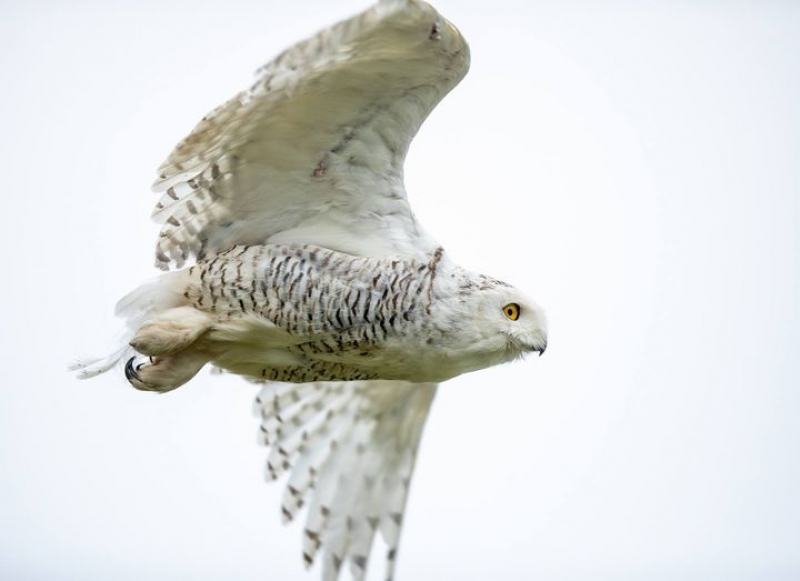 Bird-spotters in the Western Isles should be on the alert for the appearance of a rare snowy owl, which could be on the move around the islands.

The call’s gone out after an amateur birdwatcher spotted what they thought to be a snowy owl around the Tiumpanhead area in the first days of the New Year.

The County Bird Recorder for the Western Isles, Yvonne Benting said: “There is a possibility of the bird being a snowy owl, although a barn owl has been reported twice from the same area – also a rare bird in the Outer Hebrides.

“I am hoping that at some stage someone will be able to take a photograph to send me to clear this mystery up!”

The last confirmed sighting of a snowy oil on the main islands of the Western Isles was in North Uist, with the same bird regularly sighted over the last two years in St Kilda, making hunting forays to Sollas in North Uist.

But the last sighting of that female bird was in St Kilda on 11 December 2020, and it’s possible the same bird may be on the move.

Yvonne said: “There have been no other sightings, rumoured or otherwise, throughout the year, but the islands are very under-watched. The only known bird on St. Kilda has not been reported since early December, probably because no-one is looking for it.

“It will range widely at this time of year and, being the Hebrides, it is always worth looking out for this and many other rarities. You never know what will turn up here, from the east or west.”

The snowy owl’s normal territory is in Arctic areas, where it nests on tundra and feeds on small mammals including lemmings, but it also ranges widely and occasionally strays south, sometimes in large numbers.

Yvonne said: “Birds that occur in the islands are normally the result of juvenile dispersal, forced migration from the north or east due to lack of food, bad weather or, rarely, vagrancy from the west.

“It is not thought that they are extending their range as this would be a movement south to warmer climes. They did breed in Shetland briefly some years back and it was hoped for here too, when three were seen together in 1973 at Barvas and a pair stayed for a year, but they never have – yet!”

Anyone who does spot a snowy owl, or any other unusual bird, is encouraged to report the sighting via the Outer Hebrides Birds website at www.outerhebridesbirds.org.uk

The picture shows the female snowy owl on St Kilda, taken in 2018, and is by Marcus McAdam.