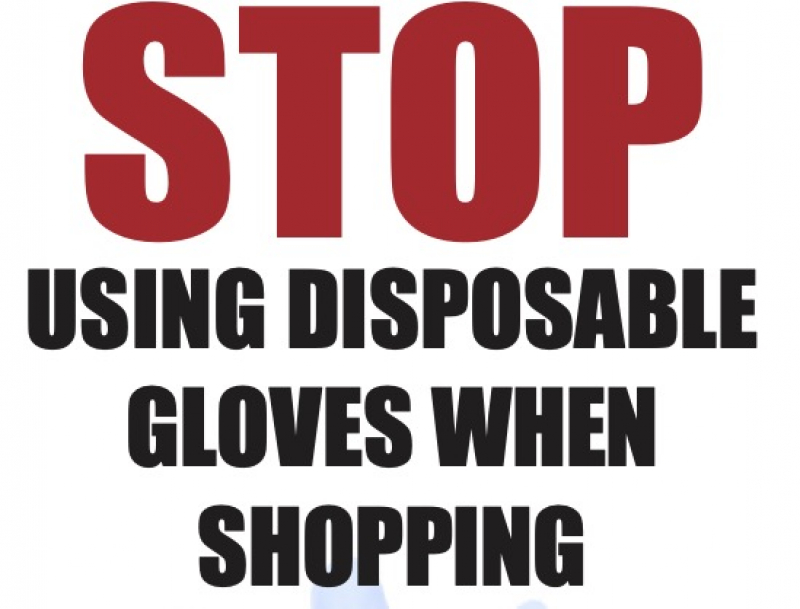 Gloves off in Covid-19 fight!

Wearing gloves when shopping – whether as customer or a salesperson – is increasing the risk spreading Covid-19…not reducing it, warns NHS Western Isles.

When used in clinical or hospital settings, gloves are used in a very specific and safe way: and they are put on, taken off and disposed of correctly.

Usually when used in supermarkets and shops by those working there, they are not regularly changed, so in fact their use is counter-productive and could result in cross contamination.

Sanitizing gloves – which sometimes people do – is also a big no-no, and not effective.

The public also gain a false sense of reassurance by wearing gloves which often means people are not as stringent with safety measures as they would be if they were not wearing gloves - i.e. they just leave the gloves on for long period, and don't change them; rather than hand-sanitizing regularly.

So people may have had the gloves on for hours and might have handled contaminated material with them.  If you handle something contaminated with coronavirus and then touch your face, the gloves won’t stop you from getting infected.

If they are worn, they need to be changed as often as hands need to be washed – and for shop staff this means after each customer!

And most gloves that come in large packs are not sterile and are associated with a risk of cross contamination. This is because they are often used when they aren’t really needed, put on too early, taken off too late or not changed at the appropriate times.

“We’re seeing a lot of people out in public wearing gloves, which isn’t wrong so to say,” says infectious disease specialist Dr Alan Taege. “But, unfortunately, most people aren’t wearing or disposing of their gloves correctly, which defeats the whole purpose.”

Gloves do not give you immunity nor permission to touch everything within reach either. Any germs that might be on your gloves can be transferred to all other surfaces and items you touch. This is why it’s counterproductive to wear gloves yet continue to rummage through your purse or text on your phone while in the store.

There’s even the possibility that the virus could stick to the latex in gloves better than it could adhere to your own skin.

“Many people don’t take off their gloves the right way, further contaminating themselves and others around them,” says Dr. Taege. “And you should never, ever reuse gloves.”

This is how complicated it is to safely remove your gloves:

But it’s far better to avoid gloves and continually wash your hands in the recommended manner or use hand sanitiser. 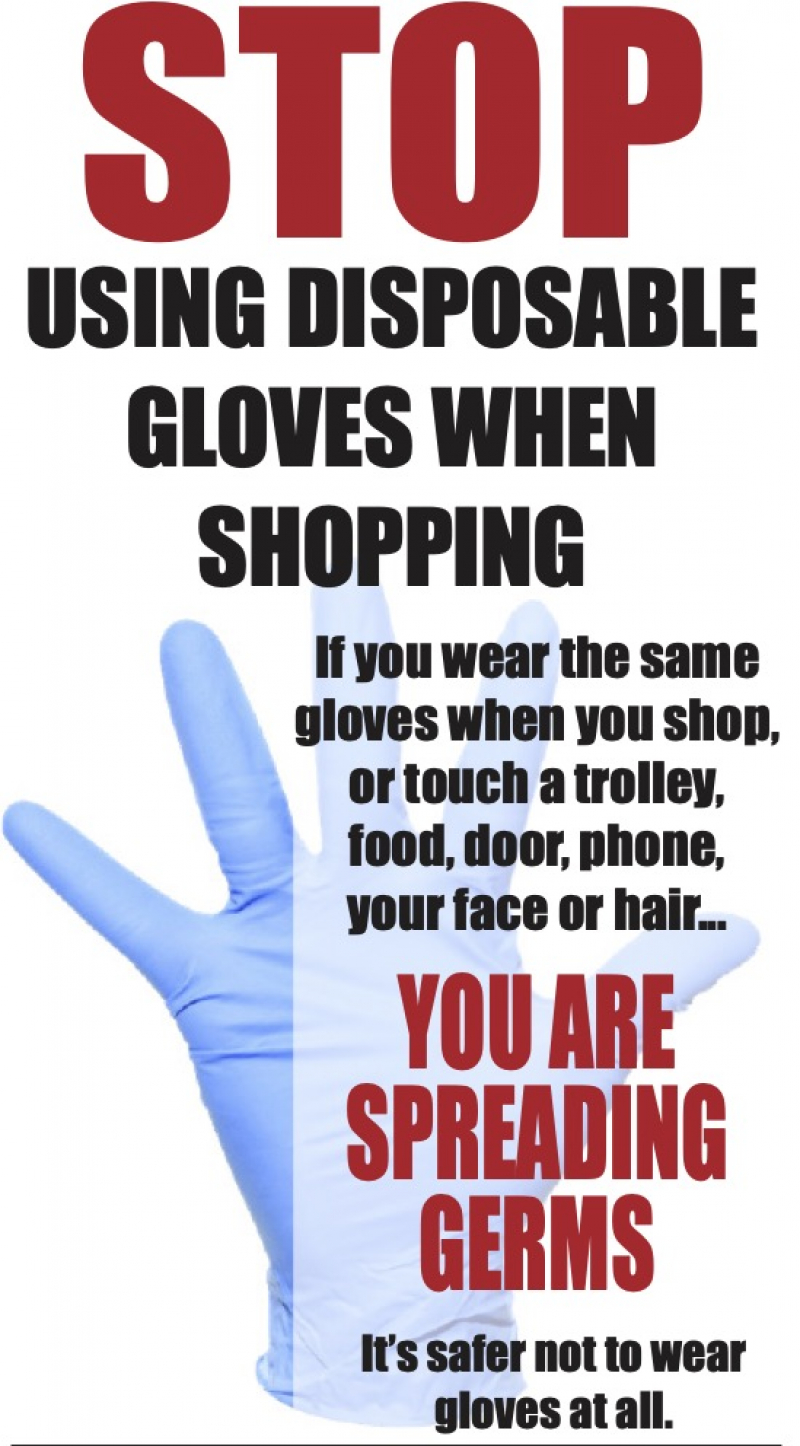