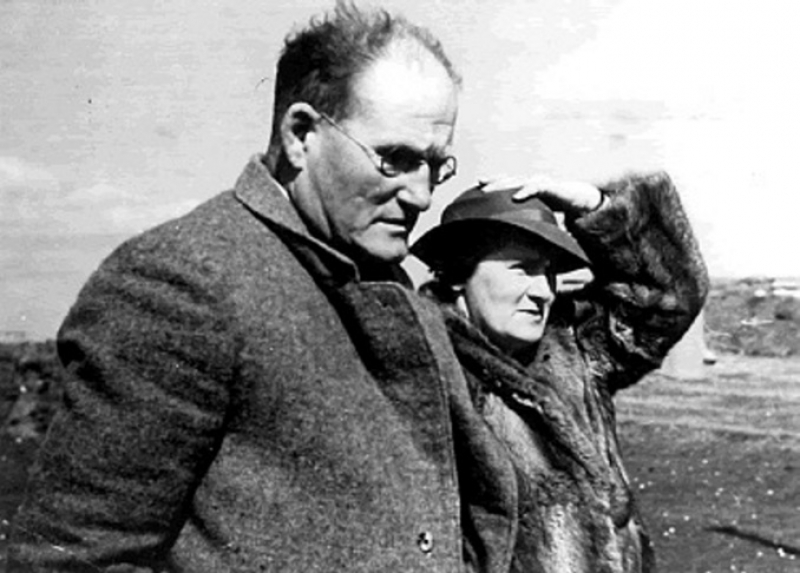 A North MSP was today (Thursday February 18) commemorating the Highlands & Islands doctors and nurses who inspired the creation of the NHS.

Highlands and Islands MSP David Stewart was telling colleagues in the chamber at Holyrood it is likely the case that not many people are crystal clear on “our greatest achievement as a region – the Highlands & Islands Medical Service”.

Mr Stewart, who is Labour’s Shadow Minister for Health, described this forerunner to the NHS scheme, founded in 1913, as “one great big awe-inspiring effort” to uncurl the hands of care all around the region, bringing vital treatment to rural settlements where health and deprivation levels were so low, the cows were better fed than the children.

Mr Stewart was saying:  “I am absolutely thrilled to bring this motion before the chamber today, recognising and celebrating the Highlands and Islands Medical Service.

Medical services in Uist from the 1930s:  https://www.wihb.scot.nhs.uk/looking%20back/Stories/Drjohnmacleod.htm.

“Widely believed to be the first of its kind, nurses riding side-saddle, pillion passengers on motorbikes cutting across some of the most difficult terrain, and doctors, with their trousers and sleeves rolled-up, strong arms at the oars, moving from one scattered rural population to the other, navigating from place-to-place by simple rowing boat - all part of one great big awe-inspiring effort, to bring care and treatment to people in what would later become recognised as the world’s first provision of state funded healthcare.

“Bringing medicines, creams, and bandages, to the back-of-beyond, to places where there was no care at all.

“The practices and principles of Highlands & Islands Medical Service were to become the bedrock, the very foundation, upon which our National Health Service was created."

“Chaired by Sir John Dewar, the Dewar Report of 1912 sought to understand the impact no health insurance was having across the region. His large team travelled across huge swathes of the Highlands and Islands, engaging with communities in Inverness, Orkney, Shetland, Lewis, Skye, Oban and many other settlements.

“It is difficult to exaggerate the enormity of this task, with the transport that was available back then in the 1910s. Doctors, crofters, fishermen and others were consulted across the region.

“It was found that the geography of the Highlands and Islands was proving problematic, both for doctors to reach people and for patients to travel to receive treatment.

“Poverty meant diets were poor, homes were damp, and disease was rife, spreading from livestock – many people died, needlessly.

“Here just to give some flavour is an extract from the evidence of Dr James Reardon in South Uist, published in the Dewar Report:

“What, do you blame? To begin with, there is no foundation for the children. The mothers don’t nurse their children, and at the age of three months they are supposed to be able to take porridge and sops. The reason for that is that the milk of their cows is given to the calves, and there is no milk for the children. It is a case of the survival of the fittest.”

“But the Dewar Report changed those people’s lives.

“It recommended that income, class or geography should not be barriers to receiving healthcare.

“It recommended the establishment of a minimum wage for doctors, funding for more district nursing associations and the standardisation in the cost of a doctor’s visit- regardless of distance.

“Parliament approved these recommendations, and the Highlands and Islands Medical Service was swiftly established in August 1913 – and handed an annual grant of £42,000.

“The Service was a rousing success. The grant provided accommodation, transport, further study and holidays for healthcare workers, and the standard of healthcare began to exceed the rest of Britain.

“These successes were detailed in the Cathcart Report of 1936, a review of the state of Scotland’s healthcare systems.

“It said: “On the basis of the family doctor, there has been built up by flexible central administration a system of co-operative effort, embracing the central department, private GPs, nursing associations, voluntary hospitals, specialists, local authorities and others, to meet the medical needs of the people”

“Further funding from the Treasury in the 1930s led to a further expansion of the Service. Stornoway now had a surgeon, as did Wick, before Shetland and Orkney by 1934. And by 1935 the first air ambulance service was established.

“The first patient lifted by the air ambulance was fisherman John McDermid in 1933. He was in urgent need of an abdominal operation that couldn’t wait for sea or road. An hour after he was lifted in Islay, Mr McDermid arrived at the Western Infirmary in Glasgow and was treated. By 1948, the air ambulance service was carrying 275 patients a year.

“Some 300,000 people across the Highlands and Islands – half of Scotland’s land mass – were able to experience a revolution in healthcare that greatly improved their quality of life, social mobility and community spirit.

Mr Stewart said: “I feel really strongly this this predecessor to the NHS should be commemorated by the Parliament. It is the last motion that I will be able to bring for debate as an elected member and one that I felt was fitting. We should never lose sight of the importance of this service, which was only made possible thanks to the herculean efforts of those doctors and nurses who, in similar vein to the medics at the forefront of today’s pandemic-ridden world, put the need of those they care for, first.”