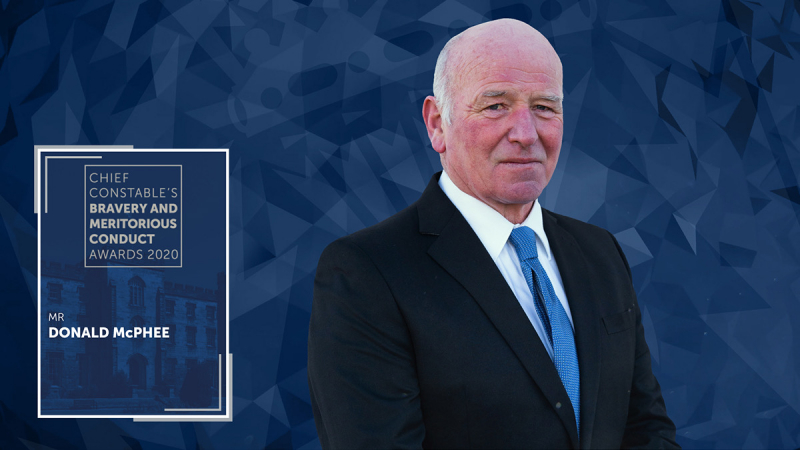 Ferry skipper Donald MacPhee of South Uist has been hailed a hero, in renewed recognition of his actions saving a woman from drowning in the River Clyde.

Don was a recipient of one of the civilian awards for bravery announced by Police Scotland on Friday (19 February).

The Chief Constable’s awards for bravery and meritorious conduct were presented during a virtual ceremony, with images of those recognised included in an on-line presentation.

Donald, a trained diver, was skipper of the Clyde-link Renfrew Ferry during the first lockdown last May. The ferry provides a pedestrian and cyclist link across the River Clyde and transported key workers including hospital staff.

He was at the helm on 27 May last year, with his son Iain MacPhee as crew, when they heard a splash near the Renfrew slipway and realised there was a car in the water.

Donald jumped into the river and pulled a 52-year-old woman out of the car.

He told the Glasgow Times after the event: “I could see (the car) was beginning to be dragged downstream and we cracked the boat into gear and nipped over.

"We dived in and got the woman out. When you get to my age, you just think that could have been my daughter, mother, sister or wife. You don't even think about it and you just do it." 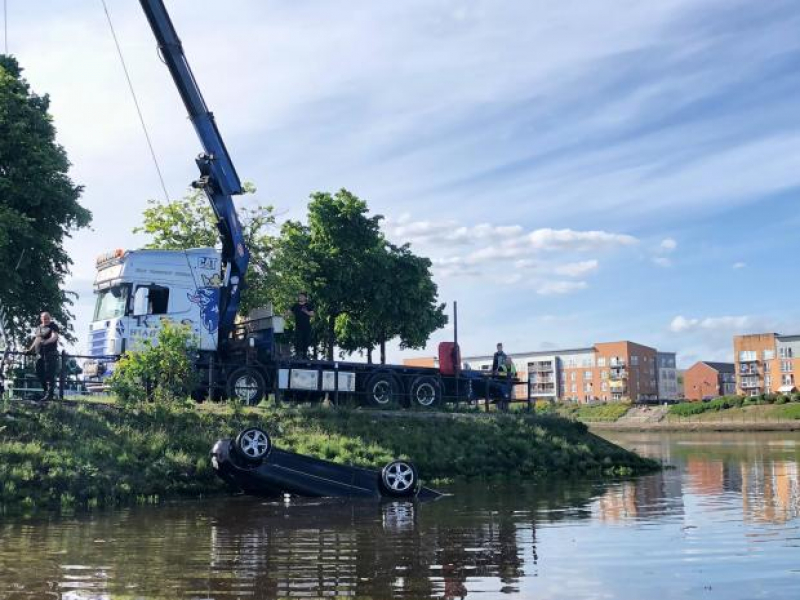 Chief Constable Iain Livingston said: “His courageous actions resulted in the rescue of the woman from a clearly life-threatening situation.”

Lockdown had prevented Don from leaving Glasgow after completing his seaman’s ticket exams in March 2020. He should have been back in South Uist before the incident happened.

Don is now back in Uist, having remained in Glasgow during lockdown, operating the Renfrew ferry daily without further dramatic incidents.

His daughter, cyclist Kerry MacPhee, works as a community liaison officer for Lewis Wind Power in Stornoway. She tweeted on Saturday: “That’s my Dad! Proud! He jumped into the Clyde and saved somebody’s life without a second thought.

“Also really want to know where the pic came from. Thought the only suit my Dad owned was a boiler suit!”

The pictures shows Don as presented at Friday’s awards (Police Scotland) and an image of the car being recovered later in the day (Iain MacPhee).