The loss of a gross total of £579,000 in salaries will have a “very significant impact” on the economy of the Isle of Lewis, an independent islands’ impact assessment says.

And there is a different islands-based option which would create more than 20 extra jobs locally.

Highlands and Islands Airports Ltd (HIAL) has been told to do more than originally planned to help cushion the blow for island communities in the Western Isles, Shetland, and Orkney.

The islands impact assessment, commissioned by HIAL after region-wide protests and union pressure after the decision to move air traffic control services to a remote centre in Inverness, was published on Friday morning (March 5). 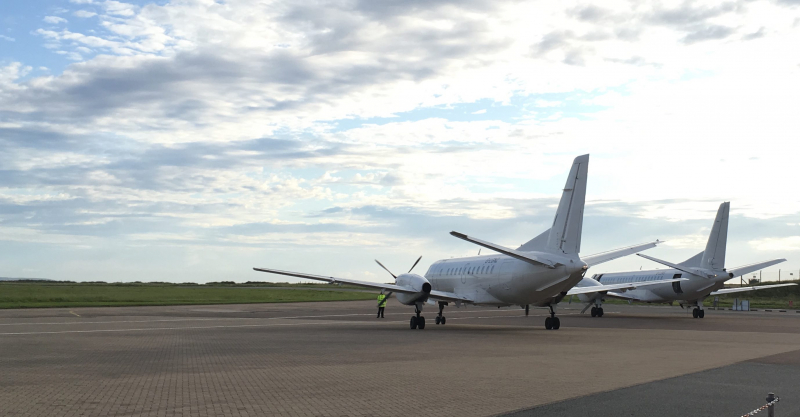 Down memory lane at Stornoway airport…yes, there really did use to be so many planes there at one time!

But HIAL is still vowing to press ahead with the controversial changes, saying the status quo is not an option.

The assessment also looks at a “local surveillance alternative” at islands airports - for Stornoway, this would mean 36 full-time equivalent (FTE) jobs - but this option has been dismissed by HIAL as too expensive and less resilient due to the need to attract significantly more local air traffic management staff.

The impact assessment, compiled by Reference Economic Consultants, said: “It is not certain that HIAL’s proposed mitigations could fully address the potential impacts on local employment and possible loss of population.

“HIAL should commission an independent report which would identify ways in which HIAL’s operations can create more economic activity in the communities they serve.”

The central air traffic surveillance centre in Inverness is currently forecast to come into operation in March 2024.

Na h-Eileanan an Iar SNP MP Angus MacNeil said the report was yet another nail in the coffin for HIAL’s plans for “empire building” at Inverness Airport. “HIAL’s plans which would cost the public purse £2.5 million extra, each and every year, are now seen for the ill-conceived, ill-thought through concepts they always were.”

He claimed that HIAL’s wayward waste of public money “has cost us £6.5 million to get to the point of understanding that removing jobs from islands and harming communities is not the way for a Scottish Government agency to go.

“Currently our airports provide excellent local jobs with no issues of staff retention, particularly when local staff are recruited, in both Stornoway and Benbecula. The money that HIAL have wasted so far could have upgraded all our airports and secured these jobs with a lot less ongoing cost to the public purse.

Down memory lane at Stornoway airport…yes, there really did use to be so many planes there at one time!

“Islands will be particularly impacted with a loss of high-quality jobs in the community if the high-cost alternative of centralising in Inverness were to go ahead.

“Currently our airlines, our ferry companies, our crofting commission, even the board of the Gaelic language are headquartered off the islands, and so much more besides. Regardless of politics everyone needs to rally around and lend support to the issue for keeping these jobs on the islands.

“If HIAL don’t drop these plans, Audit Scotland needs to investigate at least two alternatives that are cheaper than HIAL’s pet project and which would keep jobs on the islands. However, hopefully these plans will be consigned to the dustbin of history and our communities can breathe a sigh of relief, with the government saving many millions annually in the process.”

HIAL chair Lorna Jack said: “We welcome the report and commend the author on a thorough and challenging examination of the issues.

“The commissioning of the report demonstrates our commitment to listen and do everything we possibly can to mitigate any impacts.  We want to work with colleagues and communities to find practical solutions.

“We appreciate that a programme of this magnitude and complexity will bring significant change for people in our communities, including our highly-valued air traffic control colleagues.

“However, standing still is not an option - we must modernise. ATMS is the only option that provides the necessary levels of resilience required to ensure long-term sustainable air traffic service provision for the communities we serve.”

And back in September 2016, a Boeing 737 on the Stornoway tarmac

HIAL has identified and put forward numerous initiatives aimed at making the transition as manageable as possible.

The Board has accepted the potential impacts on local employment and economies and agreed with the further recommendations to explore where HIAL’s operations can create more economic activity for island communities. HIAL intends to commission an independent study to identify where that can be done, specifically, for Lewis, Orkney, Shetland and Uist.

HIAL managing director Inglis Lyon, said: “We have always known there would be impacts by undertaking such a significant and complex change management programme.

“To date, there have been no alternative proposals that provide a solution that fully addresses all of the challenges HIAL currently faces.”

HIAL says it has written to all relevant local authorities to request meetings and has offered to work together with stakeholders to identify where it can contribute further to local economies.

Mr Lyon said: “We hope that everyone with a vested interest in the long-term future of air traffic services in the Highlands and Islands will work us to deliver viable solutions that will maintain lifeline services and essential connectivity for generations to come.”

The islands impact assessment can be found on the HIAL website at https://www.hial.co.uk/hial-group/air-traffic-management-strategy/impact-assessment/