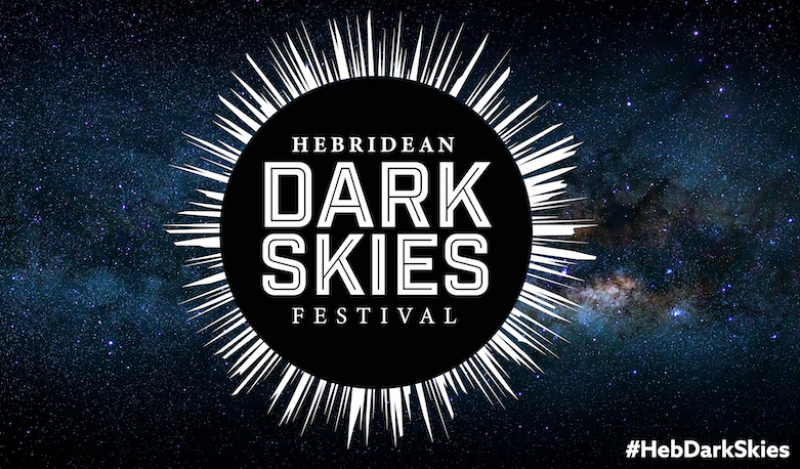 The 2021 Hebridean Dark Skies Festival’s two flagship live events have been rescheduled to Friday 15 and Saturday 16 October, with tickets on sale from 10am on Thursday 1 April.

On Saturday 16 October, Kathryn Joseph and Lumen will see the Scottish Album of the Year Award-winning songwriter perform live on the Isle of Lewis for the first time. The show will feature visuals specially created by London-based artist collective Lumen, who are exhibiting in Scotland for this first time as part of this year’s Hebridean Dark Skies Festival programme. And on Friday 15 October, Renzo Spiteri will perform Stillness, an immersive live performance that takes audiences on a journey through the different textures of darkness and light.

The shows, originally planned as the festival’s opening and closing events in February 2021, will both take place in the main auditorium at An Lanntair, which expects to be hosting live events again by this autumn.

Festival programmer Andrew Eaton-Lewis said: “We are really excited about welcoming live audiences back to An Lanntair. There has been lots of interest in the Hebridean Dark Skies Festival from audiences outside of Lewis, with people from all over the world responding to February’s online programme. We hope that putting on a weekend of Dark Skies events in October will encourage people to visit the island once it is safe to do so, and we look forward to giving them a warm Hebridean welcome.”

For now, both shows are still being ticketed as limited capacity events in anticipation of social distancing rules still being in effect in October, so early booking is advised when tickets go on sale on Thursday 25 March. Those who booked tickets for the original dates in February will not have to rebook, but will be given the option of cancelling their tickets if they cannot make the new dates.

Kathryn Joseph is one of Scotland’s most acclaimed singer-songwriters. Her debut album Bones You Have Thrown Me and Blood I’ve Spilled won the 2015 Scottish Album of the Year Award. Her follow-up, From When I Wake The Want Is, was also shortlisted for the prize. Her music has featured in the National Theatre of Scotland’s stage adaptation of Emma Donoghue’s novel Room, and in the recent film The Outlaw King.

Lumen are a London-based art collective brought together by a shared interest in themes of astronomy and light. Launched in December 2014 by artists Louise Beer, Melanie King and Rebecca Huxley, they have curated or co-curated over 70 exhibitions and been commissioned to create work by the British Science Association and the Green Man Festival. They have also hosted residencies in Cornwall and Atina, Italy. Their Dark Skies Festival exhibition will be open to the public as soon as An Lanntair reopens after lockdown and is currently available to view in the venue’s virtual gallery.

Renzo Spiteri is an internationally respected multi-percussion player and drummer, composer and improvisor who has been described by the press as “an artist who constantly surprises” and whose music “touches the soul directly”. Renowned for his artistic versatility, creative use of sound and unlimited modes of expression, Renzo specialises in interdisciplinary and cross-artistic projects, collaborating with contemporary dance choreographers, visual artists, theatre directors, spoken word artists and filmmakers.

Kathryn Joseph said: “I feel so lucky to get to be part of the beautiful Hebridean Dark Skies Festival and I cannot wait for all of it. My dad lives on Lewis so it will be very lovely to get to be back there in all of the ways. Thank you so much for having me.”