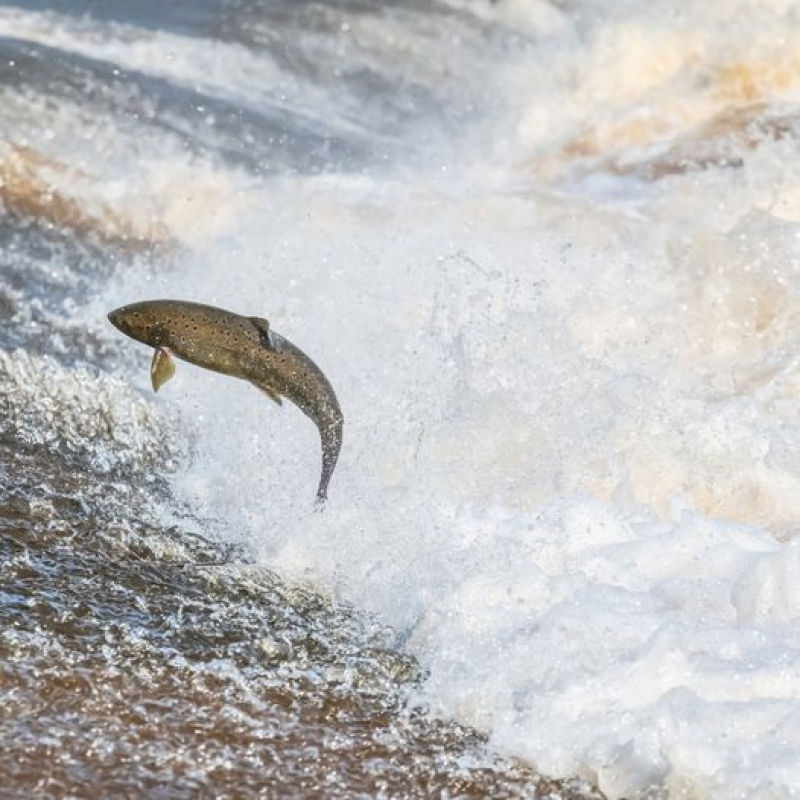 The Scottish public may be more concerned than governments realise about the future of wild salmon in Scottish waters, according to Salmon and Trout Conservation Scotland.

And there’s a growing movement to pressurise government to end their pursuit of what is described as ‘irresponsible expansion of underwater factory farms’ with the campaign group Compassion in World Farming aiming for 100,000 signatures on an open letter at https://action.ciwf.org.uk/page/77237/petition

The conservation group recently (19 March) commented on a poll commissioned by the active campaign group Inside Scottish Salmon Feedlots (ISSF) and conducted by the international polling company Survation.

The survey showed support from the Scottish public for protecting wild Atlantic salmon, with 83% of those expressing an opinion saying that wild salmon should be protected even if it meant possible job losses for the industry.

The same poll showed equally strong support for the proposal that salmon farms should not be permitted to dump their waste at sea. 79% of those expressing an opinion backed that position, just 8% disagreed.

Compassion in World Farming said their investigators found appalling animal welfare standards in some salmon cages, including salmon with parasites eating away at their skin, seaweed growing from open wounds, and chunks of flesh missing.

Some of the fish were swimming in dirty, deoxygenated water while dead fish were dumped in open pits, creating what they called a potential biosecurity risk

Salmon and Trout Conservation Scotland said: “The Scottish Government have endorsed a plan to double open cage salmon farming in Scottish waters. The polling results suggest this expansion would not be popular with the Scottish public.

“Other major salmon farming nations are moving away from open cage aquaculture towards less polluting alternatives, citing the need to avoid obsolescence, protect the environment and ensure a long-term future for their industry.

“The fisheries minister of Norway, which has the largest open cage salmon farming industry in the world, has made it clear that he wishes to see much more salmon farming carried out in closed containment to protect the environment.

“Meanwhile the Canadian government is closing open-cage salmon farms and the Danish environment minister announced legislation last October which brings ‘an end to the expansion of marine production’, noting that the ‘aquatic environment is in crisis’ and that ‘the sea should not be a dustbin’.

A spokesperson for the Coastal Communities Network, whose members include Clean Coast Outer Hebrides and the Hebridean Whale and Dolphin Trust, said: "This survey confirms that there is little public support for fish farms being run as they are.

“Scots understand that if Scotland’s future is as an independent nation it will need its seas to be healthy. The salmon farming industry must now choose between being good neighbours or bad. It must prove that it does no harm before looking to expand.”