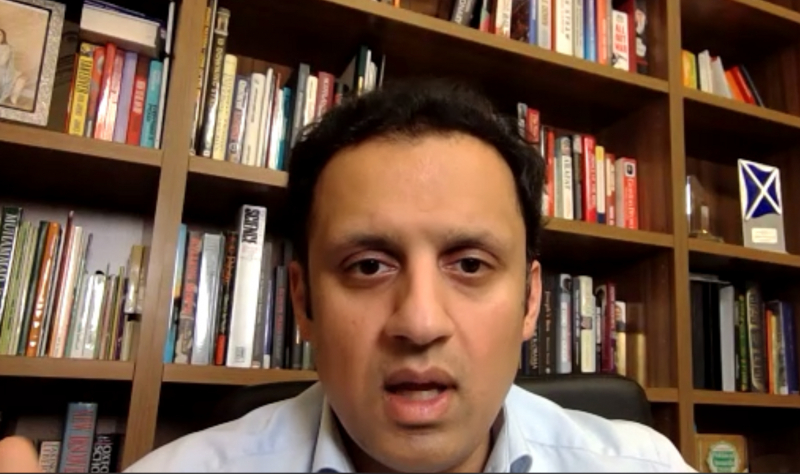 Labour's candidate for the Western Isles, Shaun Fraser, has warned of a "jobs black hole" facing more than 1000 islanders without serious measures to counter the effects of the pandemic.

Mr Fraser was backing the "jobs for recovery guarantee" put forward by Scottish Labour leader Anas Sarwar's as a key plank in the party's platform.

He said: "Labour is the only party facing up to the scale of challenges involved in recovery and the implications in terms of jobs, particularly for young people"

He pointed out that after the first lock-down last year, the number claiming out-of-work benefits in the Western Isles almost doubled to 875. "This time, as furlough winds down and many employers face hard choices, we could be looking at more than 1000 people in this small constituency alone facing unemployment"

The Labour commitment would include six months of employment and training for everyone under 25 without a job,  people over 25 who find themselves long term unemployed, and also to every disabled person out of work.

Launching the plan Mr Sarwar said "Scotland is facing a national jobs emergency and without urgent, ambitious action we could see hundreds of thousands of people facing a future out of work. Scottish Labour will put national recovery before all else and will focus on what unites us, not what divides us.”

Also included in Labour’s plans is a new Scottish skills benefit which would allow those on furlough or currently unemployed to up-skill as well as targeted funds to recruit and train key workers including nurses, carers, teachers and engineers – along with extra funding for apprenticeships

The need for specific, coherent measures was endorsed by Shaun Fraser who said: "This is at the very heart of Scottish Labour's National Recovery Plan. For people entering the jobs market for the first time, it is a particularly worrying scenario and they need the support and reassurance that Labour's commitment will bring.

"The additional risk in the islands is that if people cannot find work here, they will move to the mainland thereby contributing to a process that is already causing a fall in population and further age imbalance.  Nowhere needs a jobs plan more than the Western Isles".

Daniel Johnson, Scottish Labour Finance Spokesperson, said:“Lock down has brought many businesses to the point of collapse so these statistics showing large underspends and thousands of businesses rejected for support grants will leave many local business feeling abandoned and worried about their future.

“There are now critical questions about why funding has been slow to be provided, how it has been administered and how could there both be such large underspends and rejection rates. The fact that even the discretionary fund - which was supposed to be for those businesses that had fallen through the cracks - has been underspent is alarming.

"This is money that should be in the hands of businesses not sitting in Scottish government bank accounts. SNP ministers must urgently confirm that support schemes will extended and set out how this money will be disbursed. My worry is that the consequence of this inaction will be high streets strewn with ’To Let’ signs.

"Scottish businesses need a government focussed on recovering our shattered economy. Only Scottish Labour is committed to National Recovery Plan and rejecting the distraction of the politics of division."

Rhoda Grant, Inverness and Nairn Candidate and lead Candidate for the Highlands and Islands Region, said: “I met with the Finance Secretary, Kate Forbes, just before the Parliament went into recess for the election. She told me then that there was a huge underspend of discretionary funding and I appealed to her to help owners out before their businesses go to the wall.

“I have had strong, normally self-sufficient, business owners in tears telling me the application process is confusing and they feel distraught having to almost plead for funding to save their livelihoods. Through no fault of their own, these owners’ fears for their futures are growing day on day.

“That only one third of the £120m discretionary funding has been allocated, while owners despair, is deeply distressing. The government has to inject a sense of urgency into this and get this money out to the businesses in need now before their worst fears become a reality.”

Details about Covid support underspending were added after the article was first published.