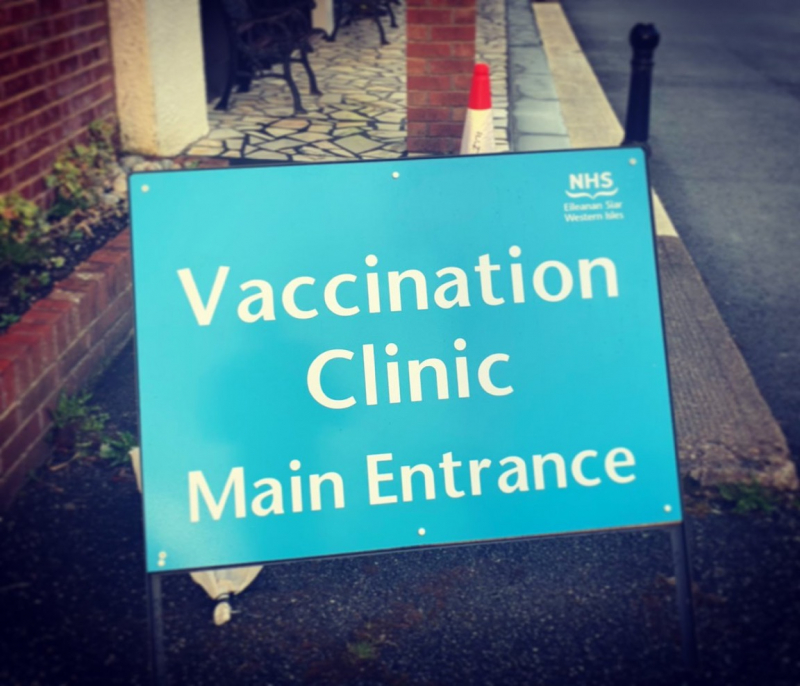 Once again, there were no new cases of COVID-19 in the Western Isles yesterday, it was reported in the latest update from NHSWI Chief Executive Gordon Jamieson last night (Sunday April 17).

He explained: “We vaccinated around 500 people today and there is also a large clinic tomorrow (Sunday) in Uist.”

EVENTS editor Fred Silver points out that vaccinations are now moving into the sections of the population who will have no memory at all of community infections on the scale of Covid-19.  The worldwide nature of this pandemic has been accentuated by the vast amount of international and intercontinental travel being undertaken in modern times – but widespread vaccinations to combat a range of diseases have been taking place for more than 200 years in one form or other.

A century ago, there were vaccinations for smallpox, pertussis (whooping cough), diptheria and tetanus.

But a growing threat was the polio virus which had survived quietly as an endemic pathogen until the 1900s when major epidemics began to occur in Europe.  Soon after, widespread epidemics appeared in the United States.  It is believed that improved hygiene and living conditions meant that very young children were never exposed to the virus and so immunity declined in the older population.

By 1910, frequent epidemics became regular events throughout the developed world primarily in cities during the summer months. At its peak in the 1940s and 1950s, polio would paralyse or kill over half a million people worldwide every year. In 1977, the National Health Interview Survey reported that there were 254,000 people living in the United States who had been paralysed by polio.  The paralysis left victims unable to breathe unaided and vast wards with patients in “iron lungs” developed in major medical centres. Then in the 1950s the Salk and the Sabin vaccines were developed - and by 1970 the scourge of polio was over. 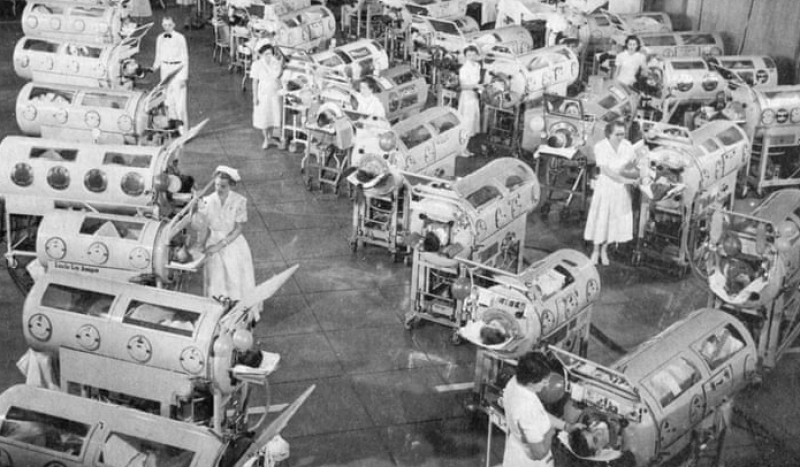 Mr Silver recalls the terror in his childhood of a polio outbreak in the Lancashire town of Blackburn, near his childhood home. Vaccination centres were immediately set up all over the area.

In scenes familiar to us just now, The Lancashire Evening Telegraph reported how it was on August 2, 1965, that news of the disease first broke – an 18-year-old girl had died, and three other youngsters were in hospital – with two in isolation.

Dr John Ardley, Blackburn’s medical officer who worked 12-hour days to contain the outbreak over the following month, immediately warned: “Blackburn’s guard was down when the virus struck. If people had taken notice of our pleas in recent years to take the vaccine, the present outbreak would not have been so bad.”

Dr Ardley went on: “We are arranging clinics for the immunisation of all members of the public, particularly young people, as they are much more vulnerable.”

All four of the first cases were from the Blackburn district of Little Harwood, but by the time the outbreak petered out, it had hit families in Accrington, Clitheroe, Barrow, Baxenden and Clayton-le-Moors, up to 75 miles from the first locations.

Teenagers were urged to stay away from dance halls and avoid violent exercise, and public baths were ordered to increase the content of chlorine in pools.

Within a day there were large queues of people waiting for vaccinations, but as the number of cases continued to increase in the first week, Dr Ardley urged: “Stay by the fireside and watch TV – it’s safer,” adding: “It is amazing how mobile teenagers and children are.”

By August 7, five days after the emergency began, 15,000 people had been immunised, with clinics set up in several large community buildings – another five days later, 63,000 people had queued for the vaccine.

A month later, the outbreak petered out as social distancing and vaccination overcame it.

Mr Silver points ou that a key role of vaccination is preventing transmission…younger people are more likely to believe they’ll be fine…but their actions affect everyone else.  A hard lesson in a society dominated by individualism.