A military exercise now starting in the waters around the Western Isles will be the largest NATO exercise in UK waters for more than a decade, according to Royal Navy sources.

The Sea of the Minch, Stornoway airport and the Qinetiq range in South Uist will be significant locations for the battle-games of Operation Strike Warrior, part of Joint Warrior 2021.

And the build-up of hardware in and around the islands will also serve as a final testing exercise for the Navy’s newest warship, the aircraft carrier HMS Queen Elizabeth, ahead of her first fully-operational deployment. 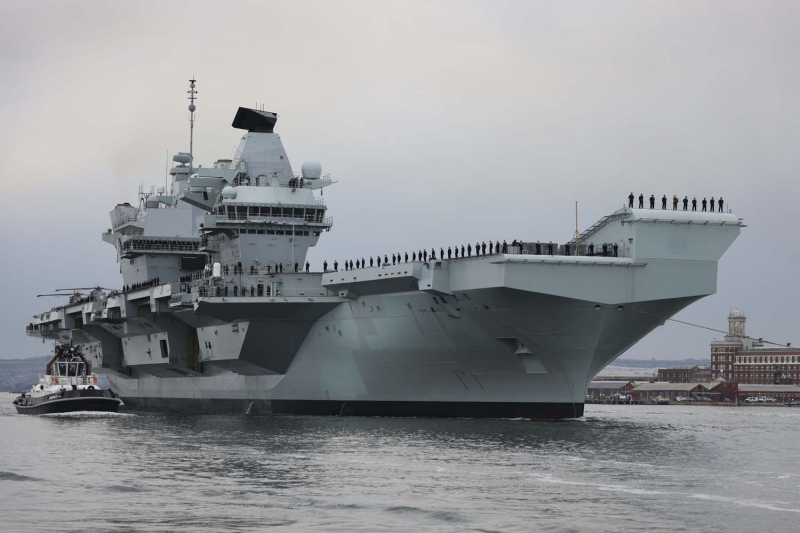 HMS Queen Elizabeth set sail from Portsmouth on Saturday (1 May) together with warships HMS Defender, HMS Diamond and HMS Kent, while HMS Richmond left Plymouth, and Wildcat helicopters from 815 Naval Air Squadron departed their base in Yeovilton.

They’re all set to join the UK Carrier Strike Group for the exercise, which runs until 20 May, including exercise Joint Warrior between 8 and 20 May.

A Royal Navy statement issued on Thursday (29 April) said: “One of the largest military exercises of its kind in Europe, Strike Warrior 21, which incorporates Exercise Joint Warrior 21-1, will run from May 8-20, with many of the participating vessels operating off the north coast of Scotland.

“Joint Warrior 21-1 is integrated with Exercise Strike Warrior 21 as part of the final preparations for the first deployment of the UK’s Carrier Strike Group (CSG) next month. HMS Queen Elizabeth, the Royal Navy’s Fleet Flagship sits at the centre of the CSG, which will deploy shortly after the completion of Strike Warrior.

“Ten nations, (nine NATO and one non-NATO) will take part, bringing 31 warships, three submarines, 150 aircraft and around 13,400 military personnel including 1,500 ground troops to military ranges across the country and to maritime exercise areas off the west and north coasts of Scotland.

“The participating NATO nations will be the UK, USA, Denmark, France, Germany, Latvia, The Netherlands, Norway and Poland. Australia is the non-NATO participant.” 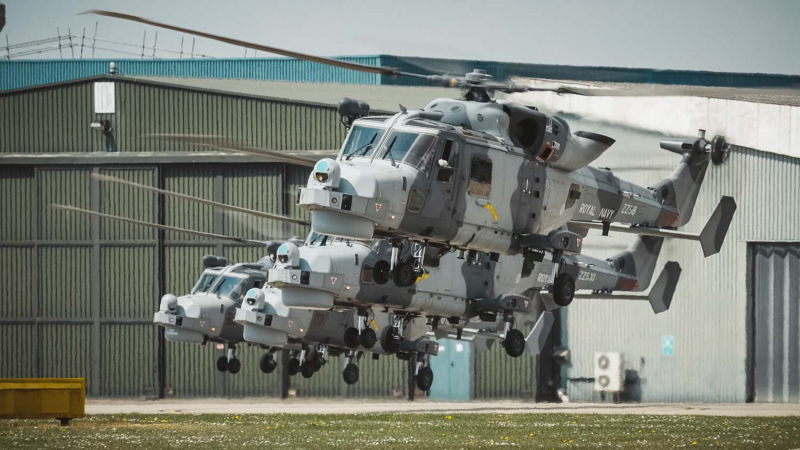 Exercise activity will see 34 naval units participating around the Scottish coast. A total of 150 aircraft will take part in the exercise, with some of them operating from Stornoway airport, while joint firing activity will take place at Cape Wrath, Garvie Island and the QinetiQ Hebrides range.

Exercise activity in the North Minch, to the west of Ullapool, will involve numerous fast small boats, both civilian and military, on Tuesday 18 and Wednesday 19 May. This activity will remain clear of the main shipping and ferry routes.

Military ships maintain a detailed plot of maritime activity in their vicinity, which includes establishing the identity of small fishing vessels, either visually from helicopters or by challenges on IMM VHF radio by ships.

Mariners are advised that warships from various allied nations will be conducting reconnaissance and challenges in the Sea of Hebrides, the Little Minch, North Minch and the Outer Hebrides. Mariners’ co-operation during this time would be much appreciated.

A small number of contracted civilian vessels including high speed craft will be operating in the vicinity of the Minches in support of this training task. Every effort will be made to avoid interference to fishing vessels.

Inert training mines have been laid in designated areas for mine-sweeping operations, including in the Minch north-east of the Shiants. Mine-sweeping will be conducted by HMS Bangor, HMS Grimsby and FS Sagittaire.

Live firing and gunnery will take place from the Qinetiq Hebrides range on Tuesday 18 and Wednesday 19 May between 8am and 6pm.

There will also be GPS denial operations at limited periods each day, not more than an hour at one time, from Loch Ewe. Jamming of GPS signals may affect equipment using GPS within the North Minch northwards from Rubha Réidh to Stoer Head.

Stornoway airport is expected to see significant aviation activity, with sorties and diversions from aircraft on exercise, as well as planned landings and overnight stays. Some of those expected include a Merlin from tomorrow (Tuesday 4) onwards and sorties from T1 Hawk jets between 10 and 13 May.

A Royal Navy spokesperson said: “Exercise Joint Warrior or Strike Warrior as it is known for this time only, is linked directly with the NATO military training exercise programme and brings together all three UK Armed Forces – the Royal Navy, Army and Royal Air Force – along with the other participating countries, to provide high quality training opportunities and improve joint operations between the UK and its allies.

“Participants will practice a wide range of capabilities across land, sea and air in coordinated joint operations with other allied nations, with the Carrier Strike Group being a key element on this occasion prior to the deployment of the HMS Queen Elizabeth Task Group.

“The scenario of the exercise will mirror a broad range of crisis and conflict situations which could realistically be experienced in real-world operations.

“Over the fortnight, participants will be faced with a period of increasing political and military tensions, along with a huge range of realistic military tasks such as intelligence gathering and reconnaissance, anti-smuggling and counter-terrorism operations, humanitarian assistance and evacuation operations.

“All units involved in the exercise will observe Covid-19 control measures, such as a general requirement for 14-day quarantine periods before personnel can embark in the ships of the UK Carrier Strike Group.  In addition, there will only be limited port visits by UK and allied units and then only for operational and logistical reasons.”

The flagship of the UK fleet is HMS Queen Elizabeth, one of the Royal Navy’s largest and most sophisticated warships, fitted with state-of-the-art equipment and providing a base for up to 40 aircraft with up to 1,600 sailors, aircrew and commandoes aboard.

She sits at the heart of the Carrier Strike Group and is supported by a fast and responsive fleet of jets, helicopters, destroyers, frigates, nuclear submarines, support vessels and minesweepers.

The Royal Navy says: “They are all vital pieces of kit, each with their own role to play in the modern Royal Navy but put them together with a state-of-the-art aircraft carrier at their centre, and you have a fighting force that’s as potent as it is flexible.”

The culmination of Strike Warrior will see the CSG certified ready for deployment, at which point the fleet will embark on a worldwide tour of duty, accompanied by all its support vessels and services.

A Royal Navy spokesperson said: “It is fitting that our final and most demanding test prior to deployment involves so many of Britain’s allies.

“Exercise Strike Warrior is an opportunity prove to ourselves and to the world, that we have what it takes to act as cohesive and potent fighting force at sea, under the water, in the air and over the land.” 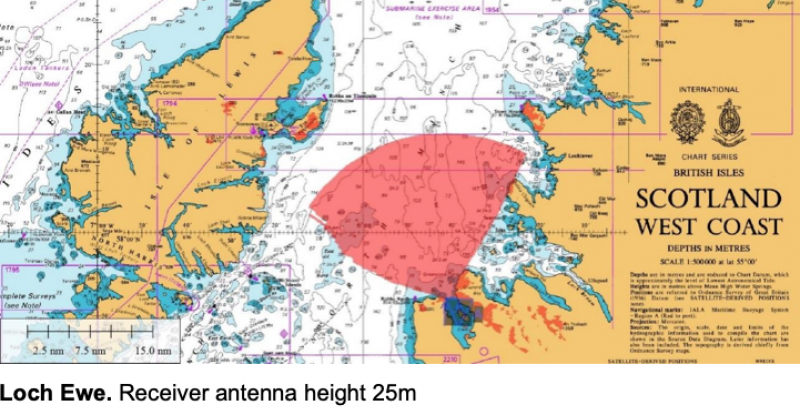